Share All sharing options for: Reviews for Mu Ramen, All'onda, Narcissa, and More

Instead of a formal restaurant review this week, Pete Wells rounds up the city's top bowls of ramen. He's a fan of the noodles at Hanjan, Minca, Rai Rai Ken, and Totto, but his favorite version of the dish is served at Mu Ramen, Joshua and Heidy Smookler's Long Island City pop-up:

Mu's cloudy tonkotsu broth, simmered with pork bones for most of a day, stopped me cold. It had the body of old-fashioned, cream-on-top milk from a tiny dairy. Of course it clings to the thin, straight, firm noodles, which do a little jitterbug as you reel them into your mouth. (Boil ramen noodles too long and they won't even slow dance.) Mu's other ramen was spicy miso, with fatter noodles that were even more animated, and a broth that was just as lush, with a hint of sweetness and a lingering burn. 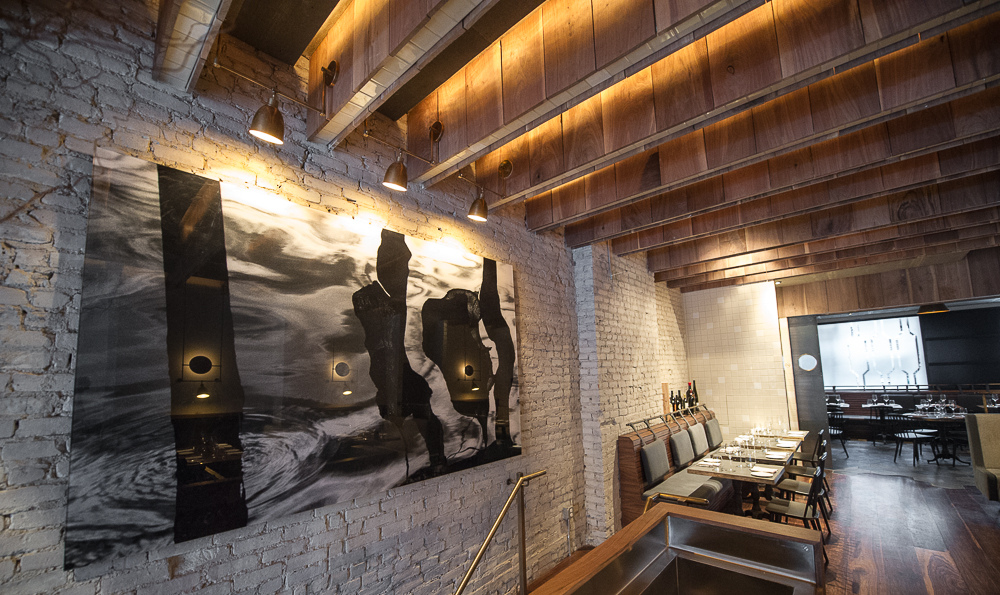 Steve Cuozzo is not totally sold on the new Union Square restaurant from Jeffrey Chodorow, Chris Jaeckle, and Chris Cannon: "Most of All'onda's dishes are very good. Several are great...But All'onda's Japanese edge is one of those attention-grabbing shticks to get the blogs buzzing pre-opening. I'm totally down with squid ink arancini — but uni on top tastes as silly as it looks. Still, the sea urchin-adorned rice balls (three for $9) are in demand by lounge lizards who pack the raucous ground-floor bar and communal table." Two stars. [NYP] 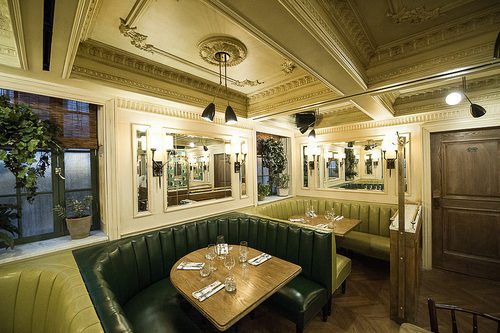 [Margaux by Daniel Krieger]
Michael Kaminer gives four stars out of five to Margaux at The Marlton: "Urfa Biber is not the name of a long-lost German sister of a Canadian pop star; it's a dried Turkish chili pepper that's smoky, not hot. In another smart move, this Biber gives Margaux's moist rotisserie chicken ($21) a deep, rich flavor that penetrates through the skin. Smashed sweet potato and fiery green harissa bring color and zest." [NYDN]

Joshua David Stein is impressed by John Fraser's cooking at Narcissa: "Again and again, Mr. Fraser's small touches uplift his menu. He never manhandles his vegetables or shoves them into the spotlight. He just listens to them—the cucumber-basil water of the raw tuna, the fricassee mushrooms and tender-crunchy chayote forming a nest into which a farm egg is lovingly placed, even the translucent film of cabbage melted onto baked oysters like Saran wrap. Each ennobles their dish." [The Observer]

[Mountain Bird by Bess Adler]
THE ELSEWHERE: Gael Greene likes a lot of the poultry dishes at Mountain Bird in Harlem, Restaurant Girl gives a big thumbs up to Narcissa, Amelia Lester digs the rustic American fare at Foragers City Table in Chelsea, Alan Richman lists his five favorite dishes of the year, and Ligaya Mishan is charmed by Rusty Mackerel in Hudson Heights. 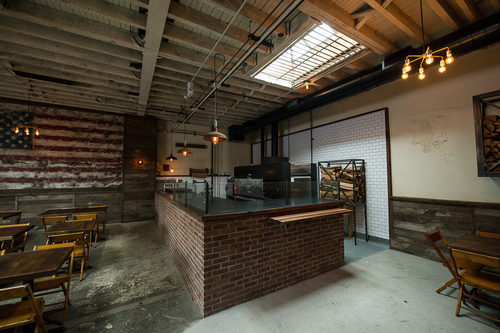 [Hometown by Daniel Krieger]
THE BLOGS: Serious Eats editor Max Falkowitz is impressed by the smoked meats at Homteown in Red Hook, Immaculate Infatuation's Andrew Steinthal is slightly disappointed by All'onda, Joe DiStefano lists his favorite Himalayan dishes, Goodies First has a pleasant dinner at Rotisserie Georgette, Hannah Palmer Egan visits Fung Tu in Chinatown, The Food Doc likes some dishes more than others at Má Pêche, and NY Journal is pleased with his meal at Piora in the West Village.