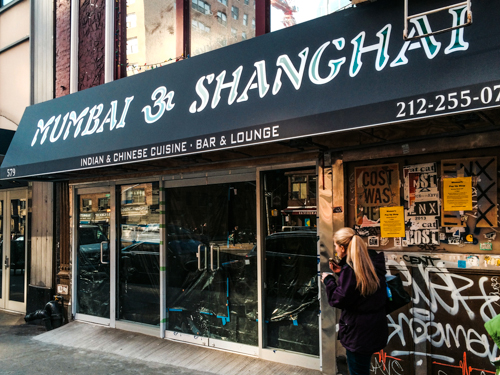 1) Chelsea: Mumbai & Shanghai, which will likely to be an excursion in fusion cuisine, à la Chinese Mirch, is set to open at 579 Sixth Avenue soon. A hearing to determine the restaurant's liquor license is scheduled for April 8. The space was formerly the home of nightclub Rush. [PLYWOOD] 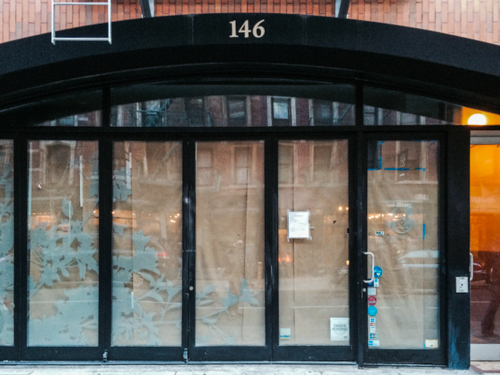 [Photo: Nick Solares]
2) Lower East Side: The plywood is back up and the menus are down at Alegre at 146 Orchard Street. The project is a collaboration between Aarón Sánchez and Bill and Gus Chimos. It will mark the return to the neighborhood for Sánchez who once notably helmed Ludlow Street's now shuttered Paladar. The lone sign on the window reads that the establishment has an application for a liquor license on record with the SLA. [PLYWOOD]

3) Gramercy: The plywood is up on 327 Second Ave and a restaurant called Mezcla, has applied for a liquor license. The space was the former home of Italian restaurant Capucine's, a neighborhood mainstay that shuttered last April after a 33 year run. The word "Mezcla" might be a mispelling of "Mezcal."[PLYWOOD] 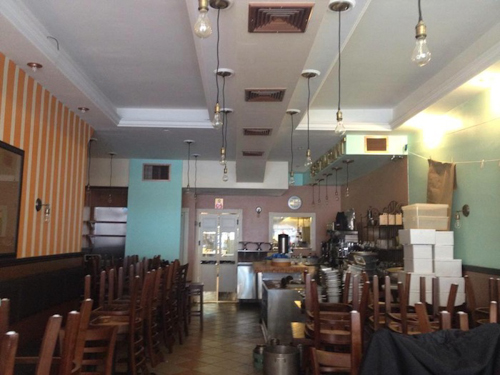 [Photo: Facebook]
4) Ridgewood: A "locally owned gastro pub" specializing in barbecue is under construction on the intersection of Myrtle and Forest Avenues. The restaurant will be called Dish and is expected to open in a month's time. [Brownstoner Queens]

5) Upper West Side: Lucky Strike Lanes and Amsterdam Billiards owner Ethan Hunt will be bringing E's Bar, which will serve food as well as drinks, to 511 Amsterdam Avenue. The space was formerly occupied by gastropub Slightly Oliver. There is no word on the menu at this time but the bar is expected to be open by May 1. [DNAinfo]

A previous version of this post indicated that Peter Chimos was partnering with Aarón Sánchez, it is in fact Bill and Gus Chimos