As noted yesterday, Pete Wells likes Chris Jaeckle's inventive Venetian/Japanese cuisine at All'onda near Union Square: "Long quills of garganelli are tossed with chunks of sweet crab and toasted bread crumbs. It's all very classic, as is the warm spiciness that lifts up the pasta. But the source of the spice is yuzu kosho, the Japanese condiment fermented from yuzu peel and a weaponized dose of chiles. The way Mr. Jaeckle uses it, though, nearly convinced me that yuzu kosho should be sold at Eataly." Some of the desserts miss the mark, but Wells thinks that the food and lively spirit of the restaurant merit two stars. [NYT]

Steve Cuozzo gives one and a half stars to Marc Murphy's Kingside: "All that stands between Kingside and two stars is more discipline. 'Large plates' are inconsistently executed. How did the same kitchen behind juicy, rich-flavored monkfish also send out desert-dry poached fluke that recalled my fish-hating mom's fried flounder circa 1960? While beer-braised beef short ribs ($34) fell luxuriantly from the bone, braised pork shank ($32), a house pride, arrived rigid and near-arid." [NYP]

Stan Sagner gives four stars out of five to Skal on the Lower East Side: "After marinating for a week in housemade yogurt, supple Elysian Fields Lamb Rib ($27) gently roasts swaddled in wild hay. The result yields more bone than meat, but what meat! Crowned with roasted rutabaga and velvety strained buttermilk, the precious bites were incredibly rich and satisfying. I couldn't help licking my plate." [NYDN] 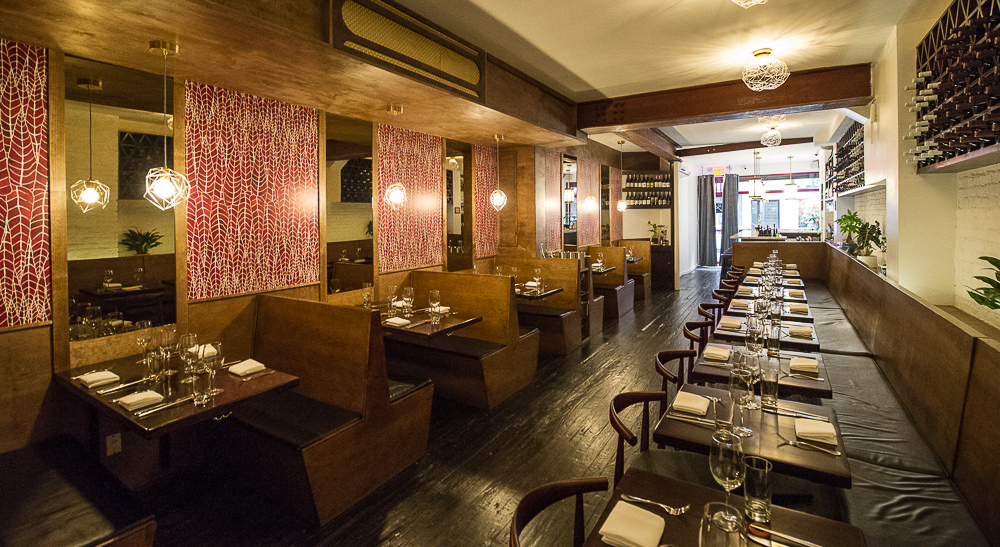 Adam Platt gives two stars to Fung Tu and one star to the revamped Empire Diner. On the former: "At this stage in its development, the smoked-chicken salad with masa-scallion pancake lacks smoke, and the pancake could use a dose of oily Chinatown goodness. Our order of fluffy Parker House steamed buns...were technically ­perfect, however, and so was the excellent Jian Bing crêpe, which is crisp and tubular, like an Indian dosa, and stuffed with ropy deposits of braised beef." [GS/NYM] 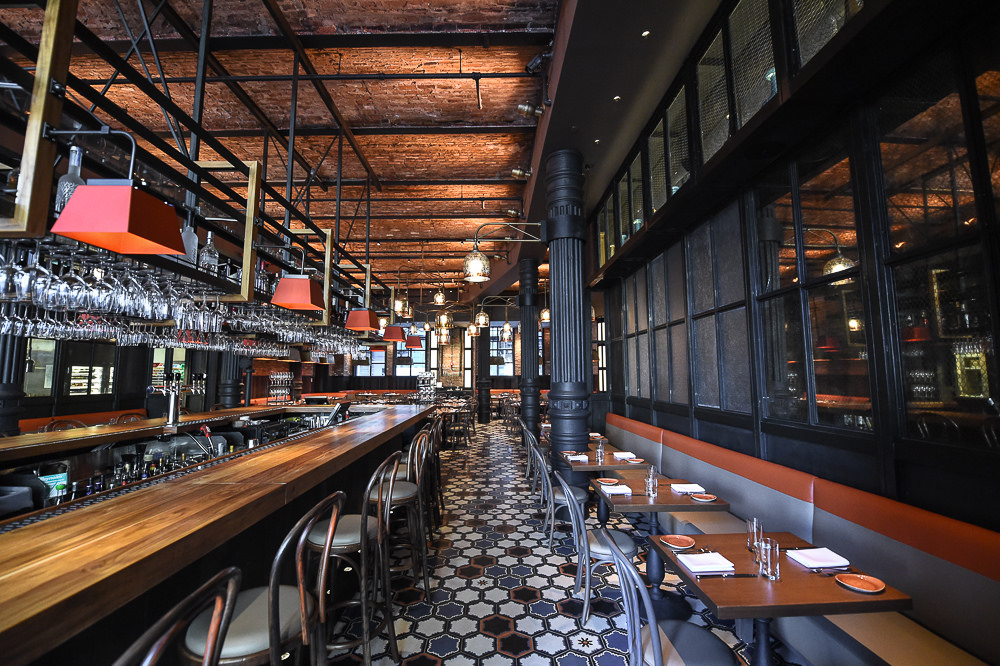 [Gato by Krieger]
THE ELSEWHERE: Gael Greene has a few great meals at Bobby Flay's Gato, Hannah Goldfield of Tables for Two digs the vegetable-heavy menu and hip scene at Narcissa in the East Village, Restaurant Girl is wowed by Rosette on the border of Chinatown and the Lower East Side, and Ligaya Mishan falls head over heels for Fung Tu.

[Narcissa by Daniel Krieger]
THE BLOGS: Jamie Feldmar offers a guide to dining at Crazy Crab 888 in Flushing, Immaculate Infatuation's Andrew Steinthal gives a 7.0 rating to The Loop in Gramercy, The Food Doc is impressed by John Fraser's cooking at Narcissa, Goodies First has a satisfying meal at Zum Stammtisch, Joe DiStefano discovers solid Hainanese chicken and rice at Eim Khao Mun Kai in Elmhurst, The Pink Pig samples the burger at Prince Street Cafe, Eat Big Apple gives a thumbs up to Ariana on Houston Street, and NY Journal likes many of the dishes at Tribeca newcomer Telepan Local.
· All Coverage of Reviews [~ENY~]
[Top photo: All'onda by Krieger]