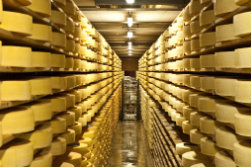 1) Cheese Monger Certification:
On Cutting the Curd this week, Anne Saxelby talks to Greg Blais, cheesemonger at Eataly, to get his thoughts on cheesemonger certification programs: 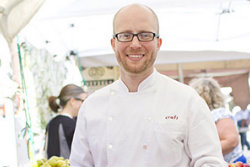 2) Ed Crochet of Craft:
Craft Chef de Cuisine Ed Crochet talked to Patrick Martins of Heritage Foods USA about his path through the Colicchio company, his education as a chef, and the staying power of Craft after 13 years:

You walk into Craft and Craft is homey, Craft is comforting, Craft has wooden tables, warm colors…Craft has reached it's maturity and it knows what it is as a restaurant 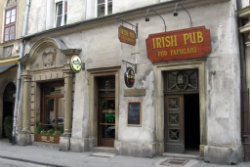 3) Bar Etiquette on Eating Disorder:
The hosts of Eating Disorder, Spyro Panousopoulos, Adam Velez and Paul Gerard, chef of Exchange Alley in the East Village, cover bar etiquette following the bar holiday that is St. Patrick's day. Guest Sean Dougherty of The Grand Victory on giving people the boot in the old days vs. today:

I feel like ten of fifteen years ago, when you're tossing somebody out for whatever reason, you gotta be careful of what you say and how you say it because you don't know who's gonna come back at 4 in the morning and slit your throat…You never know who you step into anywhere in life, but I feel like I worry about that much less now. 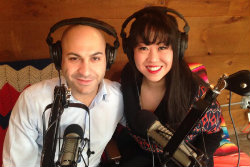 During February, Valentines Day, he came back to see us, that was his second trip in. And I spent Valentine's Day with him… I don't think my wife has anything to worry about…but he is my sweetheart! 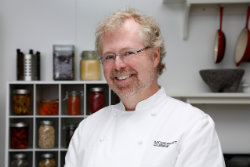 5) Evolutionaries with Nathan Myrvold:
The most recent episode of HRN's long-format radio interview documentaries focuses on Nathan Myrvold of Modernist Cuisine fame. Here's how he sees one way our view of adventurous cooking and eating could change:

The food world has been almost exclusively trapped in the idea of being a craft, of being a trade. When people start being interested in quality, they start saying they make "artisanal" pizza, they're artisans, like cobblers, like wood carvers, like a whole variety of trades before them. There's a difference and the difference is, like Art with a capital A, we think of that as being inventive, creative, breaking all of the molds first and foremost…Cooking has had this very different perspective, and food has. Most people accept the idea that art can be disturbing…it can be an irritant, it can be shocking, now apply that to food! A lot of people have a hard time handling that. We call it comfort food because it has a comforting element to it, but there's also discomforting food.