Share All sharing options for: Four Pizzas From Hell

We like to think of pizza as a formula that can accept any sort of innovation or improvement. Ziti pizza? Sure. Hawaiian pizza with ham and pineapple? I guess. Bacon cheeseburger, Nutella, or tofu slices in several crust thicknesses and shapes? Well, OK. But is it possible to mess with pizza so much that it's not really pizza anymore, so that it becomes repulsive rather than tolerable? Here are four "pizzas" that go way too far. 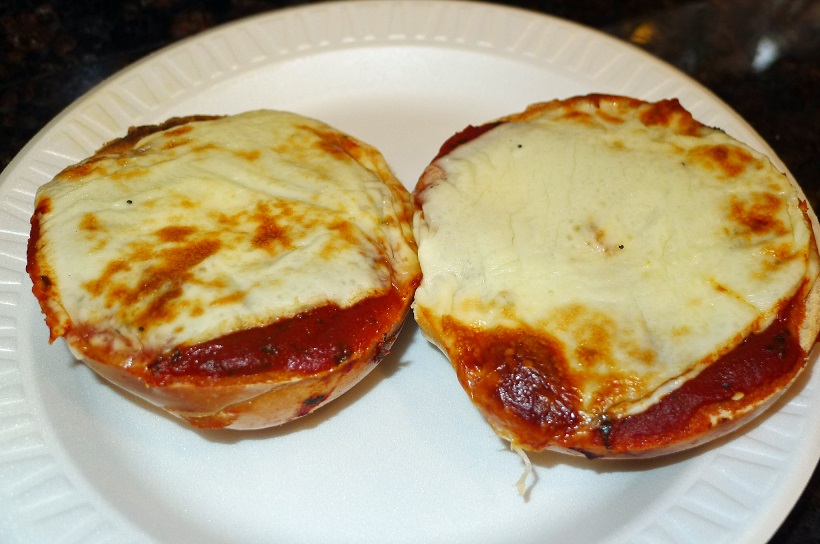 Bagel Pizza — Did this start out in the schools? Or with some harried mom who, kids clamoring for pizza all around her, decided to improvise with some stale bagels she found in the fridge? Anyway, starting a pizza with a bagel or English muffin platform, and then adding tomato sauce and pre-sliced cheese is a bad idea, and the result is profoundly unsatisfying if you're craving real pizza. 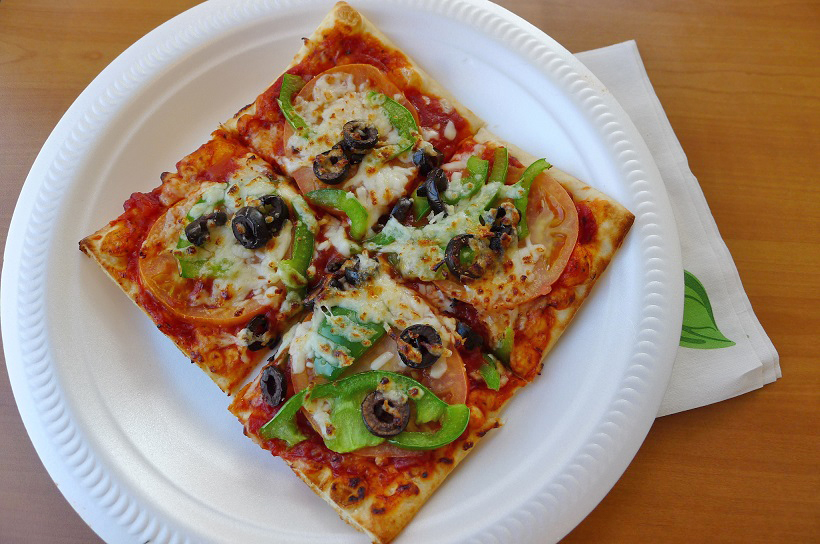 Flatizza — While the name sounds like a two-dimensional monster from outer space, the reality is far more boring. Flatizza is Subway's coy name for their new flatbread, intended to go head-to-head with neighborhood pizzerias. Well, it's not going to work. Priced at $3, and cut into four square slices, the product is available in spicy Italian (with pepperoni and cheese), cheese (with two types of cheese), and vegetable (shown) — which features a very wan slice of tomato and then the usual sandwich add-ons. The root problem, of course, is the bread, made with the same weird-smelling dough as the hero rolls. 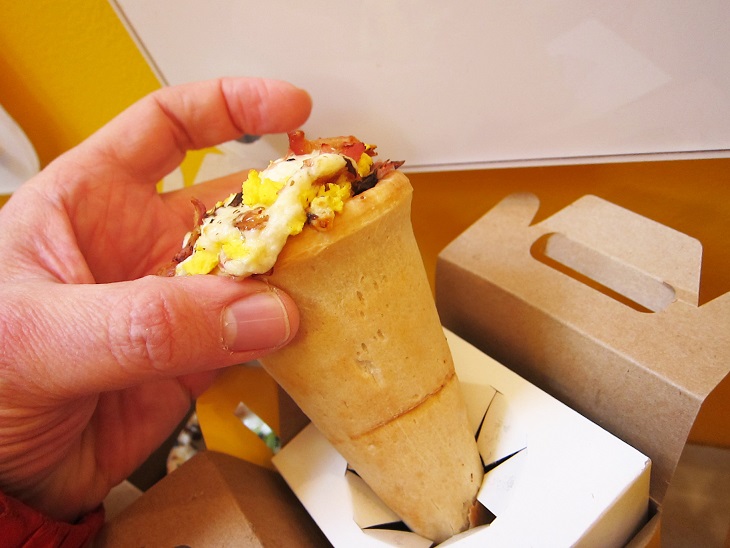 K! Pizzacone — Emulating an ice cream cone, only filled with typical pizza ingredients instead of ice cream, the pizza cone caused a sensation when it debuted in 2010 at a narrow storefront across from the Empire State Building. Everyone tried it once — then never came back again, and the place soon closed. The cone-shaped "crust" was way too hard, the quantity of fillings too meager, and the thing was actually rather difficult to eat. Now an Italian chain called Kono is trying to revive the idea. Good luck! 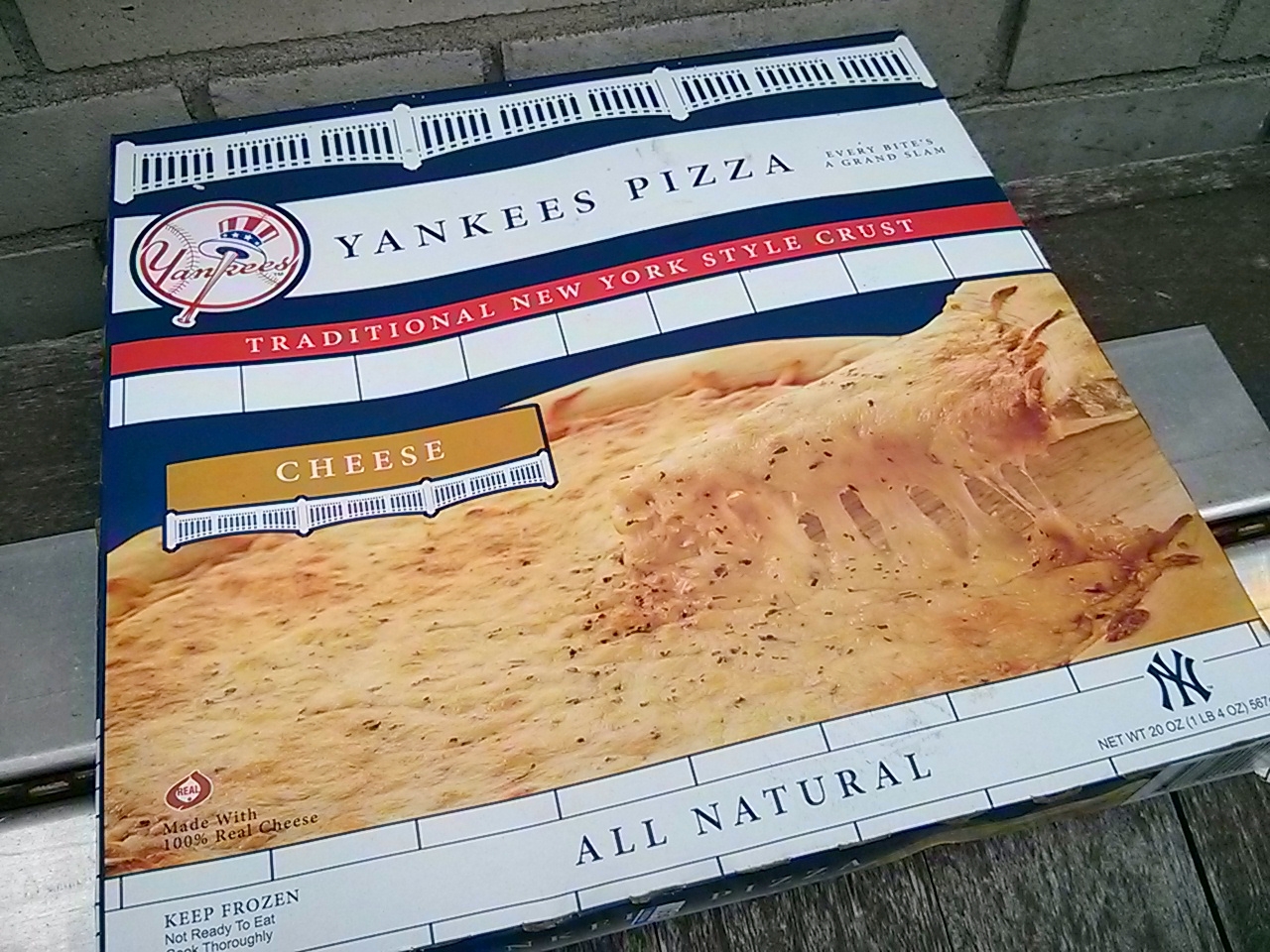 Frozen Pizza — Frozen pizza is for people who live in Alaska, hundreds of miles from the nearest pizzeria that delivers. In fact, those folks don't even have to put it in the freezer, they can just leave it in a snowdrift outside the door. In a cage so grizzlies don't get it. Freezing pizza permanently alters the texture of the components, especially the crust, and a pizza left for more than, say, three hours in the freezer has already started to absorb phantom fragrances that don't do it any good. As an aside: Why for god's sake would the Yankees allow themselves to be associated with awful frozen pizza?