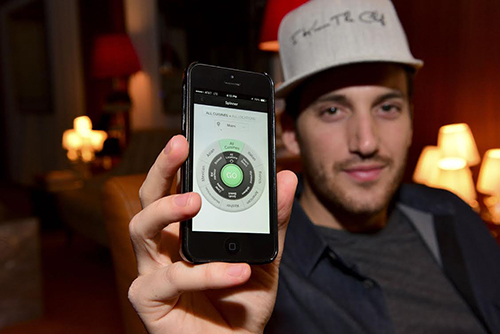 1) Thomas Keller: Desire over Passion:
Dorothy Cann Hamilton, founder of the International Culinary Center had a long chat with Thomas Keller on this week's episode of Chef's Story, covering how Keller grew his restaurant empire sustainably with a mind towards taking care of staff and choosing the right people:

One of the strongest reasons to hire somebody is because of their desire. People talk about passion like it's something that you need to have to be successful. For me, that's not true, passion is not something I look for in a person. Passion is overused and in many cases, misused…what I look for is desire, because desire is something that is always there. When the passion subsides, as it always does, what is going to make you come to work is desire. 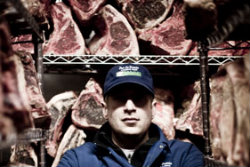 2) Pat LaFrieda on Mixing Meat for Shake Shack:
Shari Bayer, host of the food business and PR show All in the Industry, spoke with Patrick LaFrieda about the story behind how his burger meat helped Shake Shack become what it is today:

Ten years ago, Danny Meyer was looking for a custom burger blend, and we were supplying him at Union Square Cafe, the burger there has always been seen as one of the best in the city, and he asked us if we could come up with something new that would be good for a flat top, a griddle. It wasn't the way that butchers had ever approached making chopped beef, or, burger meat, so keeping in mind the cooking surface and the temperature, and what the finished product would be, we put together a variation of my grandfather's recipe to include some more brisket to give us some extra fat content, which we're all looking for, but something that would work being pressed down on a flat-top. 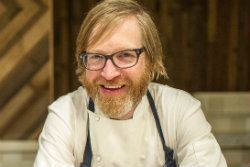 3) Daniel Burns on Word of Mouth:
Leiti Hsu spoke with Daniel Burns of Tørst about his culinary role models, and how he judges a fully-conceptualized dish:

One of the most important things is, when conceiving a dish, you have to have a very strong idea of what you want to have people taste, whether it's a very strong idea or a childhood memory, flavors that tell a story, basically. When you can make and create dishes like that, then people really get it. 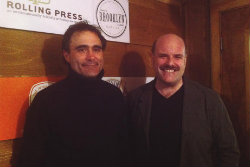 4) NYC's Public Markets with Robert LaValva:
NYC public market activist and founder of the New Amsterdam Market Robert LaValva talked to Mitchell Davis of the James Beard Foundation and the show Taste Matters about the role of public markets in New York. Here's LaValva's take on what sets a farmer's market like the Greenmarket and a purveyors market like the New Amsterdam Market apart:

I like to say that [a public market] is a place where the rules of the market have some sort of civic aim to benefit the public in one way or another. You could say in the case of the greenmarket, one of their aims is to support local agriculture, and in the case of the New Amsterdam Market, that's also one of our aims, but expressed in a different way. Rather than New Amsterdam Market being a farmer's only market, we allow people who are themselves not farmers, they are purveyors, but they are establishing businesses that source resell local food. 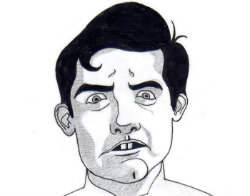 5) Dave Arnold on Waiting it Out:
In the midst of his culinary tip and talk show Cooking Issues, Dave Arnold shares his thoughts on the viability of a short-term reservation alert app such as No Wait:

As a user, I would love that…there would be no problem for me, sitting at home, the wife and I drinking ourselves silly and waiting for them to say, you've got ten minutes to high-tail it over here, that would be a fantastic boon to someone like me. As an operator, [of Booker & Dax] I know that there are people on the list that don't necessarily come back…It's definitely a boon to the consumers, the question is, how hard is it going to hose the restaurants that use it, or do they have some kind of anti-hosing mechanism?