An Ode to Forcella's Neapolitan Pies by Krista Garcia

Share All sharing options for: An Ode to Forcella's Neapolitan Pies by Krista Garcia

Throughout the rest of Pizza Week, the city's top food bloggers will be sharing their pics for neighborhood pizzerias. These are not necessarily the vaulted pie parlors of the city, but rather the places where you pick up a slice or a pie on your way home from work. Up first: Krista Garcia, of Goodies First, shares her Williamsburg pizza pick: 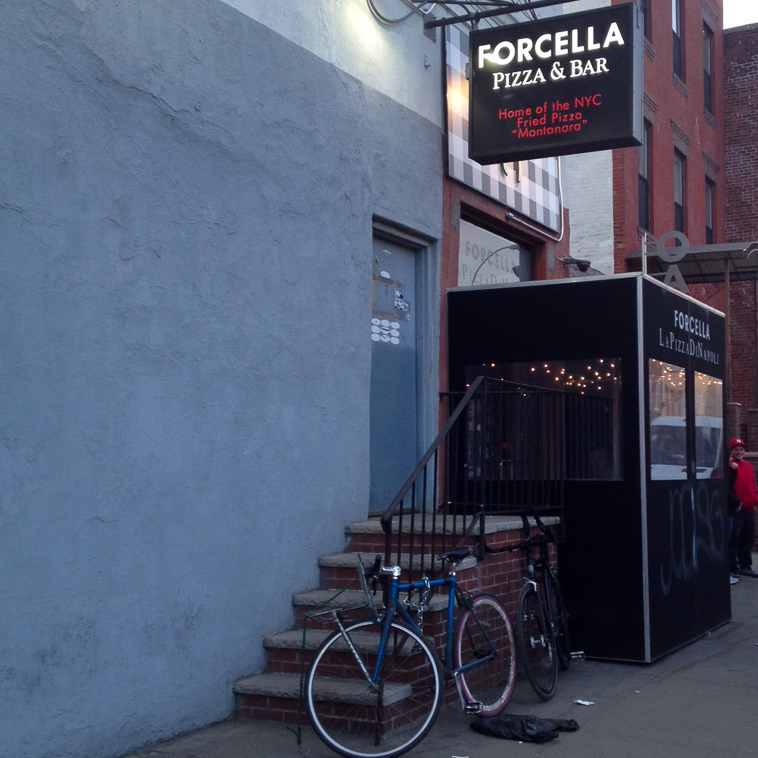 Krista Garcia: Since Forcella ushered in the 2011 fried pizza boomlet and expanded to three locations, it may seem a bit flashy to qualify as everyday pizza. But as the montanara craze quieted down, so did the crowds despite Forcella's solid line up of Neapolitan pies. No one ever seems to dine in, but that's ok because delivery is super fast (plus, they're open until midnight) and I continue to stick with them even though Motorino is now back in the neighborhood game. The Margherita, capped with islands of creamy housemade mozzarella, is simple and classic, but you can also get fancier toppings like burrata, arugula or prosciutto. I could probably eat all four slices in one sitting, but always make sure to save one so that I'll have a treat the next day.
· GoodiesFires [Official]
· All Coverage of Pizza Week [~ENY~]