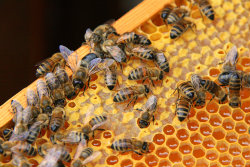 1) Bees in the City:
Urban beekeeper and author of The Rooftop Beekeeper: A Scrappy Guide to Keeping Urban Honeybees Meg Paska was on the air talking to Cathy Erway about the history of her hobby in New York City:

I've definitely noticed that bees tend to do a lot better in the city…you have them on the roof, that tends to be drier, you don't have lots of pests that try to weaken your hive to get in to eat the brood or the honey, so you have fewer odds stacked up against your bees here in the city…it actually works. 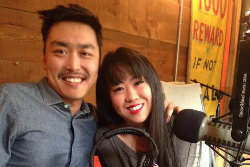 2) Jonathan Wu of Fung Tu:
Leiti Hsu of Word of Mouth chatted with chef/owner of Fung Tu on the Lower East Side, about his pop-up-populated track record that led up to his creation of new brick and mortar spot. Here he is on embracing subtlety for the benefit of the food and the wine to boot:

The point is, we do use that tingling oil [szechuan peppercorn oil], but it's in a restrained way. It's not the only thing one can taste when eating this dish, it's yet another layer of complexity when eating this dish, which additionally lends itself to our beverage program, because when things are really intensely tingling…you can't really taste much. 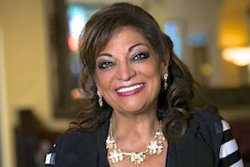 What happened is we had to find something here [in Brooklyn] that could be similar or can put us in the same atmosphere. I found green olives from Three Guys, who sell vegetables in Brooklyn, and I bought boxed of it, and I pickled so many of them. Everybody was surprised that I was doing olives from green, I'm not buying pickled olives already…Now you find many things that you were not able to find if we went looking for it thirty years ago or forty years ago. 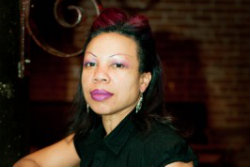 With so many drinks, people really order across the menu, so we haven't developed those biggest hits just yet, so we have those laminates, and I actually have my own little book that I keep in my pocket, so I make sure to wear work pants with pockets large enough to hold this book, so I refer to that a lot, and I'm not ashamed to. 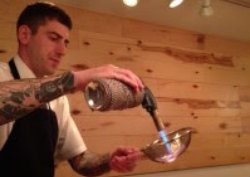 5) Sushi Ko on Snacky Tunes:
Greg and Darin Bresnitz of Finger on the Pulse chatted with John Daley and Davis Anderson of Sushi Ko on this week's Snacky Tunes. Here's Daley on why it's necessary to have Anderson serve as beverage director in the eleven-seat restaurant:

I never thought I would need [a beverage director], but with the way I want to play with food and the hoops I want to jump through, I wanted someone who could respond to that, and I wasn't getting that out of a server or the bar I had set for the position.