Hearing that a new Tunisian spot had opened up in Williamsburg, I headed there on the double. Tunisian food overlaps about 90 percent with other North African fare on one hand (couscouses, tajines), and with Middle Eastern on the other (babaganoush, falafel), but it boasts a collection of memorable dishes all its own, including flaky rectangular pastries called briks and Sicilian-style pizza slices topped with tuna and a boiled egg, along with a long list of tajines — meat or chicken stews cooked in a conical clay vessel. Gotham has had a mere three Tunisian restaurants over the last 20 years, of which only one (Nomad on Second Avenue) still persists.

But when I arrived at La Goulette — named after a pleasant residential neighborhood just east of the country's capital of Tunis near the ruins of Carthage — I found no briks, tajines, or wacky pizzas on the menu. Instead, the place offers an assortment of North African salads and Middle Eastern bread dips and grills, all typical of cosmopolitan Tunis, but not unique to it. Never mind, the food is excellent, and so nicely prepared, it provides an alternative to Oasis, Williamsburg's wonderful Palestinian cafe. You know, the tiny place right over the Bedford L stop. 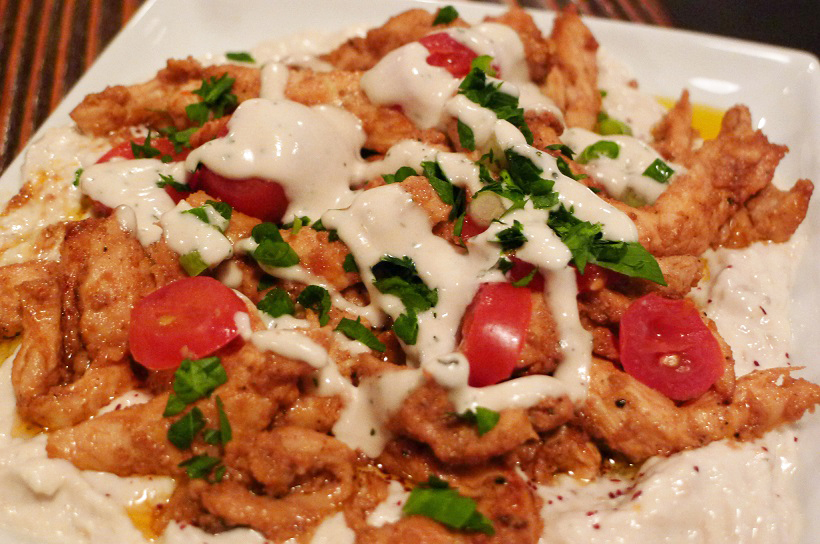 [Chicken shawarma and babagnaoush platter.]
La Goulette is a little more expensive, and a lot more comfortable, with plenty of tables in the back, and a talkative proprietor who will immediately put you at your ease. A favorite on a first visit was a chicken shawarma and babagnaoush platter ($9), the spice-rubbed poultry deposited right on top of the eggplant dip and squiggled with tahini. Served with a basket of warm pitas, it was perfect on a cold evening. Neither did the mixed grill ($13) disappoint, a trio of lamb kefta, chicken kebab, and merguez sausage served with well-oiled rice and salad. The sausage is a favorite of Tunisians — moist chewy links made on the premises. Vegetarians, too, will find much to love at La Goulette, including a series of raw-vegetables juices, and salads dressed with very-French vinaigrettes. 159 Grand St, Brooklyn, 347-689-4126. 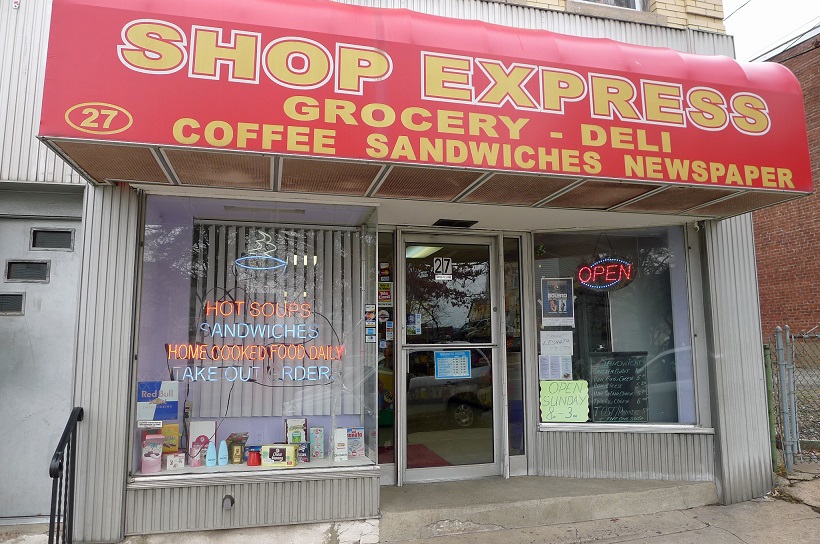 [Shop Express]
Know anybody with a car? Set the GPS and head over to Garfield, New Jersey, where a compact convenience store named Shop Express has morphed into what is probably the region's only Macedonian restaurant. We're not talking about the region of Greece known as Macedonia, but about the Republic of Macedonia, a Balkan nation that was once part of Yugoslavia. The shop is neatly stocked with imported cookies, candies, pickles, crumbly goat and sheep cheeses, and more types of ajvar — a bottled red-pepper condiment — than you've ever seen before. 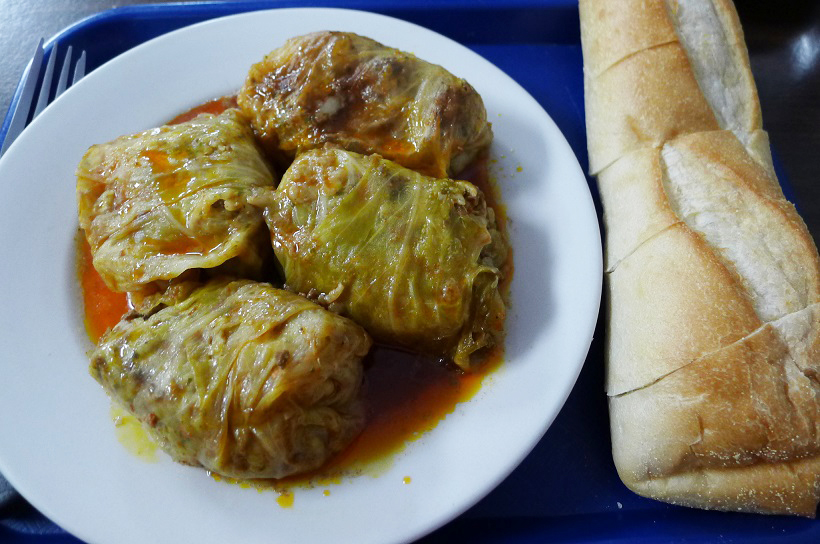 [Sarma]
A glass warming case displays the flaky serpentine pastries called boureks with several sorts of stuffing, some vegetarian, and there are a couple of tables for eating in back by the kitchen, where a handful of hot dishes are turned out every day. Thursday is sarma day, featuring fist-sized cabbage leaves filled with meat and rice lolling in a rich, paprika-laced sauce, served with an entire baguette. Grilled items, including the skinless sausages called cevapi, are available every day. Other days you can get grav (a bean soup with smoked pork ribs, Friday) and selsko (beef and mushrooms served with mashed potatoes, Wednesday), and unscheduled specials are also available. Prices all well below $10. 27 Belmont Ave, Garfield, NJ, 973-253-8887. 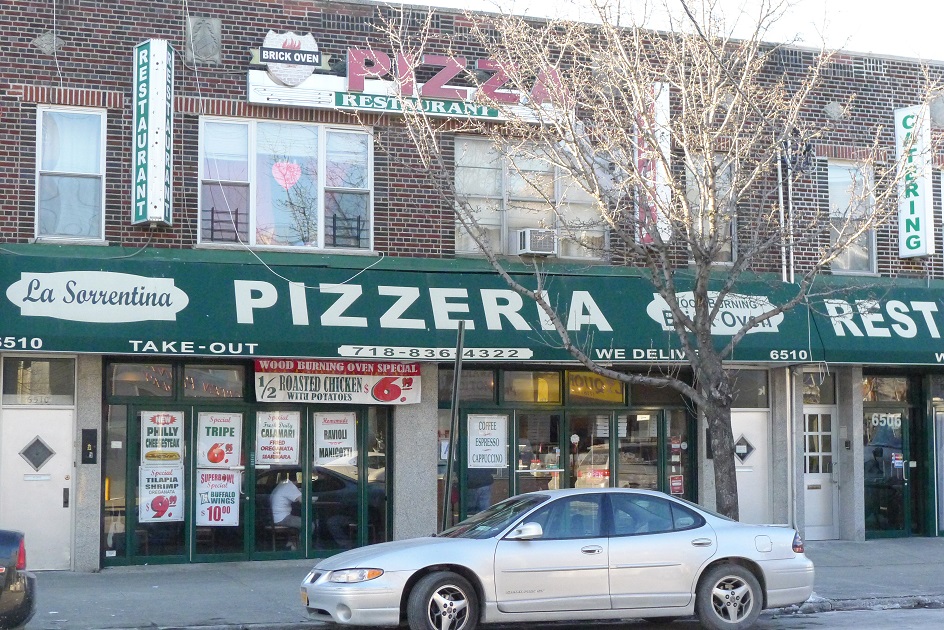 [La Sorrentina]
As the Eater video crew and I were exiting Faicco's Pork Store in Dyker Heights, where we'd just shot a video on the making of soppressata, we stumbled on La Sorrentina, right across the street. Named after the peninsula that extends south of Naples famous for its citrus trees, this block-long Italian old-timer features a formal restaurant on one side and much-less-formal pizzeria on the other. 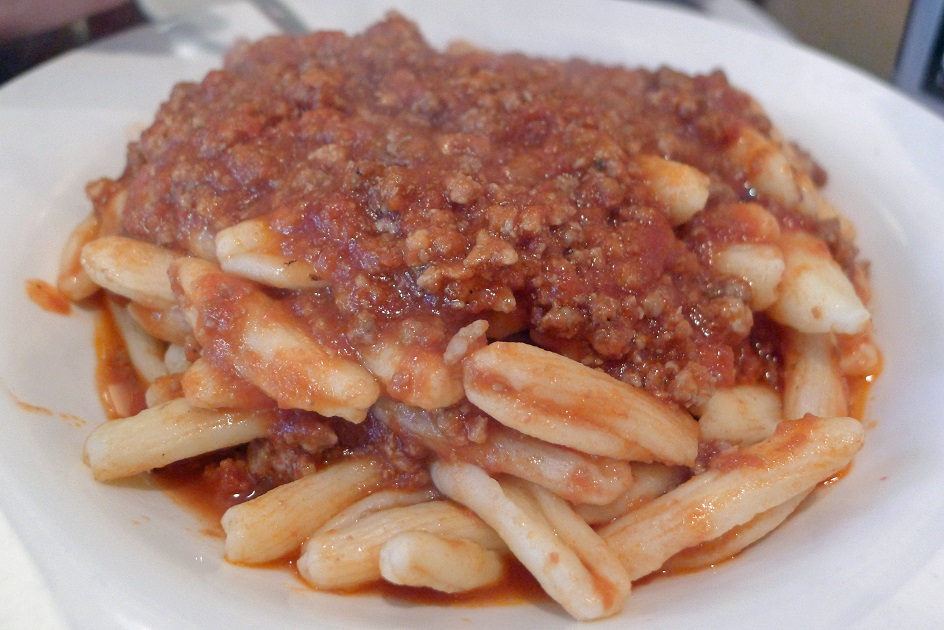 [Cavatelli]
The pizzeria has a dining room, where you can get much of the restaurant menu at bargain prices, with special emphasis on Southern Italian fare. The three of us feasted on cavatelli with meat sauce, fried calamari with a gravy boat of spicy marinara for dipping, a large bowl of bean and escarole soup (a Southern Italian favorite), and the "tripe special" — a Sicilian stew of potatoes and tripe in a wonderfully oily red broth, for a total of $41, including tax. Restaurant food doesn't get much cheaper than that, and the pizza looked pretty good, too. 6524 11th Ave, Brooklyn, 718-836-4322.