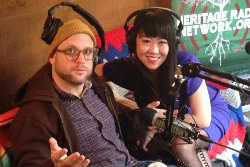 We have I think maybe 11,000 or 12,000 supermarkets across the country where you can find it…[referring to preceding guest Adam Fleischmann] the Umami [Burger] guys are not the only ones who cater to stoners. 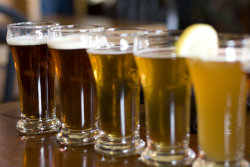 2) Craft Beer vs. Contract Brewing:
Jimmy Carbone of Jimmy's No. 43 hosts a spirited discussion on the differences between the spirit of craft brewers and the growing trend of contract brewing, including sponsored small project brews and small-batch gypsy brewers such as Evil Twin. The issue grew into a twitter thing recently when Evil Twin's Jeppe Jarnit-Bergsø shared a photo of a sign near the bathroom at Single Cut Brewery reading "Contract Brewing will be the Death of Craft Beer." Rich Buseta of Single Cut Brewery in Astoria weighs in on the issue: 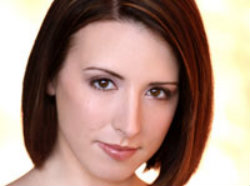 3) Booze at Toro with Caitlin Doonan:
Joe Campanale of the Epicurean Group chats with Caitlin Doonan of the recent Boston-transplant in South Chelsea, Toro. Besides keeping about half of the wine list Spanish, Doonan keeps a deep list of Sherries and a cocktail list with a Spanish focus. Here she is on how Spanish wine has changed and how she's repositioning to sell it:

I think for a while everybody just sort of wrote off Spain, so there's a huge resurgence of people saying, 'no, we're going to focus on quality, not quantity.' Probably all of those things that have happened in Germany and Austria and France and Italy previously are now happening in Spain. Sherry has gotten a huge bump with all the love in New York and in America, with all of the wine community, though we're still trying to bring that to the mainstream guests, people are still a little bit scared of it. 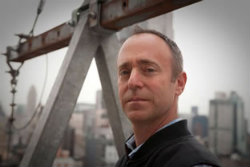 4) The Ins and Outs of Restaurant Design:
Shari Bayer of Bayer PR and host of All in the Industry talks to Glen Coben of Glen & Company, an architecture firm that focuses on designing and building out restaurant spaces. He talks about how much he learned about the restaurant industry from collaborating with Jonathan Waxman to build out Waxman's Washington Park in the West Village. 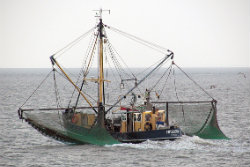 5) Dayboat Scallops in NYC:
Noticing more Dayboat Scallops on menus around town? HRN talked to Togue Brawn of Maine Dayboat Scallops, who explains how a rotating closure schedule for Maine fishing zone gave the scallop population a chance to regain strength, which the small-time fishers who she buys from are seeing dividends from today: