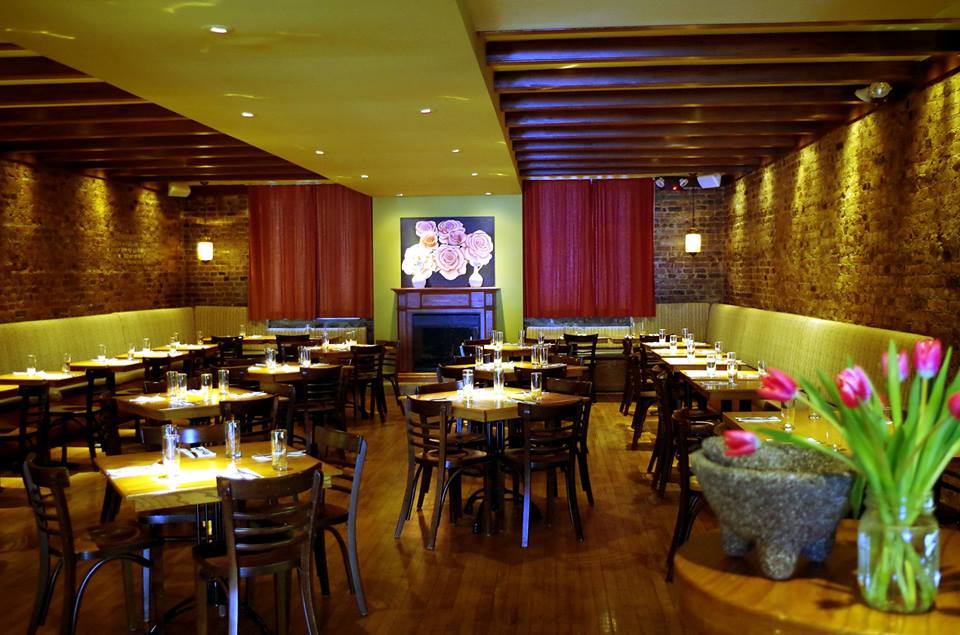 [Photo: Maizal/Facebook]
2) Astoria: Staten Island-based Mexican restaurant Maizal has opened a second location in Queens. The menu, which includes tacos, short ribs braised in tomatillo sauce, and grouper steamed in plantain leaves, is similar to the original. DNAinfo reports that the restaurant is still waiting on its liquor license, but when that gets approved, it will have an extensive tequila bar. Status: Certified Open. 32-07 34th Ave., 718-406-9431.

3) East Village: Vito DiTomaso, the owner of Luca Bar, has opened a beer/coffee bar called The Roost. It also serves Balthazar pastries, and has both a TV and a working fireplace. Status: Certified Open. 222 Avenue B.

7) Times Square: British-based sushi chain Wasabi Sushi & Bento has opened a New York outpost. The take-out spot specializes in individually-wrapped pieces of sushi of all sorts, and allows customer to pick and choose what they want from shelves full of nigiri and rolls. There are also hot bento boxes, ramen, and a salad bar. Wasabi has plans for at least two more outposts in 2015. Status: Certified Open. 561 Seventh Avenue.

8) Elmhurst: A cafeteria-style Thai restaurant called Khao Kang opened recently. According to DNAinfo, the owner was once a manager at Sea, and his mother and aunt are the cooks. There's a hot buffet of dishes like green beef curry, plus pretty little desserts like jasmine steamed cakes and balls of sweet sticky rice. Status: Certified Open. 76-20 Woodside Ave., 718-662-8721.

9) Midtown: With the opening of Bar 54, New York has its new highest rooftop bar. The bar, located on the 54th floor of the new Hyatt Times Square, has seating both indoors and out. There are punch bowls as well as cocktails on the menu, all designed by Julie Reiner of Clover Club. This is the kind of bar where the food and the drinks cost the same, all around $25. Status: Certified Open. 135 W 45th St., 646-364-1234.

10) Harlem: DC-based design-your-own pizza chain Custom Fuel Pizza & Salads has just opened its first NYC location. Diners choose their crust (there are gluten free and whole wheat options), their sauce, their cheese, and up to four toppings. Salads are similarly customizable, and there are some suggested combos on the menu as well. Status: Certified Open. 2288 Frederick Douglass Blvd., 646-524-5636.