The investigation into fake Seamless restaurants continues, and Eater is now looking into the many suspicious cases sent in by alert tipsters. One such case is Blue Fin Fusion Asian Restaurant, which was noted (without commentary) by commenter AlexE yesterday.

Things get a little confusing, because the address listed on the restaurant's Seamless page actually belongs to three different storefronts all located on the ground floor of an apartment building. Do a quick Google search and the restaurant that comes up is Nippon. But Nippon doesn't even offer delivery. So an Eater investigator headed up to Midtown to scope out the address listed on Blue Fin Fusion's Seamless page, 155 E 52nd Street Store 3. There's no sign of Blue Fin there, but instead an "Asian bistro & sushi bar" called Asian Station. Could this be the real fusion restaurant of E 52nd Street? 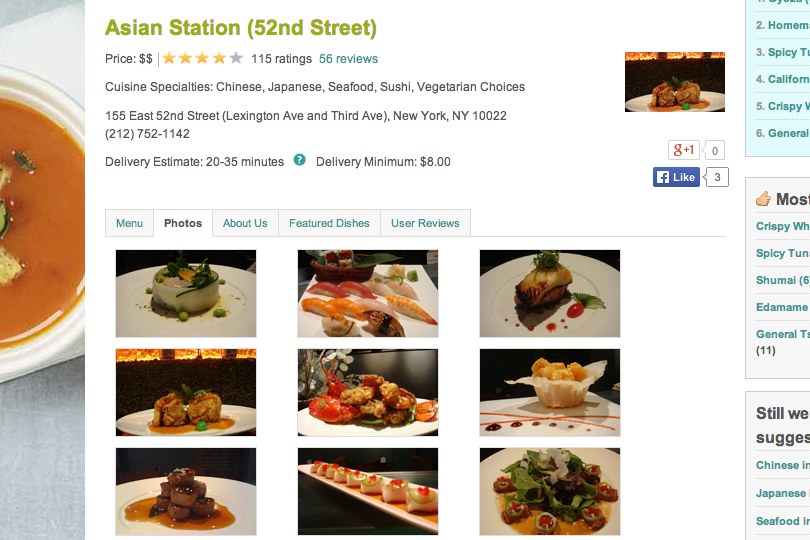 A look at the Seamless page for Asian Station reveals a very similar menu to the Thai/sushi/Chinese one found at Blue Fin Fusion. Even more incriminating, the photos on both Seamless pages are exactly the same. 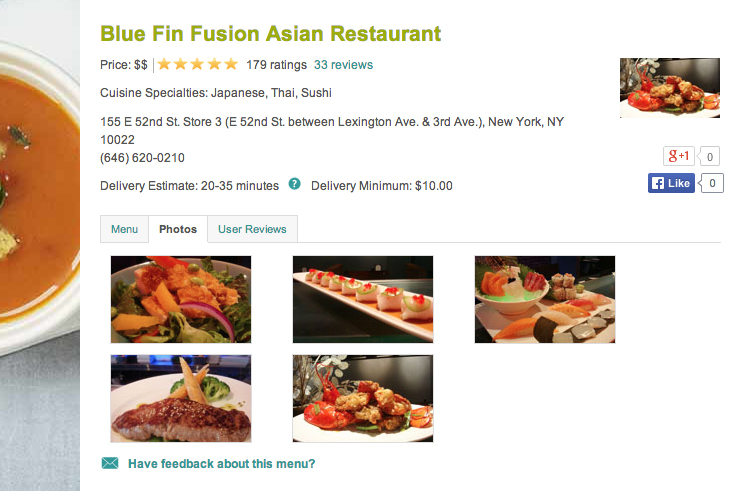 An employee who answered the phone for Blue Fin Fusion told Eater that the food is indeed cooked in Asian Station's kitchen, but that the "chefs are different."

[Asian Station, Blue Fin]
From the look of those menus, however, this is more likely a simple attempt to double the delivery business. Or perhaps to capitalize on the very different Blue Fin in the W Hotel.
· All Coverage of Seamless [~ENY~]