Christie's, Murphy & Gonzalez, and Others Shutter

Share All sharing options for: Christie's, Murphy & Gonzalez, and Others Shutter

Welcome to the weekly Shutter Report. Know of any other restaurant that has served its last? Please send any and all intel and/or photos to the tipline. 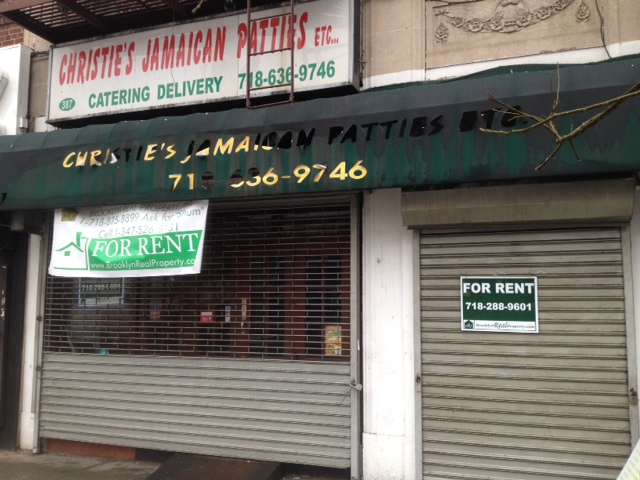 [Photo by Marguerite Preston]
1) Prospect Heights: Christie's Jamaican Patties, a staple of Flatbush Avenue for the past 48 years, has shuttered. There's no word on why the beloved Caribbean take-out spot closed, but the Daily News notes that real estate prices have been on the rise in the rapidly developing neighborhood. The business is not gone for good, however. It has shifted operations to a food truck, which can usually be found parked outside the Atlantic Avenue subway terminal. [NYDN]

2) Lower East Side: After only a couple of months in business, Rouge Wine Bar has shuttered. Bowery Boogie reports that this is because the restaurant was not able to obtain a liquor license after being caught illegally serving wine while the license was still pending. Rumor has it that the owners are trying to find a buyer to take over the business. [BB]

3) Forest Hills: 25-year-old Italian spot Pasta del Giorno closed earlier this month. Judging by comments on the blog Edge of the City, which first noted the closure, locals were not fans of the restaurant. [Q'Stoner]

4) Bed-Stuy: Neighborhood coffee shop Liquid Oz shuttered recently. Brownstoner notes that the building has been on the market for several months, and there's a farewell note from the cafe's owners posted in the window. [Brownstoner]

6) East Village: Irish/Mexican sports bar Murphy & Gonzalez shuttered earlier this month. No word on why, but according to the pub's Facebook page, February 15 was its last night in business. A tipster hears that it will be replaced by something called White Hall Tavern. [EaterWire]

7) Williamsburg: Well-liked sports bar 4th Down has shuttered its North 4th Street location. But the bar tweets that it will move to 750 Grand Street, and should be open by March. Until then, the team is showing games at its other bar, The Gibson. 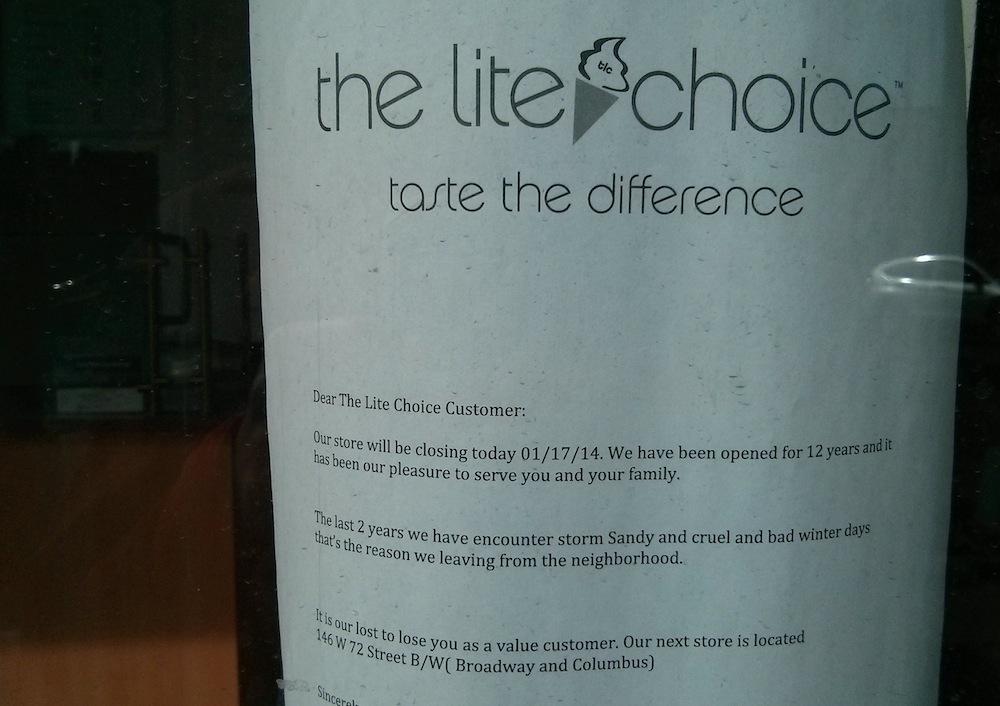