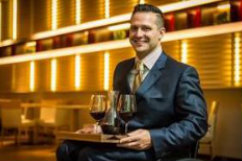 1) Yannick Benjamin on Wine on Wheels:
Formerly of Le Cirque, Felidia, Oceana and the Ritz-Carlton, Yannick Benjamin was injured in a car accident on the West Side highway in 2003. Today, he works for Le Du's Wine and organizes Wine on Wheels, an event soliciting the help of the NYC Somm community to raise money for disability advocacy group Wheeling Forward. On his first glass of wine after the accident:

The one that really got me reinvigorated, it was my first day back…I had just left rehabilitation from Mt. Sinai, I was there for a about four months, and so I hadn't tasted any alcohol, just pretty much hospital food was what I was eating, so it was almost like my palate was really pure…I opened up this bottle of Joseph Roty and the smell just exploded and when I tasted it I said, 'you know what, I have to go back to wine school, I have to figure this out, I have to pursue this and I have to not give up. 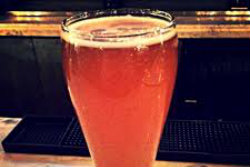 2) Other Half Brewing in Gowanus:
Matt Monahan and Sam Richardson of NYC's newest brewery, the Gowanus-based Other Half Brewing, stopped by the studios to drink and talk local beers with owner of Jimmy's No. 43 and all-around NYC beer ambassador Jimmy Carbone and Edible writer Niko Krommydas. Niko Krommydas on drinking locally:

If I can walk from Clinton Hill where I live to Carroll Gardens to get a beer to support somebody that's paying rent and working hard in that neighborhood to make it better, I'm gonna choose that. 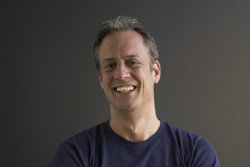 3) Jimmy Bradley of The Red Cat and The Harrison:
Restauranteur Jimmy Bradley paid Joe Campanale of In The Drink a visit to trace the lineage of food and wine in his family history, and how those experiences dictated how he thinks about food in NYC today:

We would dine every Sunday at one o'clock and listen to the opera from the Met. It sounds stereotypical to say my grandmother taught me how to cook, but in this case, that's how it was…When I first started with chefs and they would make ravioli, I thought to myself, 'I know someone who makes better ravioli that you 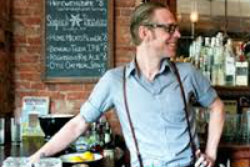 When I see it, I think immediately something is wrong, like somebody has a bad cut on their hands or they're sick, or they're using ingredients that they don't want to touch for some reason, and I'm supposed to be imbibing them. 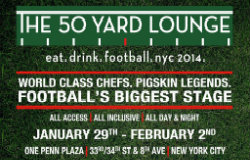 5) Where The 50 Yard Lounge Came From:
Lonny Sweet, the creator of the 15,000-square-foot sports bar pop-up, talks to Phil Colicchio about his career in event management and sales that lead up to creating the massive week-long super bowl food party near Penn Station, The 50 Yard Lounge. On the kind of commitment Sweet had to make to put together a 15,000 square foot party with ten months of planning:

At some point you've gotta pin your ears back, duck your head and go. There's no turning back and I had to just keep going, I found the right partners to help me kind of finance it moving forward, and I had to take some risk.