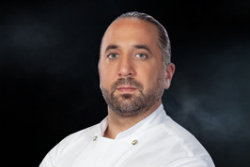 1) Marco Canora on Keeping Cell Phones out of Hearth: Mike Colameco invited Marco Canora over to the studio this week, where they talked about the saddening trend of seeing more and more diners preoccupied with their phones during dinner. Canora, chef of Hearth and Terroir, had this to say:

I have bantered around at our managers meetings over the last three months now, trying to figure out a way to…incentivize people who don't have to be tethered, to unplug and enjoy each others' company. I want to be like: "You know what? I'll give you a free bowl of gnocchi or I'll give you a free dessert or pour you some sherry or madeira. I'm gonna do something for you if you say that you're going to turn off your phone and be present with your guest.

2) Bell's Brewery's East Coast Invasion:Midwestern transplants across NYC are celebrating the arrival of 29-year old Michigan-based Bell's beer, now being distributed in NYC for the first time. Jimmy Carbone of Beer Sessions Radio and Jimmy's No. 43 welcomed the Bell's guys to NYC. Their NYC distributor Matt Lefkowitz talked about Bell's massive welcome to the city: "This is one of the biggest brewery roll-outs in NYC...we've seen a lot of new brewers in the last ten years, even more so in the last five years...You will pretty much see it go rampant in New York City." 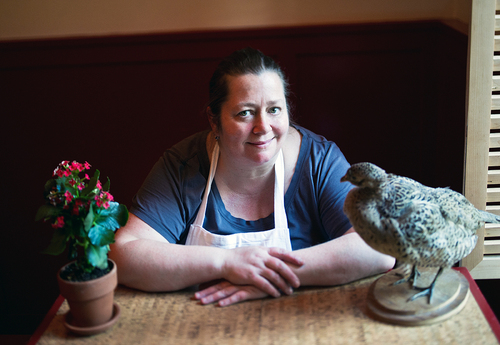 3) Sara Jenkins of Porchetta and Porsena: Over at Word of Mouth, Leiti Hsu chatted with Sara Jenkins, chef/owner of Italian East Village spots Porsena and Porchetta, about the ups and downs of working with family, and the inherent seasonality in Italian cuisine:"There's so much interest these days in America in eating seasonally, but that's how Italians ate up until fairly recently. Now, you can get any food whenever you want…it's a very global world, as silly as that is to say."
[Photo]

4) NY Daily News Food Critic Stan Sagner: Mitchell Davis of the James Beard Foundation sat down with Stan Sagner, food writer and critic for the NY Daily News, to chat about, among other things, their opinions on the next NYC food trend to sweep menus. Here's Sagner's take: "I'll tell you what I hope would be the next kale, is goat...Virtually everywhere around the world it is a very common protein...it's delicious and it's lean and it's healthy and it's incredibly versatile, and if you mention it in this country, people kind of freak out." 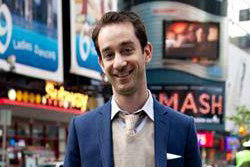 5) Andrew Rigie of New York City Hospitality Alliance:
On this week's episode of All in the Industry, Shari Bayer talked to Andrew Rigie about his organization, the New York City Hospitality Alliance. In discussing seminars they've been offering to help restauranteurs understand how to navigate their obligations under healthcare reform, he talked about the challenge of simply getting restaurant people under one roof: "We do these seminars, and It's just short of impossible to get lots of people in one room at one time. There's never [a good time of day]. Tuesday also tend to be a good day for the industry to come out."