Anatomy of a Mission Cantina Burrito

Share All sharing options for: Anatomy of a Mission Cantina Burrito

Everyone knew when Danny Bowien announced that Mission Cantina would be making carryout burritos — first for the Super Bowl and later for carryout and delivery on a regular basis — that they'd differ in significant ways from burritos New Yorkers were used to. How different could they be? Armed with only a ruler, an X-Acto Knife, and a metal probe, we set about finding out. Late last week, a grilled brisket burrito ($10) was ordered and carried like a newborn babe to Eater's rustic food laboratory at an undisclosed location in the West Village. 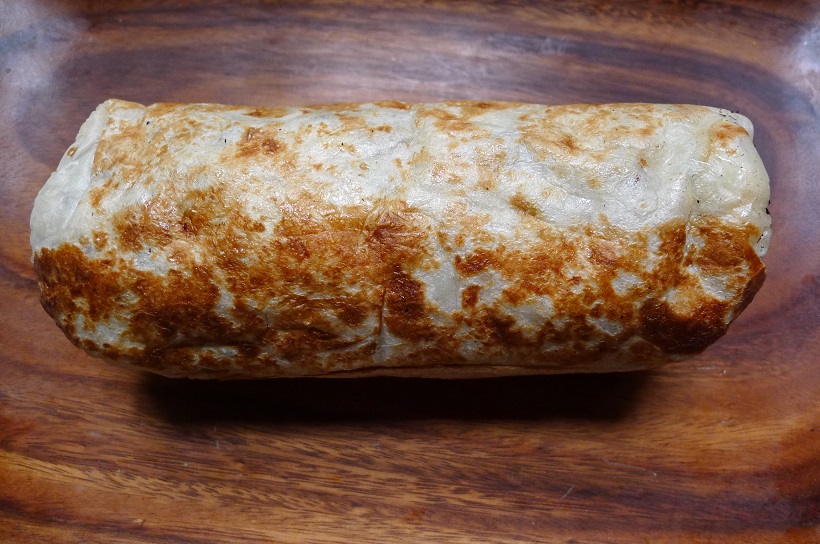 [All burrito photos by Robert Sietsema]
The thing was ensconced in a flour-tortilla of seemingly conventional size. The first anomaly was that it had been browned. The second — and this we already knew because the burrito had tweeted it — was that there was no rice inside. But what would replace it? 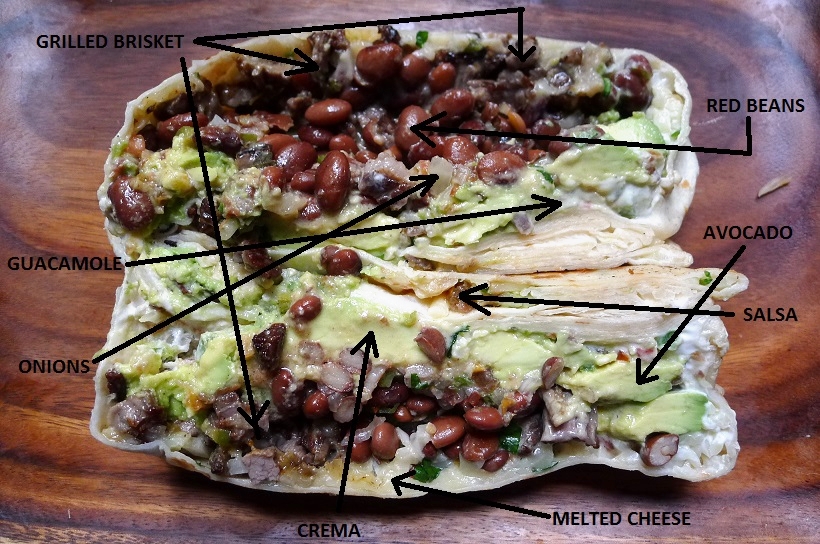 Once it was split and splayed, significant quantities of dark red beans (seemingly cooked from scratch) were detected, and there was lots of ripe avocado, too. Further investigation with the probe revealed that, in addition to avocado, there seemed to be guacamole. The brisket was present in the form of tiny cubes, which had a smoky flavor from flame grilling. There were smaller amounts of salsa sprinkled throughout, and possibly some extra onions in addition, giving the entire package an oniony flavor. Two types of salsa, red and green, were served in plastic cups on the side. White cheese was present, which seemed to be annealed to the inside of the flour tortilla, and there was Mexican crema oozing here and there. Conclusion: the Mission Cantina burrito represents a significant reordering of burrito priorities, with far more avocado and beans than usual.

Next we went to one of the city's most venerable burrito purveyors, Benny's Burritos on Greenwich Avenue, and ordered the most similar burrito for purposes of comparison. That was the "steak chimichurri," which cost $2 extra over the regular burrito price, for a total of $13.95. (The same burrito is available as a lunch special for $10, but that price doesn't apply to carryout.) 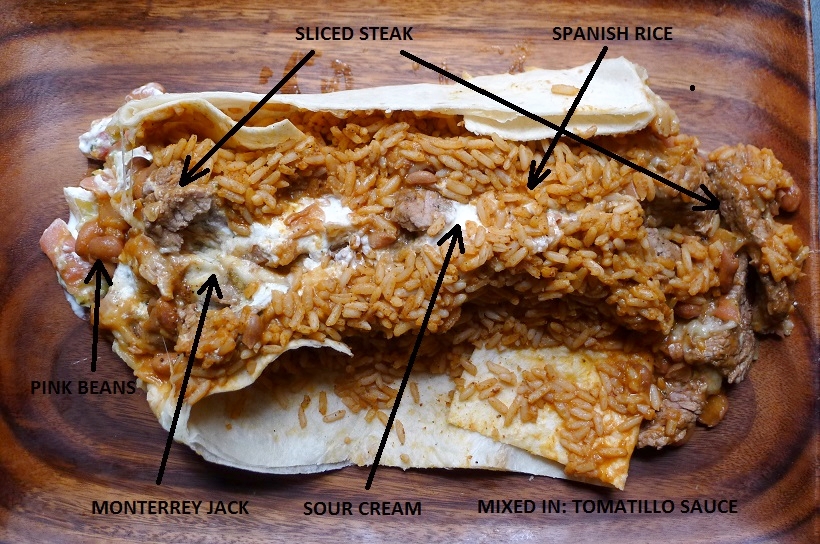 Due perhaps to the lack of griddle frying on the outside, Benny's burrito slouched and spread out somewhat, but was clearly about 50 percent greater in volume than the Mission Cantina article. The flour tortilla was thus softer than Mission Cantina's and a bit harder to cut with anatomical precision. A large part of the volume was moist orange rice, and there was no avocado (though you can get it as an optional extra). There was a smaller quantity of (canned) pink beans, but a generous component of steak cut in strips, though no chimichurri could be detected, and the quantity of salsa fresca was low (a cup of bottled red salsa came on the side). Of the dairy component, sour cream was far more prevalent than cheese. Conclusion: the traditional New York-style burrito, presumably inspired by California models, is a carb bomb of unparalleled proportions, heavy on the rice.
· All Posts by Sietsema [~ENY~]