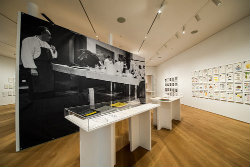 1) Ferran Adrià: Notes on Creativity
When: Today and Tomorrow, noon to 6 p.m.
Where: The Drawing Center
What: The famed chef behind elBulli has some of his original drawings on display at The Drawing Center. In addition to the sketches, which include an illustrated history of cooking and several dish ideas, there are photos from the restaurant and a film titled 1846. Eater National has photos and some more info. 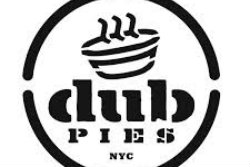 2) New Dub Pie Truck
When: Today at 6 p.m.
Where: Brooklyn Night Bazaar
What: Dub Pies, the new food truck specializing in New Zealand cuisine, will be opening for the first time tonight. The truck will be at the Brooklyn Night Bazaar and the New Zealand specialties include meat and veggie pies and the famous coffee drink from that part of the world, known as a flat white. 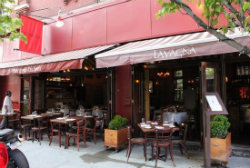 3) Lavagna's 15th Anniversary
When: Tonight
Where: Lavagna
What: Under-the-radar East Village favorite, Lavagna is celebrating its fifteenth birthday. The restaurant will be putting out old favorites like grilled calamari stuffed with shrimp and lamb shank with polenta and cabbage for the entire month of February.

4) Tết in NYC: Vietnamese Lunar New Year Celebration
When: Today, 2 p.m. to 6 p.m.
Where: Bronx Museum of the Arts
What: Head up to the Bronx to celebrate Vietnamese New Year hosted by the Mekong and Vietnam Heritage Center. There will be some free Vietnamese food, like rice cakes and spring rolls. 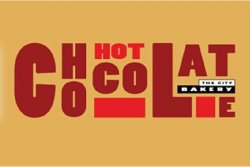 5) Hot Chocolate Festival
When: Today, through the end of the month.
Where: City Bakery
What: This weekend marks the beginning of City Bakery's 22nd annual Hot Chocolate Festival. The bakery, which is famous for its hot chocolate, will feature a new version each day throughout the month of February. Previous flavors include banana and caramel, Vietnamese cinnamon, and bourbon-infused cocoa. 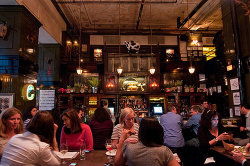 Super Bowl Dining: If you want to eat out, there are a few options, like The Breslin which will be hosting a Super Bowl viewing party with fried chicken and beer or, if you want something fancier, Danny Meyer's Superbowl Pop-Up is another option. You can also check out Sietsema's map if you're going to be on Super Bowl Boulevard on the big day. If you want to watch the game from home many restaurants are offering specialty takeout dishes including: burritos from Mission Cantina, baked ziti and other Italian dishes from Parm, jerk chicken and fried plantains from Miss Lily's and bo ssam with a side of loaded nachos courtesy of Ssam Bar, just to name a few.

All Previous Editions of Something for the Weekend [~ENY~]