Five great stories you may have missed on Heritage Network Radio. 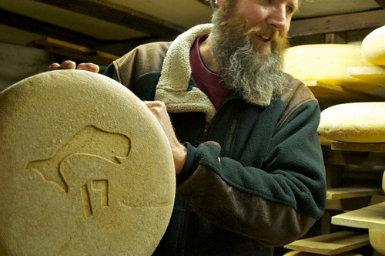 1) The Curdfather Peter Dixon:
Greg Blais, host of Cutting the Curd, spoke with the legendary dairy consultant and Founder of Parish Hill Creamery Peter Dixon, and Benton Brown, the man behind the Crown Finishing Caves, the Crown Heights, and the Brooklyn cheese-aging facilities that will host many of Dixon's cheeses for aging.  Here's Dixon on the meaning of their relationship:

Taking green young cheese from the country where it's made and aging it where the market is-that's what I think is so special about our collaboration. 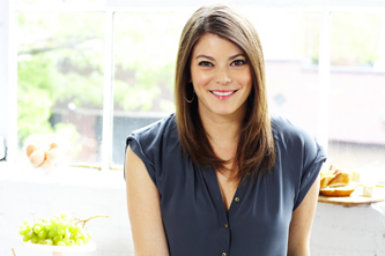 2) Gail Simmons on The Food Seen:
Food television personality and food writer Gail Simmons talked to Michael Harlan Turkell about why she needed to take her time and work up the ranks to be the food writer that she is today:

I knew I didn't want to be a chef, I knew I wanted to write about food but I felt very strongly, because of a lot of advice from a lot of very smart people that I worked for, that if I really wanted to write about food then I actually had to know something about food, which was something of a revelation-you can't just start writing and become a food writer, you had to actually know what you were talking about-so I moved to NY and I went to culinary school first...it was challenging and so much fun, but it's not really what working in a kitchen is like.
[Photo: Melanie Dunea] 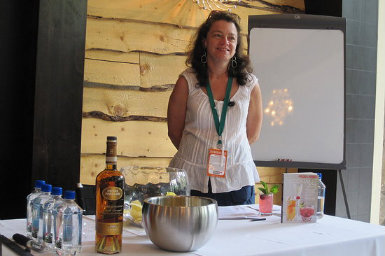 3) Kate Krader on NYT's New Cooking App
Shari Bayer, host of All in the Industry got Food and Wine's Restaurant Editor Kate Krader to share her two cents on the NYT's refocused coverage of food and cooking and their new app:

We love chefs, we're obsessed with chefs, we think they're the thought-leaders so often, but there's a lot of other interesting people in the mix now.  There are artisans, farmers, there are so many others doing great things that people are interested in now, and I think the Times has recognized that too, which has a lot to do with how they're evolving the [Food] section, and I can't wait to see what they're doing with it. 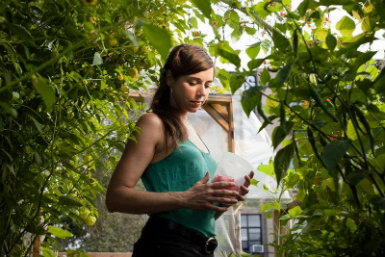 4) Roberta's Secret Garden
On the second episode of Roberta's Radio, HRN Executive Producer Jack Inslee spoke to Melissa Metrick, Roberta's' Garden Manager about the ins and outs of her unique position.  On the convenience of experimenting with niche vegetables
It cuts down their costs...the chefs will find something to do with it.  And if the chefs don't, the bartenders will.  And if the bartenders don't, then the pastry chefs will. 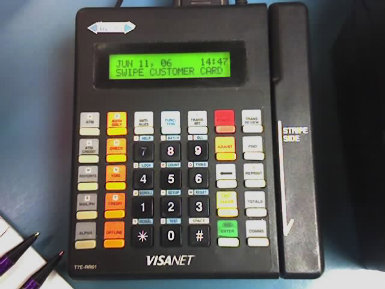