Hanging aquariums, a giant chunk of salt, and a collage wall.

Share All sharing options for: Chefs Club Is Shaping Up to Be One of the Strangest Dining Rooms in New York City

Yesterday the paper came down from the windows of Chefs Club, the restaurant where Food & Wine will soon host a rotating roster of some of its favorite chefs from across the country for guest stints. An inquisitive tipster took the opportunity to peer inside the Puck Building, and came back with a thorough look inside the David Rockwell-designed space. It's still very much a construction zone, but many of the key elements are already in place. Those notably include: an aquarium holding a stockpot, a gigantic chunk of salt suspended by ropes, and a collage of chef portraits. The promised "Nam June Paik-style video tower" does not appear to have been installed yet.

A bubbling stockpot, suspended in glass a la Damien Hirst, directly above the entrance.

Enormous chunk of what appears to be pink Himalayan salt, also encased in glass.

Behind the salt, a wall of chefs faces. How many can you name? 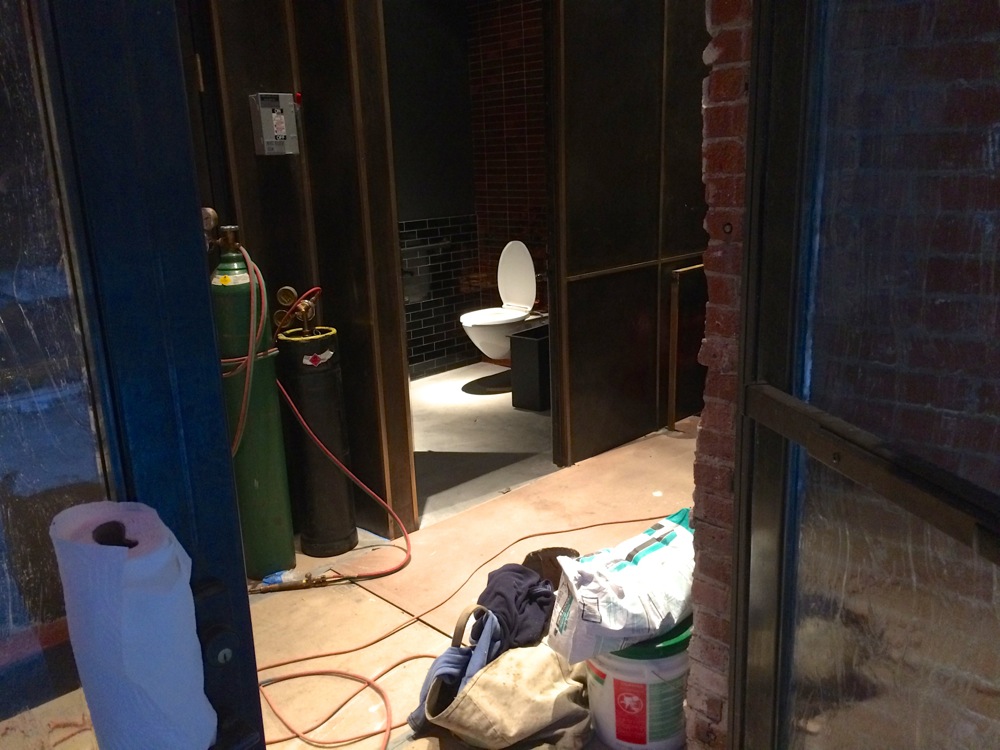 The bathroom doesn't look too shabby either.

Clearly, Chefs Club isn't quite ready to open yet. A rep tells Eater that an opening date hasn't been finalized, although the space will at least be hosting events by mid-October. When it does open to the public, Lachlan Mackinnon-Patterson of Colorado's Frasca Food and Wine will be the inaugural guest chef, followed by Gabriel Rucker of Portland's Le Pigeon, Linton Hopkins of Holeman & Finch in Atlanta, and Erik Anderson, formerly of the Catbird Seat.