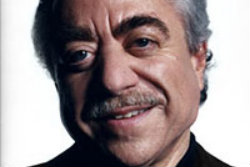 1) Alan Richman on Anonymity: James Beard Award-winning food writer of GQ Magazine Alan Richman chatted with Mitchell Davis of the James Beard Foundation on this week's episode of Taste Matters. He shares his appreciation for Brooklyn restaurants despite hating the drive, his waning excitement for Manhattan restaurants due to the noise and encroaching corporate feel, and weighs in on the glory days of being actually anonymous:

When I first started writing and nobody recognized me, my whole technique of writing was to be the poor schmo who walks into the restaurant, isn't dressed the way they want him dressed, (even though I would always dress nicely—I worked for GQ) but I didn't look like I was worth a fortune, and I would always be treated terribly in restaurants, and that was wonderful for a story. So I loved anonymity because I could be every man. I wish I could do it that way forever because it's the best way to review restaurants. 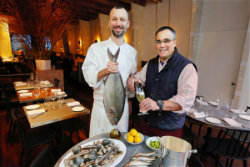 2) Chris Cannon on Chef/Partner Relationships: Chris Cannon of All'onda stopped by Leiti Hsu's show Word of Mouth to talk about his history leading up to All'onda, his upcoming Morristown, NJ project, and picking the right partnership to open a place:"Partnerships are very difficult. It's like marriage without the sex." 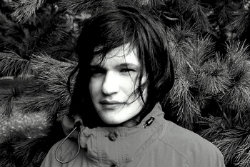 3) Jeff Bailey of Whirlybird: Darin Bresnitz of Finger on the Pulse talks to Jeff Bailey, former bass player for Phosphorescent. He talks about making the jump from the music industry to running a restaurant full time. Here's the operator of Williamsburg taco haven Whirlybird on his favorite carbs:

Bread is wrong…Tortillas are basically edible napkins…I love them because you can buy a bunch of them and they last for a long time before they go bad. 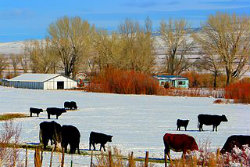 4) Sustainable Beef at McDonald's by 2016?
Katy Keiffer talks to Joel Makower of GreenBiz Group Inc. about McDonald's recent decision to rely solely on sustainable beef within two years. Check out the interview to hear what that means for the industry on a whole; here's Makower on where the decision came from: 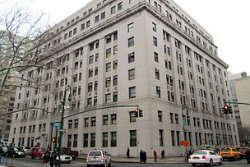 5) One Year In with the New York City Hospitality Alliance: Brian Keyser of How to Behave talks to Andrew Rigie of the New York City Hospitality Alliance, an organization he formed just over a year ago to help navigate the regulatory jungle facing both budding and thriving restauranteurs in NYC. Here's Rigie on his goals for the DOH letter-grading system, which he has worked with City Council to implement:

We need to change the regulatory culture. Instead of it just being inspector walks in, writes you a violation, it needs to be more of an educational process, where an inspector comes in, if they cite a violation they will point out the violation, explain why it is a violation, and then give you an opportunity to hopefully correct it before you're just immediately issued a fine.