A First Glimpse of China Blue in Tribeca

Share All sharing options for: A First Glimpse of China Blue in Tribeca

A lamp with a chintz shade and dangling beads decorates the marble-topped bar, where I enjoyed a cognac-based cocktail scented with cinnamon ($12) as I waited for my dining companion. Though the décor of China Blue's high-ceilinged suite of dining rooms is intended to evoke Shanghai in the 1930s, the dark woods of the furniture, chocolate-and-teal color scheme, and heavy hanging oak beams reminded me more of the California Mission school of design. Call it Mission Chinese. Whatever the influences, the space is relaxed and comfortable, and so large you expect to hear an echo if you raise your voice.

The restaurant is the sophomore project of Yiming Wang and Xian Zhang, the duo behind the celebrated Café China, a quasi-Sichuan spot near the Empire State Building. Housed in the former Capsouto Freres premises, entered by an anonymous wooden door on Watts Street, China Blue is far more obscurely located than its older sibling, among Tribeca streets hemmed in by the Holland Tunnel. It offers the cuisine of Shanghai, which is more of a regional than a city cuisine. Most of that menu has been available in New York City since Joe's Shanghai steamed its first soup dumpling 18 years ago. By my estimate, we now have a dozen Shanghai restaurants to choose from, including China Blue, which is the cuisine's most upscale evocation to date. 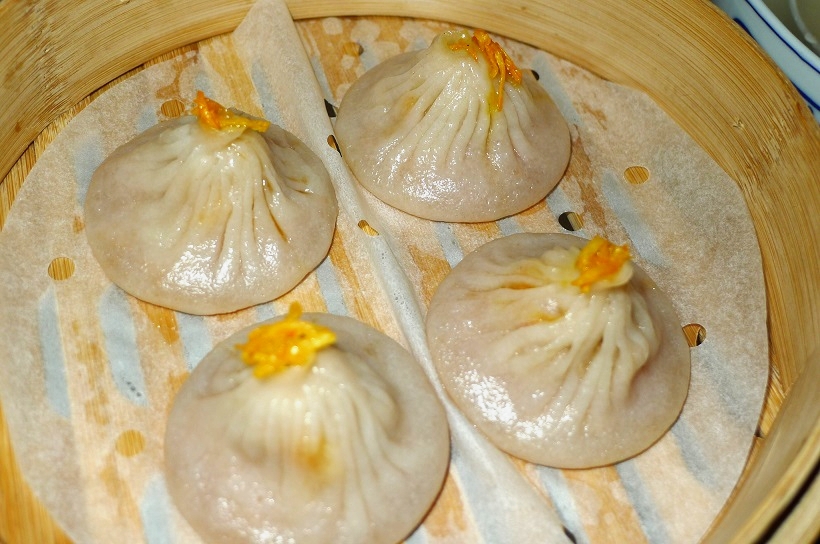 Indeed, the soup dumplings at China Blue (four for $12) are superb: diaphanous pouches with a skin measured in micrometers. So delicate is the wrapper that the puckered purses, crowned with a wad of crab meat, bulge at the bottom and require even more care than usual to avoid untimely rupture. 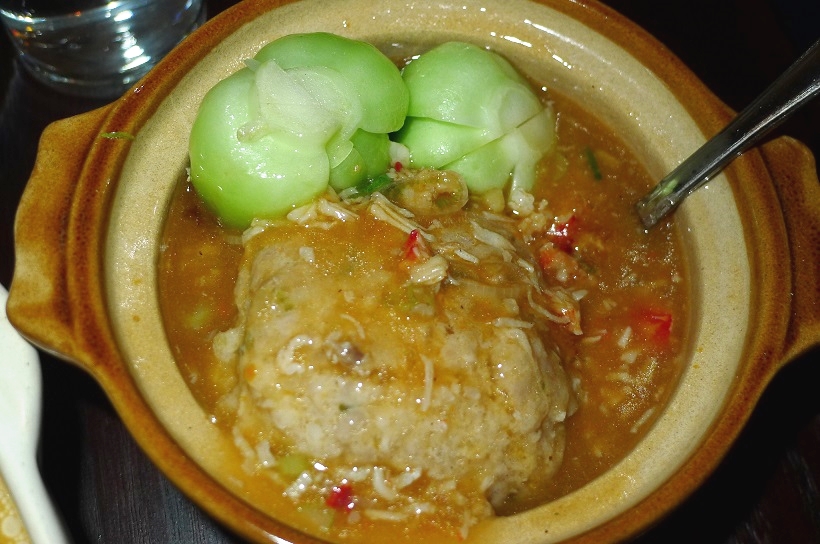 So, too, is the lion's head meat ball worth ordering, a humongous affair of ground pork wedged into a small bowl with a pair of baby bok choys, constituting a bonafide Shanghai classic. But I have two caveats: The title of the dish on the menu ("crab flavored 'lion's head' meat ball") coyly hints that the crab component is not genuine. I'm pretty sure it's surimi, the notorious crab substitute of salad bars and California rolls, made from fish paste rather than crustacean. The other caveat is cost: At this price point ($18.50 for one), you expect real crab. 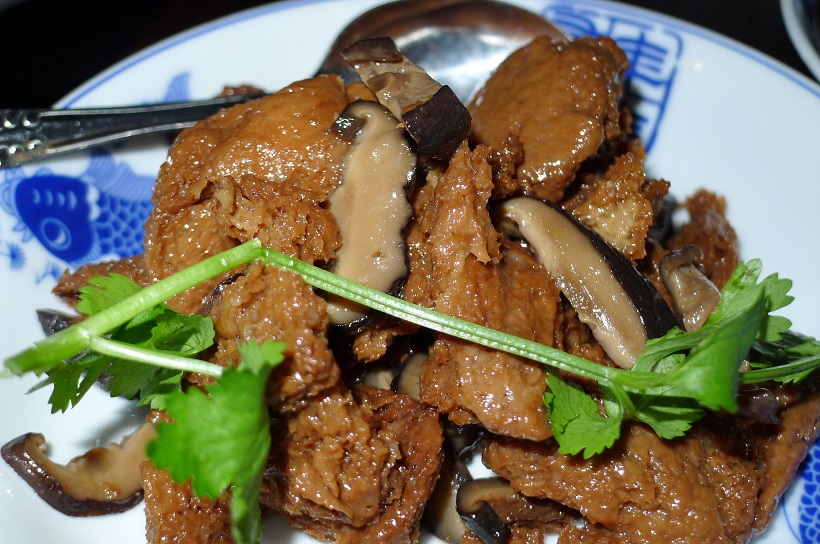 Other Shanghai dishes are executed with aplomb, including those from the well-known cold buffet that forms a key element of the city's gastronomy. Gluten-avoiders will flee at the sight of "kao fu Ningbo style" ($8), giant wads of striated gluten braised with mushrooms to resemble stewed beef, only bouncier. (Another mock-meat standard of the Shanghai menu, vegetarian duck, is notably absent from the bill of fare.) 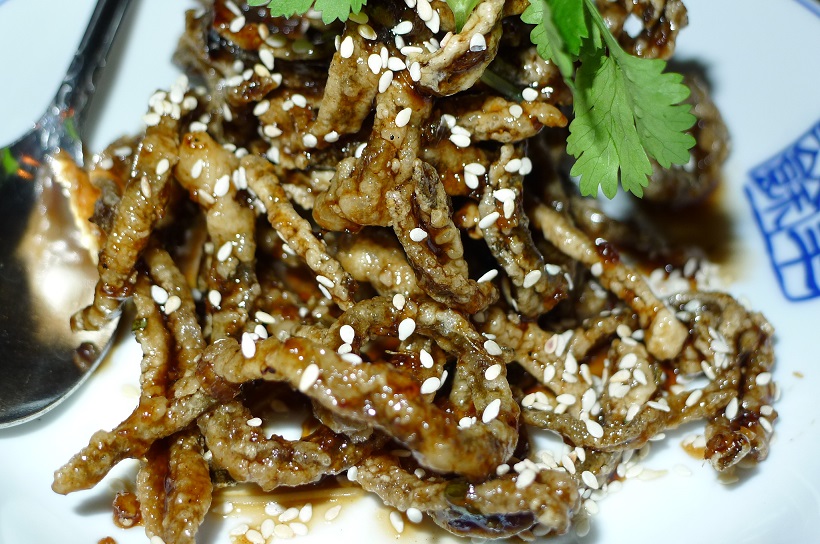 Probably our favorite dish of the evening was crispy eel, shreds of skin-on elver soaked in sugar and dotted with sesame seeds, producing an admirable squish-crunch ratio and insuring you won't need to order dessert.

Indeed, annoyance with the lion's heads aside, there wasn't a dud among the six dishes sampled, which were all pretty standard for Shanghai cuisine as cooked here. Though sometimes ramped up a notch in quality, the quantity of food tends to be smaller than at the city's other Shanghai restaurants. Dinner for two with a glass of wine, including tax and tip, set us back around $150, average for bistro-level restaurants nowadays. 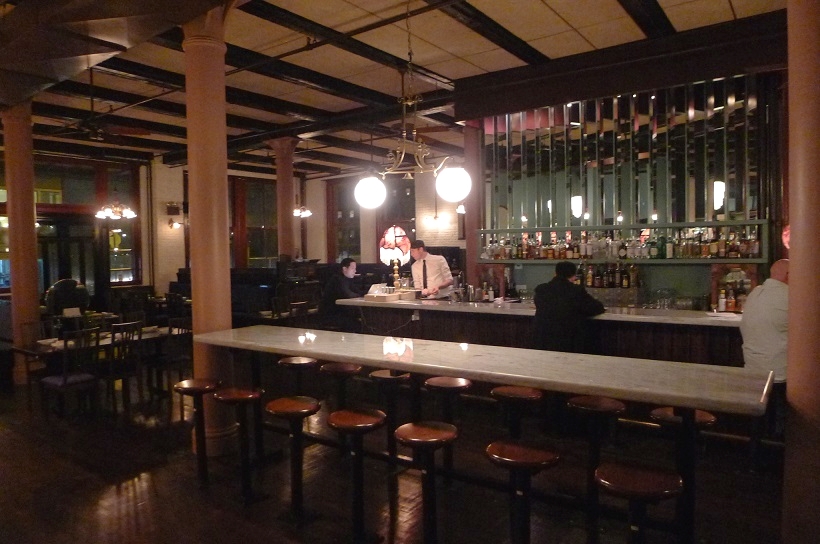 Still, when out for an evening of regional Chinese food, you'll have to make the call if you want to eat in lavish surroundings with a wine and cocktail program at China Blue or in a more diner-like setting at, say, Full House, a Chinatown Shanghai restaurant located on the Bowery, where a similar meal costs half as much.