Next Tuesday, September 17, the Madison Square Park location of Shake Shack will serve a butter-caramel Concrete made with four cinnamon-sugar Cronut Holes from Dominique Ansel Bakery. Mr. Ansel doesn't even make Cronut Holes, but he's figuring it out for this special promotion next week. Total sales of the special Cronut Hole Concrete will benefit the New York Police Department and Madison Square Park Conservancy. The Shack will only serve 1,000 of them. Here's a picture: 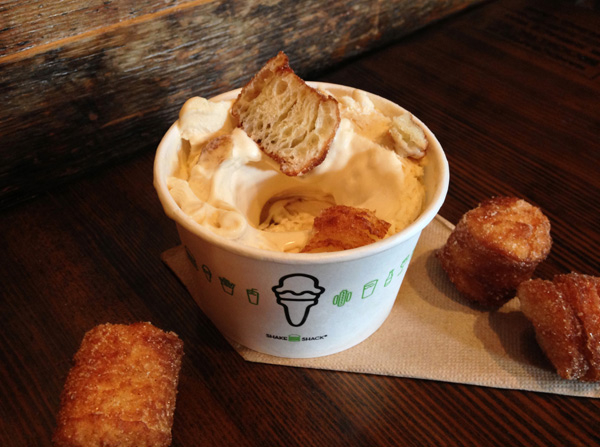 The secret ingredient is unicorn tears. $4.50.
· All Coverage of Cronuts [~ENY~]