1) East Village: The Manhattan outpost of Astoria's beloved Greek restaurant Taverna Kyclades opened Tuesday, EV Grieve reports. According to an earlier report from Bedford + Bowery, the menu here is exactly the same as the one served at the original, while the space is slightly bigger and "a little bit fancier to fit the City." Status: Certified Open. 228 First Avenue, no phone yet. 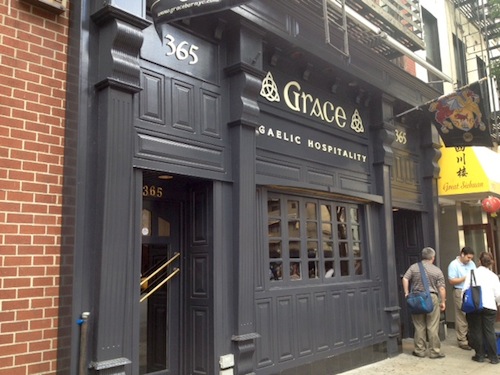 [Photo by Marguerite Preston]
2) Kips Bay: A new Irish pub called Grace Tavern opened over the weekend with a menu developed by a group of some of the city's top female bartenders, including Jane Danger of the NoMad, Eryn Reece of Death & Co., and Pamela Wiznitzer of the Dead Rabbit. Although none of them are on the permanent staff, the New York Times reports that each will work a guest stint and help train the regular bartenders in the coming months. Grace also offers craft beers, wine, and a seafood-based menu from Chef Ryan Schmidtberger, formerly of Lure Fishbar and the River Café. Status: Certified Open. 365 Third Avenue, 646-918-6553. 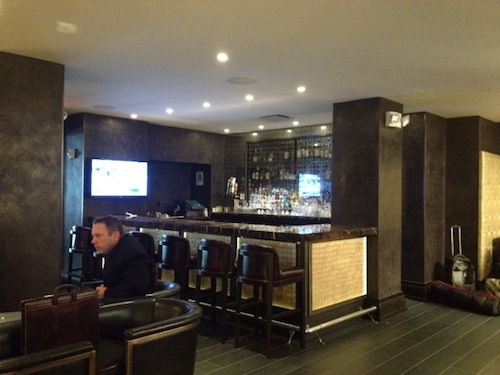 [Photo by Marguerite Preston]
3) Upper East Side: The bar at the Lexington New York City just got a complete revamp, and it's now called The Mixing Room. The updated space has an Art Deco-inspired interior and a menu designed by cocktail consultant Yusef Austin. The drink menu includes both classics and originals. Every Tuesday night, the bar hosts live music from the New York Jazz Workshop from 6 p.m. to 7:45 p.m. Status: Certified Open. 511 Lexington Ave., 212-755-4400. 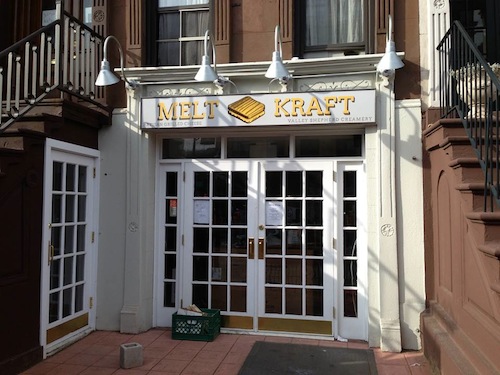 [Photo: Facebook/Meltkraft]
4) Park Slope: Philly-based grilled cheese shop Meltkraft opened this week in the Park Slope space that formerly housed Almondine. The shop is an offshoot of Valley Shepherd Creamery, a New Jersey dairy farm and cheesemaker. The sandwiches are all made with Valley Shepherd cheese, and come stuffed with things like smoked salmon, brisket, and mac & cheese. According to DNAinfo, the shop also serves coffee, pastries, beer, and wine, and it has a cheese and charcuterie counter with some pantry items for sale. Status: Certified Open. 442 9th Street, Brooklyn. 347-889-6290. 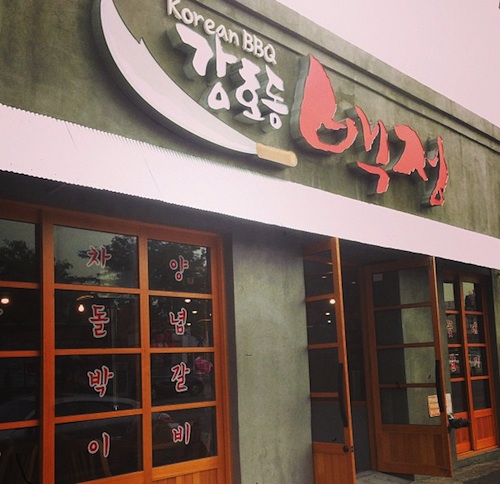 6) Lower East Side: Serious Eats recently draws our attention to Bassanova Ramen, which opened about a month ago on Mott Street. The opening chef was none other than Keizo Shimamoto, the creator of the Ramen Burger, who earned a solid reputation as the chef at the original Bassanova in Tokyo and as a blogger of all things ramen on his site Go Ramen. Although Shimamoto left to pursue his burger project before Bassanova even opened, the restaurant still serves the same signature green curry and tondaku ramen, and Ivan Orkin has professed his approval. Status: Certified Open. 76 Mott St., 212-334-2100.