As rumored, chef/restaurateur John DeLucie is indeed taking over the storied King Cole Bar in the St. Regis hotel. Robert Simonson reports that he will reopen the space with an atmosphere that will "evoke the jazz lounges of the 1920s." The lounge, dubbed King Cole Bar & Salon, will serve breakfast, lunch, dinner, and high tea. The bar is currently closed but it's slated to open in October.

In other fall tracking news, Robert Simonson also reports that cocktail king Ravi DeRossi is opening a vegan restaurant and bar in Carroll Gardens called Ladybird. DeRossi says that this will be "completely organic and sustainable." Over on East 53rd Street, Doug Quinn's new bar and restaurant Hudson Malone is on track for a November opening. In the East Village, Greg Boehm and Giuseppe Gonzalez are planning to open their long-delayed bar project Golden Cadillac. On West Eighth Street, Jared Gordon and Jesse Wilson are opening a "bar for grown-ups" called Analogue, which will have food by Comodo's Felipe Donnelly and Mac Osborne. And, David Rabin and Johnny Swet are working on a new 39th Street rooftop cocktail parlor called The Skylark.

The New York Post notes that former Time Warner CEO Richard Parsons is planning to open an "Afro-Asian-American" restaurant on West 118th Street called The Cecil, and he's working on a revamp of the Minton's Playhouse space. The Cecil should open later this month, and Minton's is slated to open in October. Alexander Smalls is the executive chef at both restaurants.

A few more fall tracking tidbits: Albert Allaham's kosher steakhouse Reserve Cut is moving into the old SHO Shaun Hergatt space, the team from Crave Fishbar is planning a southern restaurant on 24th Street called Bo's, and restaurateur Massimo Lusardi is working on a Bleecker Street restaurant by the name of Pagani. 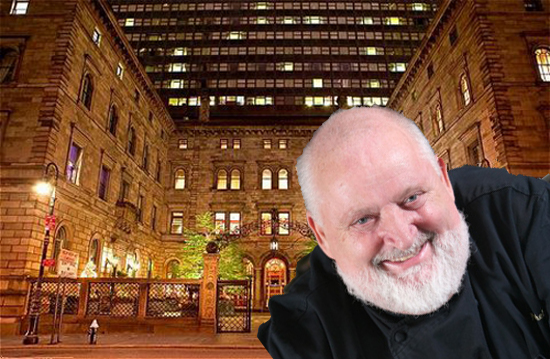 Today, the Times also profiles Michel Richard, who is going to open a cluster of restaurants in the New York Palace Hotel soon. The casual dining room at Villard Michel Richard will have windows that look out onto Madison Avenue, and the more refined restaurant, The Gallery, will have a wood-paneled "Italian Renaissance-style room" designed by Jeffrey Beers International. Richard notes: "I don't know what people expect from me here...You cannot fault the attitude of New Yorkers, only the attitude of the chef. I just hope the guests like what I serve."
· Whiskey and Hotels Stir the Drinkers [NYT]
· Fall forkage! [NYP]
· At 65, Michel Richard Is Tackling the New York Dining Scene [NYT]
· The Search for Stars Begins [NYT]
· All Coverage of Fall Tracking [~ENY~]
[King Cole Bar Photo]