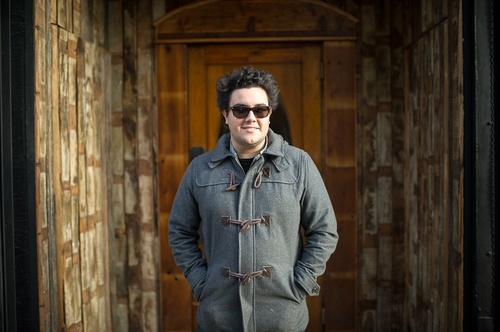 All styles of BBQ are very much informed by the history and the heritage of people that settled in that area. I think there are three things that happened in Texas. You have the cattle migration that goes through, historically, so you have this new influx of beef, this protein that wasn't as abundant. You have a lot of migrant workers?bringing the traditions of barbacoa up. Then you have these Czech and German immigrants that had their traditions of meat markets—historically more pork focused—and butchery shops?With the style that we look at, it came out of grocery stores and meat markets. 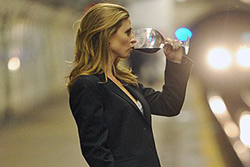 2) Jordan Salcito on Producing Wine: On this week's "On The Drink," Joe Campanale chats with Jordan Salcito, brand-new Beverage Director for the Momofuku restaurant group and creator of Bellus Wines. She explains the challenges of balancing a restaurant industry career while starting her own wine label. Here's Salcito on running a wine label from a continent away:

I like to be over there for the harvest. I think you learn about the vintage, you learn about the wine, if you're actually there for the harvest. So I think that's one thing that is really helpful. But of course in New York it's not always possible because you can't always plan for it, so our 2011 "Girasole" was the first time that, ever since 2006, that I had not been there for the harvest. So she and I were on the phone a few times a day, and then after Crown was open, that's when I was able to go back for the various other little decisions, the fine tuning. So all these other little decisions, those were the decisions that we were able to make together. 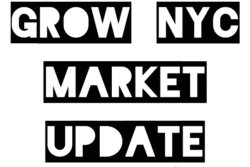 3) Sunnyside Greenmarket Snapshot: Caroline Hiteshew of GrowNYC calls in to discuss with Erin Fairbanks what's going on at the Sunnyside, Queens' Saturday Greenmarket, and how they are working with Queens County Market to promote Queens food businesses:

I recently learned that Queens is the most diverse urban area in the world, which is awesome, and our Sunnyside market certainly reflects this...Queens County Market's mission is to connect Queens communities with local food businesses and to champion and strengthen the local food industry in Queens. They do this by organizing pop-up markets around the borough that feature a rotating group of local and diverse entrepreneurs. 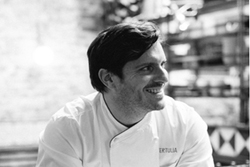 4) Seamus Mullen and Tertulia: On this week's installment of "Taste Matters," executive vice-president of the James Beard Foundation Mitchell Davis invites Seamus Mullen in to explain how he ended up cooking Spanish food. Here's Mullen on where his style of cooking falls in the spectrum of Spanish cuisine:

What I like to think of this as is the 'fertile middle ground' of Spanish cuisine. You have your very accessible tapas, much of which is not very good in Spain, and then you have your very high-end stuff that everyone is aware of. And then, in the middle you have all this amazing product—incredible seafood and rice, obviously all the ham and cured meats and cheeses, olive oil, olives, the list goes on and on. And a lot of that was the food that I was eating while I was living there, because I was living with a family, and then I started to discover that as I was cooking there, that there were a lot of restaurants that were focusing on that?and over the years now that style has become more appealing.

5) Hudson Valley Beer: On the lively beer talk show "Beer Sessions," Tommy Keegan of Keegan Ales joins Chase Healey of Prairie Artisan Ales and the Yonkers Brewing Co. team to drink beer and talk about the paths they all took to brewing in the Hudson Valley. Here's Keegan on the brewing scene:

We get a lot of great New York City chefs coming up [to the Hudson Valley]. A lot of great restaurants are coming up as well. The whole Hudson Valley food industry, not just from restaurants, but from that whole farm-to-table movement, is taking some serious hold. We just finished working an event where we were supporting these farmers who are trying to grow hops commercially?it's just really cool and fun and exciting and it's cool to be a part of something where we're all on the same page.