Share All sharing options for: Neary's, a Stately Irish Pub Near Sutton Place 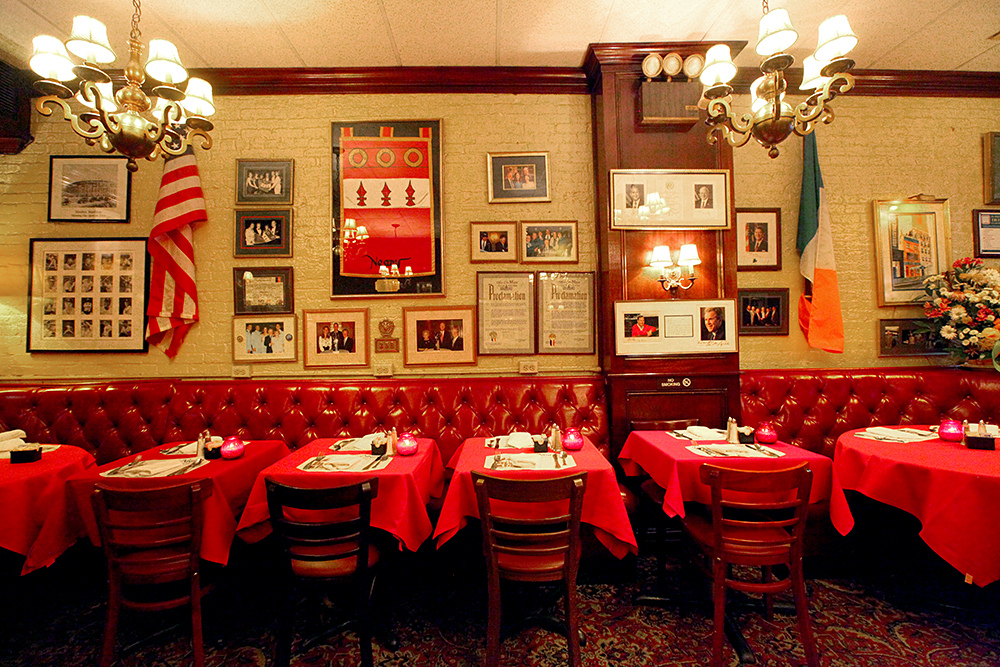 [Bess Adler]
In a city full of Irish pubs, Neary's has to be New York's poshest. Its location, on East 57th Street, not far from Sutton Place, has something to do with that. It has resulted in a tonier clientele than you usually get at places that proudly serve corned beef and cabbage. The tables are often filled with older gents whose casual wear belies their considerable wealth, and mature ladies who do nothing sartorially to disguise their social station. Their quiet, conspiratorial conversations, along with the cozy, dark-wood-and-red-banquettes decor, give Neary's the air of a private club.

The address and cocoon-like feel notwithstanding, Neary's probably wouldn't be the success it is if it weren't for Jimmy Neary, the faithful and attentive owner. On a recent visit, I was shown to my table very quickly, delayed only a short while by another diner chatting in the aisle. Nonetheless, a diminutive man with glasses and a full head of gray curls came up to me and offered an apologetic explanation as to why I had had to wait an extra 30 seconds to be seated. 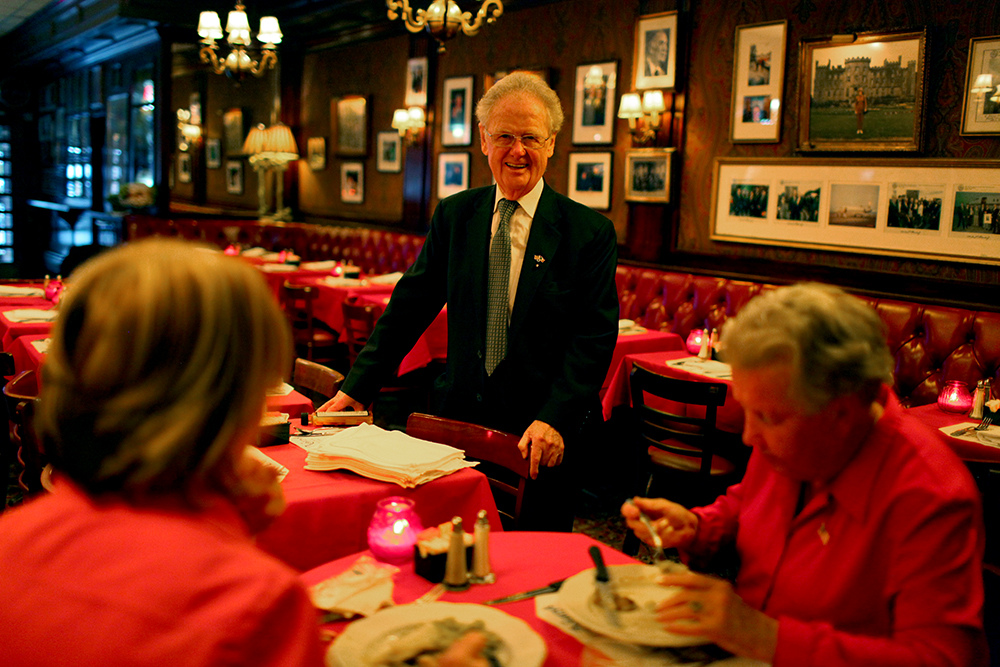 [Bess Adler]
This was Jimmy Neary, I soon learned. He is the very opposite of the absent restaurant owner. Neary is seemingly everywhere: greeting the patrons; assisting the waitresses in turning over tables; bringing out dishes from the kitchen (he served me my French onion soup, which was superb); spinning yarns with customers at the bar; and balancing the books at a small table near the kitchen. He's in his early 80s, but has the energy of a much younger man.

Jimmy, a native of Sligo, opened Neary's on St. Patrick's Day in 1967. Since then, it's been a popular pit stop for pols after the March 17 parade. Former New York governors and mayors have been regulars and there's an occasional Presidential visit. Despite its moneyed clientele, the prices are kept in line, so as to make the less-well-heeled feel welcome. A startling number of entrees—included such bygone staples as Minute Steak, Ham Steak with Pineapple Ring and Calf's Liver with Bacon and Onions—are priced exactly the same: $19.95. I had the Dublin Broil with mushroom gravy and boiled potatoes and couldn't have been happier. I washed it down with a bottle of Harp, as Neary's has no taps.

Editor markup for Neary's. This is only visible in the story editor.

Across from me, a long-lingering table of six—three couples and obviously old friends—discussed where they had eaten recently. This went on for some time. They obviously ate out a lot, but only at places within a certain comfort zone—roughly restaurants between 50th and 70th streets, and Fifth Avenue and the East River. A lulling soundtrack that didn't get more raucous than pianistic versions of "Memory" and the theme from "Chariots of Fire" ensured their relaxation. Meanwhile, Jimmy joshed around with the waitresses (some of whom have worked there for 30 or 40 years) while bussing a table. "Jimmy Neary!" joked one of them in return in a perfect Irish brogue. "The ideas you get into your head!"