Thirty kilometers north-by-northwest of Florence lies the hilltop village of Migliani, occupying a meandering ridge and surrounded by a medieval wall. It was there in 1920 that Leonardo Santi founded Il Cantuccio, a bakery specializing in cantucci (a/k/a biscotti di Prato, named after a town midway between Florence and Migliani where they've been baked since the 17th century). These sweet oblong biscuits cut from a flattened loaf of yeast-risen dough and decorated with a single almond were intended to be eaten in the late afternoon with a glass of Vin Santo. The bakery eventually upped the number of almonds and established a branch in Florence, Italy. Early in 2010, the current owners boldly opened a bakery and store in the West Village on Christopher Street. 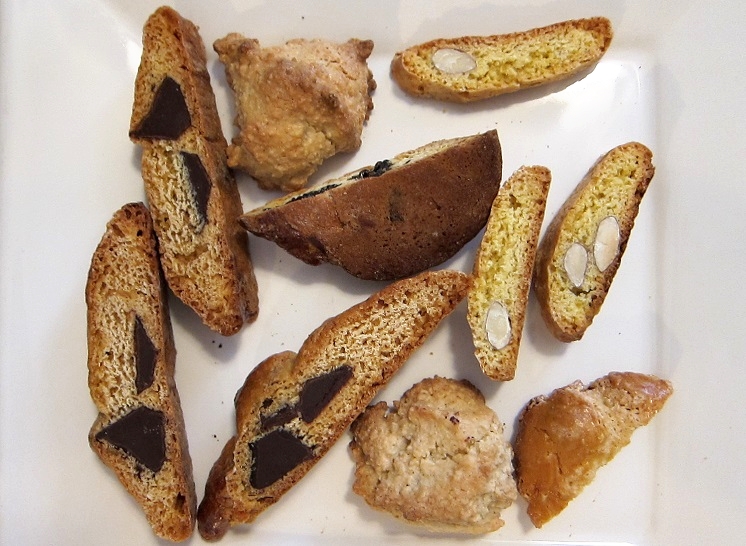 In addition to almond cantucci, owners Simone Bertini, Lorenzo Palombo, and Camilla Bottari embroidered on the tradition by offering the twice-baked biscuits, as they did in Florence, variously studded with figs, dried apricots, prunes, and big chunks of dark chocolate. As you entered the new bakery near the corner of Bleecker Street in the West Village, you'd see the cookies on your left in big white baskets, and were invited to assemble an assortment to be boxed or bagged. These biscuits outwardly resembled the biscotti sold at Sicilian bakeries like Veniero's, but were somewhat softer. You'd never chip a tooth on cantucci. 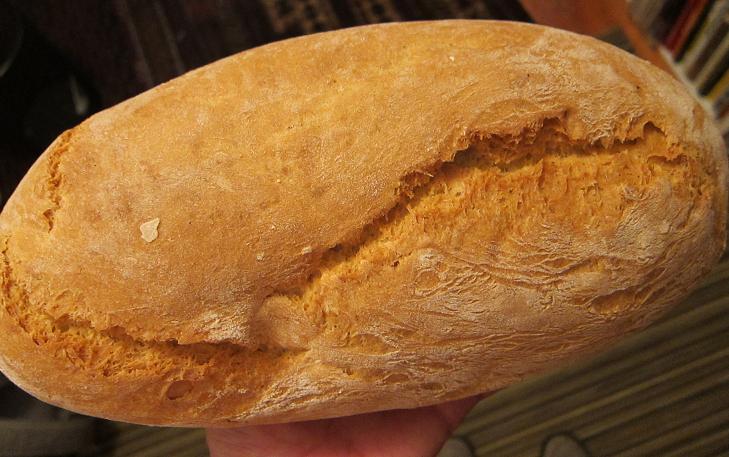 A co-specialty was pane Toscano, big loaves of Tuscan bread that were light-brown, dense, and entirely salt-free, made with imported flour different from the kind that usually goes into American bread. Anyone who has visited Tuscany will remember these ethereal loaves, said to be saltless in order to avoid a tax placed on salt by a medieval pope. Others claim the bread evolved because of the way it was used. According to Burton Anderson in Treasures of the Italian Table, giant loaves were traditionally baked by Tuscan women in communal ovens every Saturday, and the bread had to last an entire week until the next Saturday. 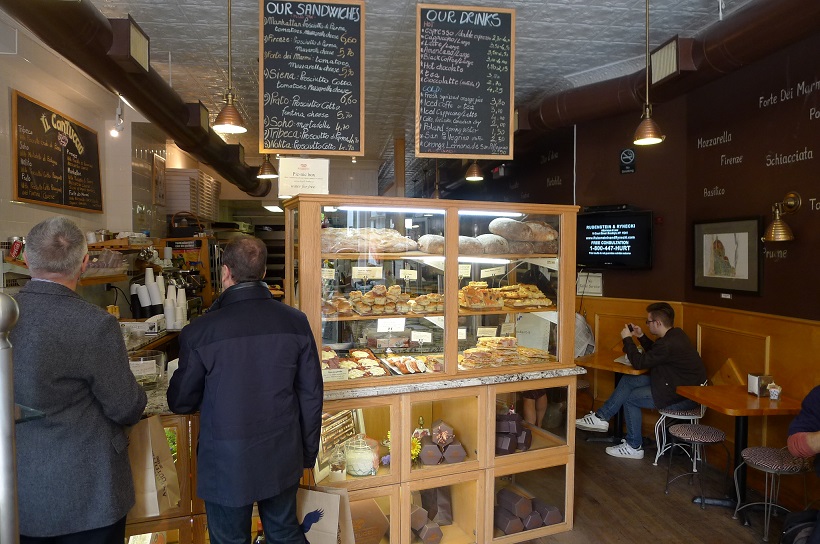 The first day or two, it would be eaten fresh. The next day or two, it would be toasted and topped with things like sheep's milk Pecorino cheese and crudo (a local, prosciutto-like ham) to make crostini, for which the salt-free nature of the bread was a tremendous asset, given the inherent saltiness of the toppings. Finally, the remaining stale bread would be used to make the Tuscan bread salad called panzanella, the bread soup known as ribollita, and papa al pomodoro, a pap made of bread and very ripe tomatoes with the texture of baby food. 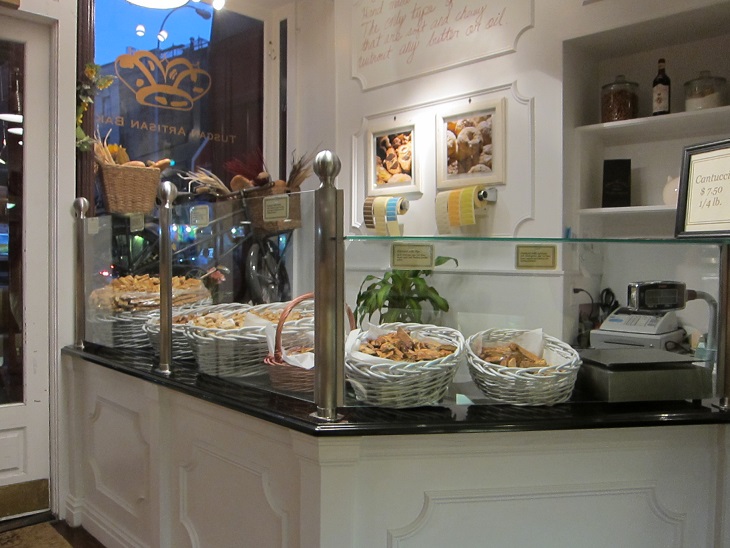 I was overjoyed when Il Cantuccio opened in the West Village, because now it was possible to make authentic-tasting versions of the many bread-bearing Central Italian recipes. But I wondered at the bakery — which was delayed in its opening due to a fire — because bread and soft biscotti were nearly all that was offered. It was as if the owners thought that presenting a replica of their rather arcane bakery, perfectly reproducing a handful of Tuscan specialties and little else, was enough. 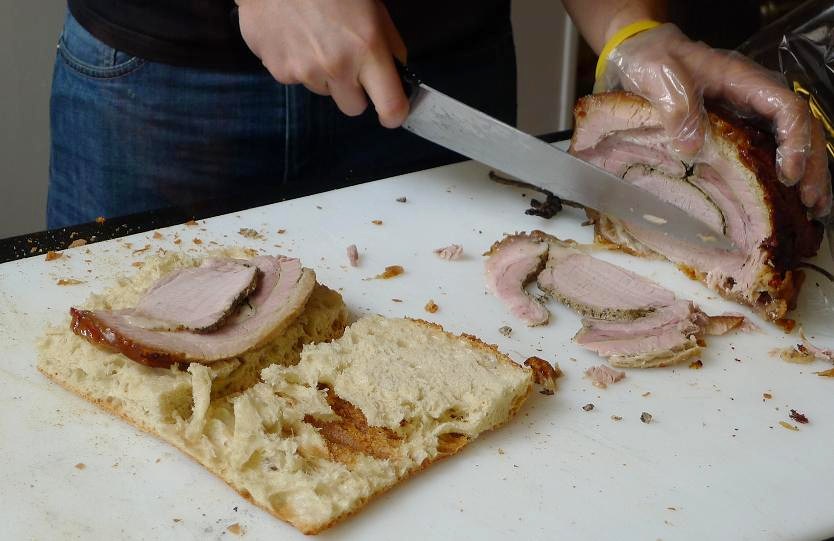 But in short order, they began to adapt. Soon they were turning out flat focaccia loaves and brioche rolls studded with chocolate chunks called pancioc. Next came sandwiches with snappy New York neighborhood names that, still unreconstructedly Italian, featured thin slices of meat or cheese on focaccia with no condiments such as mayo or mustard — the austere sandwiches rendered delightful by the simplicity of presentation and richness of the flavors. One weekend there were porchetta sandwiches, too, as the partners experimented with an American audience. 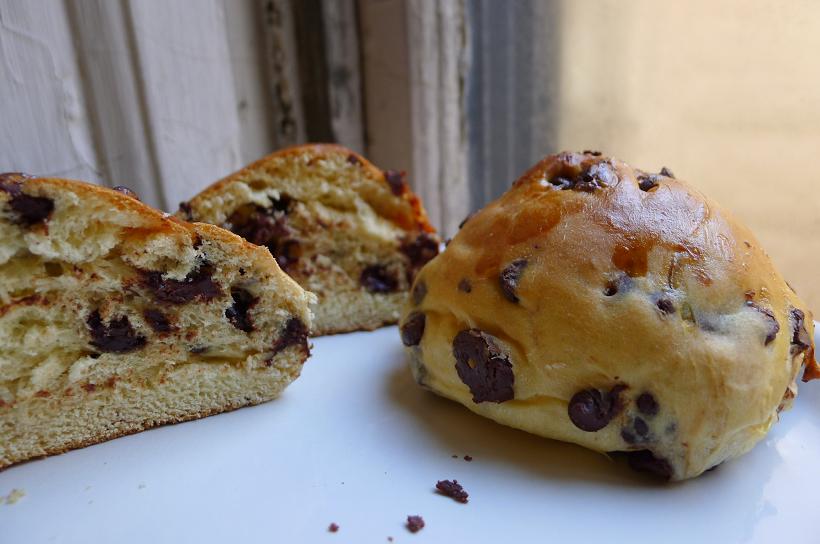 At times the place seemed to be catching on. There were tables along one wall that looked into the open bakery, were one or two bakers always seemed to be toiling over the massive ovens. There was a backyard, too, where children of the owners and bakers were often seen playing. The place made excellent espresso and cappuccino, and even learned how to make American coffee. But somehow the mix of products and customers — many of whom were homesick Italians, who came to nibble and kibitz — never generated sufficient cash flow. And the diversity of breads and pastries eventually produced never won the American audience the proprietors had hoped for. Last week, the place closed down, and one of the city's greatest Tuscan outposts vanished with no chance for its admirers to say goodbye. R.I.P. Il Cantuccio.