These people threw on their winter coats in the wee hours of the morning and trudged to Madison Square Park to be the first in line for the Shake Shack Cronut Hole Concrete, a one-day-only dessert made of Shake Shack butter-caramel custard, Cronut holes from Dominique Ansel Bakery, and eggs laid by a golden goose. The dessert goes on sale at 10 a.m., and all proceeds go to charity. It looks like Cronut Mania still has some legs, after all.

The Shackmeisters made a special commemorative T-shirt for the people waiting in line. The first review of this treat will probably hit the blogs at around 11:00 a.m. Stay tuned.
UPDATE: Here are a few more early morning line shots: 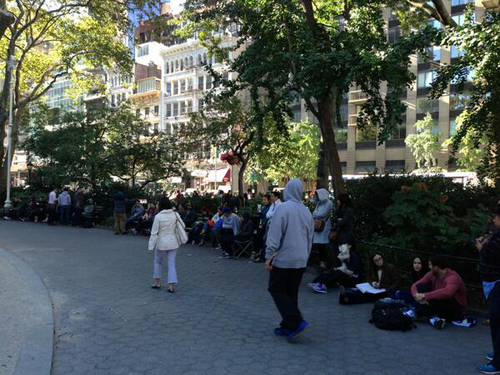 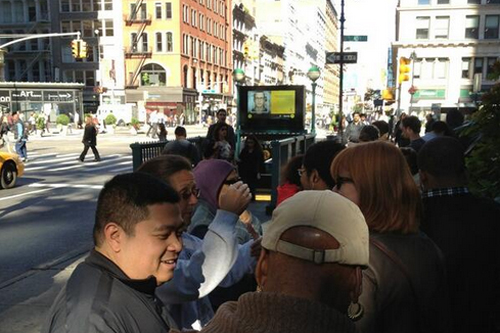 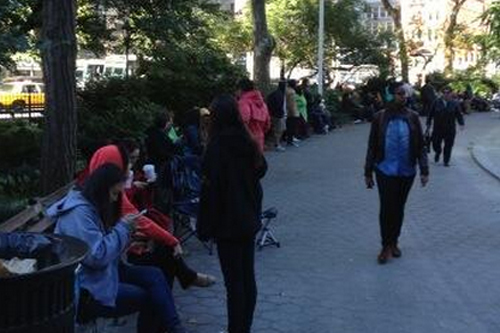