1) Union Square: Here's a look at the current state of All'Onda, the long-awaited, much anticipated Northern Italian restaurant from former Ai Fiori chef Chris Jaeckle and the legendary Chris Cannon. The place has been cleared out since last check-in, but looks like it still has a ways to go before the opening later this fall. [PLYWOOD] 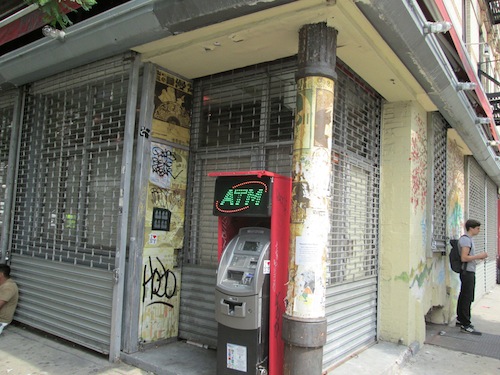 [Photo: Emma Kestler]
2) Lower East Side: This is the Orchard Street space where Danny Bowien will supposedly open his Mexican restaurant. Bowien and the rest of the Mission Chinese team remain completely silent on the project, and from the outside it's impossible to tell what's going on in the old Noodle Bar space, but word on the street is that the mythical restaurant will open in late September. [PLYWOOD?] 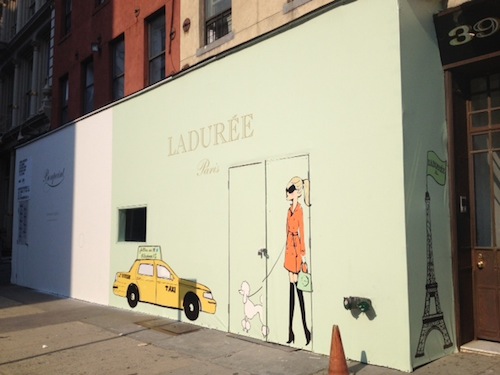 [Photo: Marguerite Preston]
3) SoHo: The facade is up at the downtown location of Maison Ladurée, which announced that it would take over the space occupied by Barolo last summer. This is the second Manhattan outpost of the famed French macaron shop, and it will supposedly be "the most beautiful Ladurée in the world." Grub Street reports that it will include not only a retail shop, but also three tea salons, a 200-seat restaurant, and a garden terrace, with chefs from the Paris Ladurée flown in to recreate the original menu. The opening is slated for mid-November. [PLYWOOD] 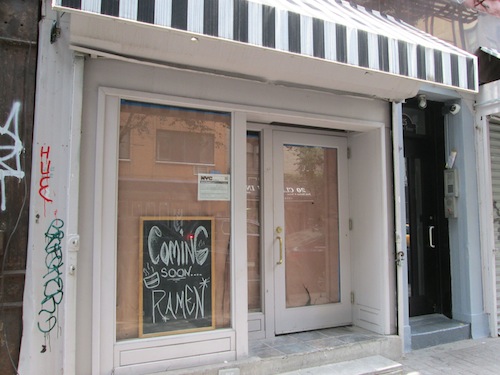 [Photo: Emma Kestler]
4) Lower East Side: From the outside, there's no change to report since the last check-in at Ivan Ramen in April. The highly-anticipated noodle shop has been much delayed from the mid-summer opening originally planned, but Ivan Orkin has been busy with research and previews. He now gives a tentative opening date of early November. [PLYWOOD] 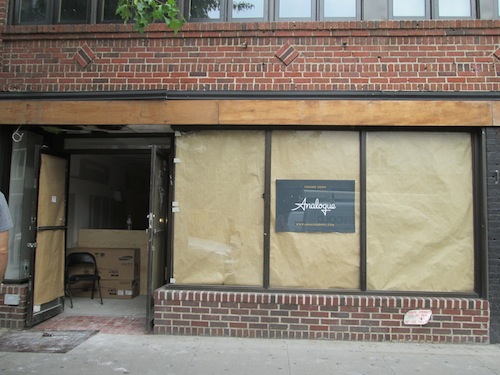 [Photo: Emma Kestler]
5) Greenwich Village: Jared Gordon and Jesse Wilson will open Analogue, a "bar for grownups" which they say will be neither rowdy or pretentious, sometime in October. The bar will have live jazz, a cocktail menu by Nesha Korak of Employees Only and Cafe Tallulah, and food by Comodo's Felipe Donnelly and Mac Osborne. [PLYWOOD] 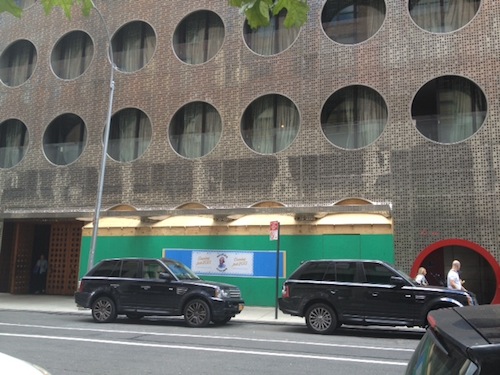 [Photo: Kat Odell]
6) MePa: Here's a look at the facade on the new outpost of Melvin's Juice Box going in at the Dream Downtown Hotel. The new cafe, which will serve breakfast, lunch and dinner, is slated to open later this fall. [PLYWOOD] 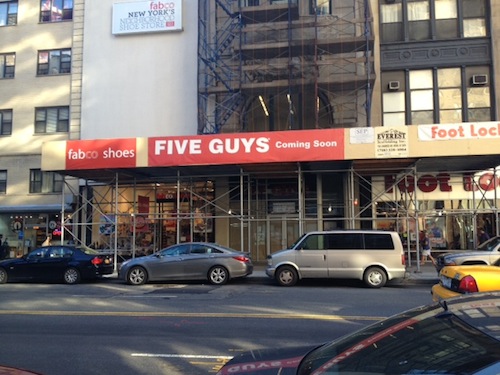 [Photo: Kat Odell]
7) Union Square: There's a new Five Guys going in on 14th Street. This is one of the first of the 20 or so the company promises to open in Manhattan in the near future. [PLYWOOD]