What the Candidates' Restaurant Picks Say About Them

Share All sharing options for: What the Candidates' Restaurant Picks Say About Them

As noted yesterday, WNYC recently published a list of restaurants preferred by the current slate of election candidates. To anyone who likes to eat out, the results are incredibly revealing. In fact, you might be tempted to make your choice for mayor, public advocate, and comptroller based only on how interesting their taste in food is. Why not? 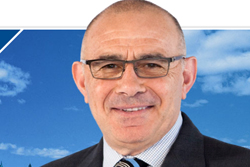 Sal Albanese (Democrat) gets kudos for picking a Jamaican café, Fisherman's Dawta, but one in a mainly white neighborhood in downtown Brooklyn. Doesn't he know there are much better places in Flatbush and Crown Heights? There's also a Peruvian chicken place, a pizza parlor, and – is this supposed to excite hipsters? – Ninth Street Espresso. Yes I know they serve food, but could this really be your favorite restaurant, Albanese, let alone your favorite coffee bar? [Photo] 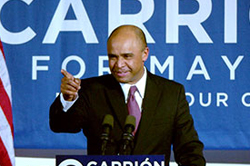 Adolfo Carrion (Independent) mainly picks the most obvious spots: Peter Luger, Nathan's Franks, Amy Ruth's (courting a Black constituency), and Joe & Pat's (in a tip of the hat to Staten Island). But he also selects the largest number of spots (10!), handily outdistancing all his rivals, except possibly Bill de Blasio. There are newer, more au courant places on the list, such as MP Taverna, that show he's been avidly following the food press. This guy is a trencherman![Photo] 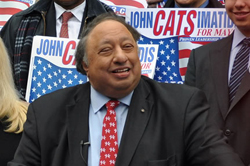 John Catsimatidis (Republican) offers a perfunctory list of red-sauced Italian restaurants, including the mediocre-but-humongous Gargiulo's, making me think he's being honest about what he likes to eat, which also accounts for his splendid collection of chins. Still, no shout-out to your Greek homies, Catsimatidis?[Photo] 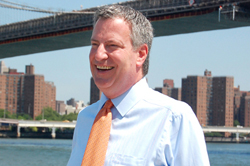 I'd vote for Bill de Blasio (Democrat) based only on his son's hairdo, but what about his food choices? He gives nine, including Mamoun's Falafel, which impresses me. But other places seem like generic choices — Caribe, Little Purity Diner, Grill Point (an Israeli spot in Queens of no particular distinction), Mr. Falafel (OK, we get the idea he likes falafel) — making me wonder if he didn't select most of his places for neighborhood-based, working class cred. No Asian restaurants on the menu also makes me wonder. Who doesn't like Chinese and Indian food?[Photo] 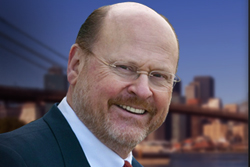 I can only say Wow! when it comes to the picks of Joe Lhota (Republican). I can understand Peter Luger and City Hall – those are power lunching spots where he probably eats fairly frequently. But Parkside in Corona? It has alleged mob associations going back decades, though I really dig that little bocce court across the street. And Rosarito Fish Shack in Williamsburg is a simply awful yupped-out seafooder located near the upscale highrises on the East River waterfront. Is that where he lives?[Photo] 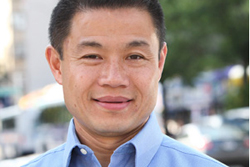 John Liu's choices come as a complete, knock-out surprise. Is there really no Chinese restaurant you like enough to put on the list, Liu? Or are you walking on eggshells and listing only restaurants that cook in Western styles because you're afraid of alienating any elements of your core constituency? I'm sorry, but it looks just plain weird, especially since few candidates are listing Asian restaurants at all. Are politicians secretly boycotting Chinese and Indian restaurants?[Photo] 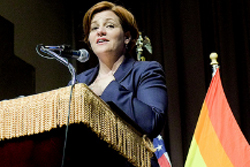 I can't say Christine Quinn's (Democrat) five choices indicate she likes to eat in restaurants much. She picks Rambling House, a handsome Irish gastropub so far north in the Bronx it might as well be in Westchester. Then there's a remote Jewish deli and Moonstruck diner, the latter possibly chosen for its gay associations. Really, a very sad and unimpressive list, but possibly honest.[Photo] 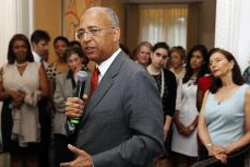 Foodwise, the very worst candidate is Bill Thompson. He likes only two places, Dunkin' Donuts and Potbelly. Both are fast food establishments, and Dunkin' is responsible for despoiling the local doughnut scene across large swaths of the city. Maybe Thompson thought he was being funny, but he's revealed far too much about his character in these paltry and misguided choices.[Photo] 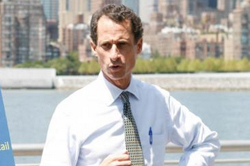 Of the mayoral hopefuls, the second-biggest wiener is Anthony Weiner (Democrat). He picks five places, of which Brennan & Carr is the most revealing. This ancient Irish fast-food spot in Sheepshead Bay, Brooklyn specializes in roast beef steamed until it's the equivalent of gray library paste. Is Wiener dyspeptic, you might wonder? His shrinking girth suggests as much. Other favorites, like L & W Oyster, represent mediocre places that are not all that far from much better places in the same category.[Photo]

My vote goes to: (God help me!) Adolfo Carrion 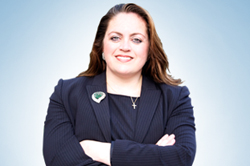 Cathy Guerriero (Democrat) offers a five-restaurant list composed only of mediocre diners. This is a sad dining life, even for a career politician.[Photo] 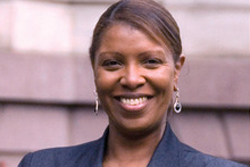 On the other hand, Letitia James (Democrat) has one of the most diverse and believable lists of any candidate, hands down. I'll simply list her five choices, and you can provide the praise: Madiba, Prime Meats, City Rib, Red Rooster, and Caridad. Even though none of these restaurants are without flaws, the list indicates a person at least partly engaged with the food scene. The restaurant with the least merit here is City Rib, a new barbecue/sports bar in Jamaica, and one wonders if she has a personal connection of some sort with someone who owns the place.[Photo] 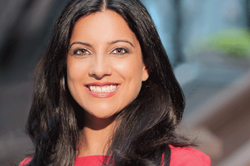 Reshma Saujani (Democrat) is one of the few candidates who mentions an Asian restaurant, in this case Neerob, an Indian place in Castle Hill, Bronx that seems like something of a neighborhood social center. I'm heading up there soon to see how good it is. She also name checks Rabbithole (a minor Williamsburg hipster haven), 16 Handles (a local fro-yo chain and not really a restaurant), and Dinosaur BBQ (not the best barbecue in town, but reportedly improving), which makes for a dizzyingly far-flung list. Hard to imagine she eats too often in any of these places, but who knows?[Photo] 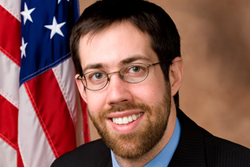 The military-sounding Daniel Squadron (Democrat) has easily the best list among candidates for Public Advocate. He loves Spicy and Tasty (why not go one step further, and pick Little Pepper?) and Ali's Roti Shop, so he has a pretty advanced palate, and one that seems to favor spicy food. Well done, Squadron![Photo]

My vote goes to: Daniel Squadron 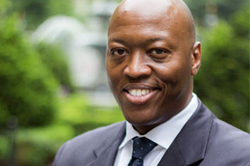 A Cajun/Creole/Asian mash-up spot near Pratt, a couple of red-sauced Italian places, a good Dominican cafe seemingly chosen at random in Corona, and a Hell's Kitchen Asian fusion spot that would surprise me if it was any good. The list seems way too random, and doesn't tell us enough about John Burnett (Republican).[Photo] 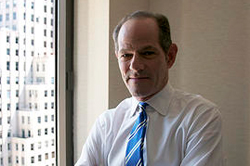 On the other hand, Eliot Spitzer (Democrat) can think of only three restaurants he likes, and one of them is Junior's. He's not trying very hard. [Photo]

My vote goes to: Abstain!

· Where the Candidates Dine [WNYC]