Share All sharing options for: The Early Word on Chef Shaun Hergatt's Juni

Although most people seem to like the food at Juni, some early diners complain about the prices at Shaun Hergatt's new fine dining restaurant in the Hotel Chandler. Tasting menus run from $90 to $180, and the a la carte entrees are all $40. Hergatt developed a strong following among food bloggers and message board users for his work at SHO in the Financial District, and it sounds like he's cooking in a similar style here. Here's a roundup of the early word:

The Amazing News: One Yelper offers a dish-by-dish recap, and gives the restaurant a five star rating, overall. The takeaway: "Overall, the food was delicate, complex, focused, somewhat innovative, and delicious...The service was very good, still finding its groove in places, but our primary server (Jason, I believe) was so good, spectacular actually, that I give the service the highest marks. The wine list is small, seasonal, and focused on solid boutique producers...Overall, I would say that Juni is a welcome addition to the top tier restaurants in NYC, and I look to going back." [Yelp]

The "Not for Everyone" News: Gael Greene has mixed feelings about Juni: "I don't mind a flutter of marigold petal on this exquisitely cooked langoustine. I enjoy perfect sprigs of young purslane accessorizing my Griggstown poussin. But a three-inch by two-inch sliver topped with a cockscomb in an overly-intense saucy glue, is rash." She recommends Juni "for aesthetes and adventurous eaters, and for bruised and battered New Yorkers who long to be coddled and fed in a civilized haven." [The Insatiable Critic] 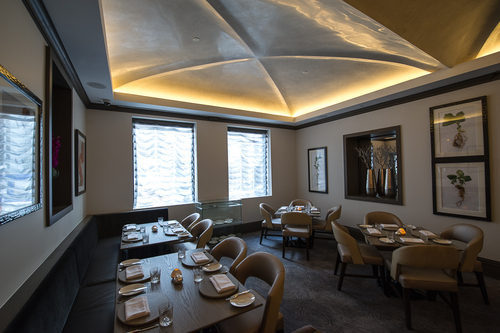 The Okay News: One Mouthfuls user reports back on an early meal: "Hmm. Food is consistent in quality with SHO, so seems NYTimes three-star level. Room is very cut up so it seems very intimate and small — you can only see a few other tables at once. Lack of availability on [Open Table] is misleading. The vegetable thing is a bit of a gimmick — you wouldn't really notice it just from the food, but there are some interesting things like anise hyssop, but they don't take center stage in any meaningful way. It's no L'Arpege (duh). I want to like this place a lot, and by all rights it should be better than The Elm, but it just isn't — at least at this point in time." [Mouthfuls]

The Pricey, But Worth it News: One Eater reader chimes in about the prices: "Was this a cheap meal? No. But as in many a fine NYC restaurants, the best food does not come cheap. But honestly, divide just the main courses by the price, and at about $20 a plate, one can feel as if they had a bargain. What would you pay for a painstakingly prepared, amazing tasting plate? Think about that the next time you are at your favorite restaurant!" [Eater Comments] 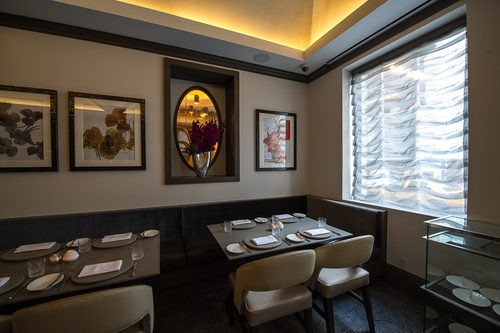 The Great News: A Yelper that did not like SHO has a great experience at Hergatt's newest: "Juni reminded quite a bit of Corton actually, both in terms of the decoration of the space as well as in the style of the food. Minimalistic, seasonal, and with two foreign chefs that have made their mark on NYC. If that's the case Juni might be on track to get the two Michelin stars that SHO had and be a better representation of Chef Shaun's true culinary vision than it's predecessor." [Yelp]

The Good, But Unadventurous News: One Chowhounder wishes that the kitchen had a more exciting approach to fine dining fare: "Truthfully, the main issues with JUNI involve its 'packaging.' Being touted as vegetable-forward is deceiving at best, and to be candid, this new fine dining establishment doesn't reinvent the wheel entirely — but all that said, its still really freaking good...I will go out and say it. After being served the duck, we had resolved that this was a talented kitchen (plating as beautiful as the best in NYC) that needed to just think a bit more outside the box. I'm okay with traditional, especially when it tastes this good, but it wouldn't hurt to show us something, within the premise of restaurant, that exemplifies a willingness to take a little risk — or do something a bit different." [Chowhound]

The Excellent News: And another Yelper files a five-star rave: "The 10 course (really 11 — that amuse was far more than a prelude) dinner was spectacular! I have a rating system that is based on how many courses make me swoon — this was an easy count as they all did... and each dish was my favorite until the next came along. I love when a chef makes their food the star and lets fantastic ingredients speak for and amongst themselves in a new way that pleasantly surprises me... I also love the concept of the 'best in season' menu which will keep it interesting and provide healthy dining that I can enjoy as often as I want." [Yelp]

The Promising News: Here's more praise for Juni from another Chowhound user: "Juni is still brand new but I'm already planning a return trip. I loved the comfortable feel of the room and low, relaxing music. I felt a bit like I was at a spa at some points but the hovering servers snapped me right back to reality. Luckily I don't think this will be a problem in the future...service will smooth out and a restaurant of this caliber should have no problem filling the room." [Chowhound]