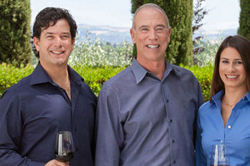 1) Evolutionaries with The Mondavi Family: This week's episode of the HRN radio documentary series Evolutionaries features interviews from Michael Mondavi, Rob Mondavi Jr., and Dina Mondavi of the legendary California wine family. They talk about the role of wine in the family, and about the growing philosophy of the Mondavi brand:

People in the wine business have respect for the soil. The philosophy in Napa Valley is: We would rather police ourselves than the government police us. We're taking the proactive view to protect the environment and the wine industry for the future. 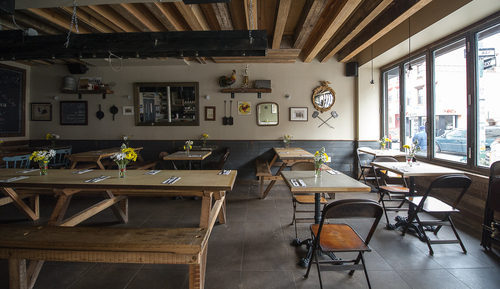 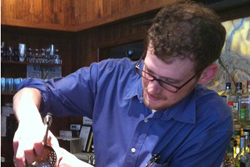 3) Chaim Dauermann of Desnuda on The Speakeasy: Chaim Dauermann, beverage director of Desnuda in Williamsburg and bartender at Gin Palace, talks with Damon Boelte about entering into the world of bartending as a curious teen:

I don't think it ever occurred to me to bartend until one day when I was 17?My best friend Nick, both of his parents had gone out of town simultaneously, so we had spring break, and it was a week running amok in both of his parents' houses?We're sitting in front of a liquor cabinet with Nick's Playboy bartender's guide open in front of us and we say, 'What can we make?' The first cocktail I ever made was a Sidecar, and we made all of the cocktails we were capable of making with the ingredients on hand, and afterwards we said, we should be bartenders. At the time we were under the impression that bartenders got lots of money and lots of women. 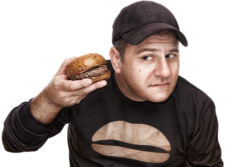 We give you some insight into our inspiration, we're not trying to thwart peoples' desire to have it their way, that's not our intention. We look it as, 'Hey, we came up with 10 new burgers that have never been made before that are our own unique combination, completely originally ideas that no one has done before, and we want to offer them to you.' And 99 percent of the people accept that and their trust is rewarded in satisfaction. But for that one percent that isn't, we'll make you a plain burger, it's still going to be great, or a cheeseburger. 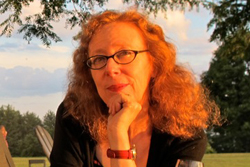 5) Natural Wines With Alice Feiring: Joe Campanale talks to author of The Battle for Wine & Love or How I Saved The World From Parkerization and lover of natural, organic and biodynamic wines, Alice Feiring. Here's Feiring on how she felt the need to share her love of natural wines and how the market has changed in the past years:

One reason that I wrote The Battle for Wine and Love is that whole chunks of the wine universe were being eradicated for me, I used to love wines from Italy, from Spain, but there was hardly anything I could drink from those countries anymore because that had gone so far over to the other side. Now, they're back in a big way.