Fall is absolutely the most exciting time to be a diner in New York City. Here's a guide to everything you need to know about the big fall openings this year.

Note: This list covers the big movers and shakers that are opening up projects this fall. Stay tuned for a list of the potential neighborhood gamechangers later this week. 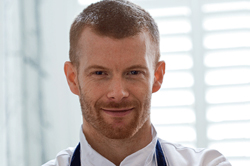 25) Name: The Peacock
Address: 24 East 39th St., Murray Hill
Major Players: Jason Hicks, Yves Jadot, and Robert Aikens
The Story: An English restaurant from Jones Wood Foundry restaurateurs Jason Hicks and Yves Jadot, with a menu by English-born chef Robert Aikens. Before signing on to The Peacock, Aikens worked as the executive chef at Stephen Starr's Philadelphia gastropub The Dandelion. This is one of three hospitality venues that Hicks and Jadot are creating for the Williams hotel.
Projected Opening: Mid-October.
[All Coverage of The Peacock]
[Photo Credit] 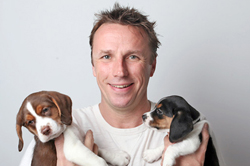 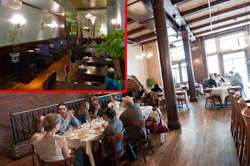 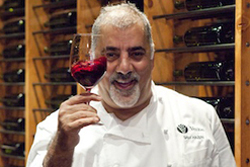 22) Name: The Chester
Address: 18 Ninth Ave., Meatpacking District
Major Players: Sam Hazen and Paige Hospitality Group
The Story: Paige Hospitality is partnering with Veritas chef Sam Hazen on an all-day American brasserie in the old Toy/Tanuki Tavern space in the Gansevoort Meatpacking NYC. Hazen and his crew will also be responsible for room service and event catering at the hotel. The chef has worked in some great restaurants over his long and storied career, and he has experience doing high-volume, so it sounds like this will be a good fit.
Projected Opening: Second week in September.
[All Coverage of The Chester]
[Photo Credit] 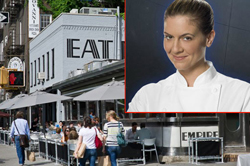 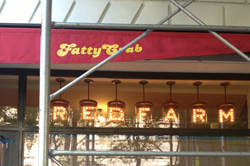 20) Name: Red Farm Upper West Side/Decoy
Address: 2170 Broadway, Upper West Side; 529 Hudson St., West Village
Major Players: Ed Schoenfeld, Joe Ng, and Jeffrey Chodorow
The Story: One of New York's most beloved modern Chinese restaurants heads Uptown with a menu full of new dishes, plus a spacious dining room. Decoy, a small restaurant focusing on Peking duck, will open in the space directly below the Hudson Street original later this fall.
Projected Opening: Red Farm UWS should open by the second week in September, while Decoy is slated to open in the middle of October.
[All Coverage of Red Farm; All Coverage of Decoy] [Photo: Eater NY] 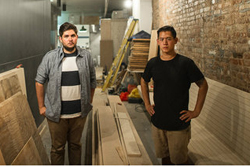 19) Name: Contra
Address: 138 Orchard St., Lower East Side
Major Players: Jeremiah Stone and Fabian von Hauske
The Story: Two talented young guns that met at FCI years ago are opening a 44-seat restaurant with a $55 five-course tasting menu. Before teaming up, Stone worked as the sous chef at Isa under Ignacio Mattos, and von Hauske cooked at Noma and Faviken, among other places. Contra is one of the most buzzed-about restaurants of the year among Downtown chefs and food bloggers.
Projected Opening: Third week in September.
[All Coverage of Contra][Krieger] 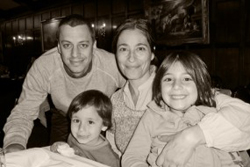 18) Name: Marco's
Address: 295 Flatbush Ave., Prospect Heights
Major Players: Andrew Feinberg, Francine Stephens, and Danny Amend
The Story: A modern trattoria in the old Franny's space from Andrew Feinberg and Francine Stephens. The kitchen will be helmed by Danny Amend, a Per Se alum who has worked for Feinberg and Stephens for several years.
Projected Opening: Second week in September.
[All Coverage of Marco's][Photo Credit] 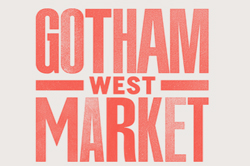 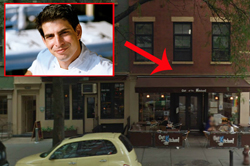 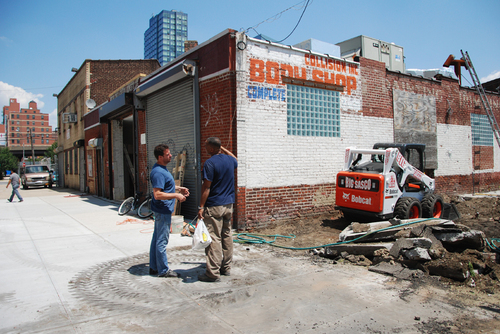 15) Name: M. Wells Steakhouse
Address: 43-15 Crescent St., Long Island City
Major Players: Hugue Dufour and Sarah Obraitis
The Story: A steakhouse from the M. Wells crew in a Long Island City space that formerly housed an auto body shop. The restaurant will have a wood-fired grill and a concrete tank full of live trout. In a bizarre twist, the M. Wells team will also build a catamaran in one corner of the dining room. The menu will include things like roasted steak with optional Kobe brisket shavings, an iceberg wedge salad made with blue cheese and powdered ketchup, and bread made with a 120-year-old starter. This is the oddball opening of the year, but it's guaranteed to be a hit with the foodies and critics.
Projected Opening: The last week of December.
[All Coverage of M. Wells Steakhouse]
[Photo: Curbed/ Nathan Kensinger] 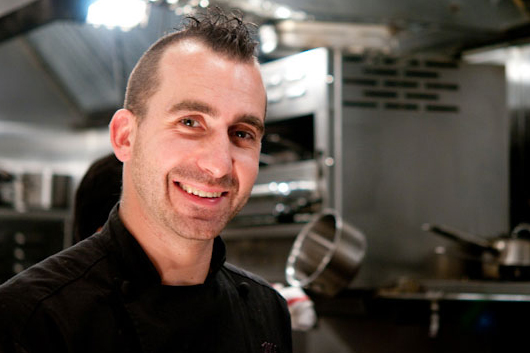 14) Name: American Cut
Address: 363 Greenwich St., Tribeca
Major Players: Marc Forgione and LDV Hospitality
The Story: A Tribeca steakhouse from chef Marc Forgione and LDV Hospitality, the group that also owns and operates Scarpetta and Bistro La Promenade. Expect dry and wet-aged meats from Pat La Frieda, plus a roster of New American sides and starters, similar to what the chef serves at his eponymous restaurant. The menu's star attraction will be a 42-ounce dry-aged Tomahawk chop for two. Forgione and LDV have one location of American Cut in Atlantic City, but they plan to make the Tribeca restaurant the flagship location.
Projected Opening: The second week in September.
[All Coverage of American Cut]
[Photo] 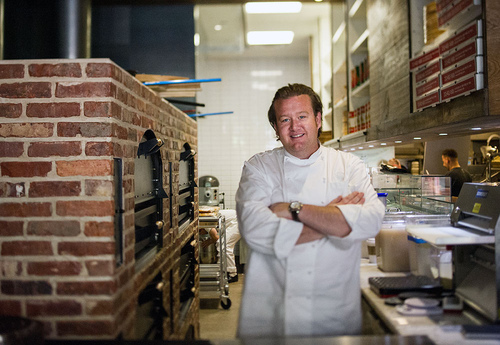 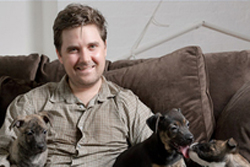 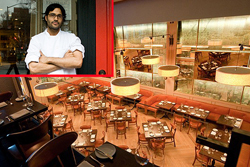 11) Name: La Cenita
Address: 409 West 14th St., Meatpacking District
Major Players: EMM Group and Akhtar Nawab
The Story: A pan-Latin restaurant in the old Abe & Arthur's space with a menu by former La Esquina chef Akhtar Nawab. Eugene Remm and Mark Birnbaum do not open restaurants for the food dorks of this city. But at Catch and Lexington Brass, they've showed the world that a club/restaurant can have good food and good service. Hopefully, with Nawab at the helm, they'll repeat the trick again.
Projected Opening: The first week of September. This will be a big Fashion Week party spot.
[All Coverage of La Cenita] [Krieger] 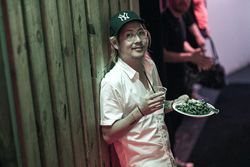 10) Name: Danny Bowien's Mexican Restaurant
Address: 172 Orchard St., Lower East Side
Major Player: Danny Bowien
The Story: Danny Bowien won't talk about it, but word on the street is that the Mission Chinese Food chef is planning to open a Mexican restaurant in the old Noodle Bar space this fall. The Post noted that Bowien's team was moving into the space last month, and Bowery Boogie reported that some members of the team appeared before the SLA in June. Eater has reached out to Bowien about this new project, but he has yet to confirm or deny its existence.
Projected Opening: Industry sources whisper that it will open during the last week of September.
[All Coverage of Danny Bowien][Daniel Krieger] 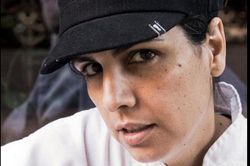 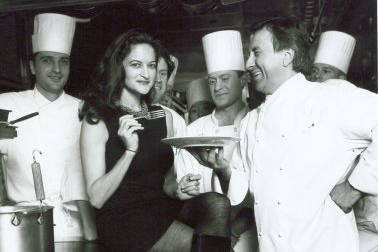 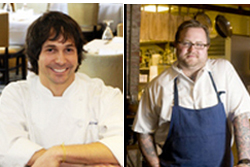 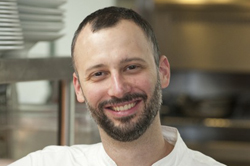 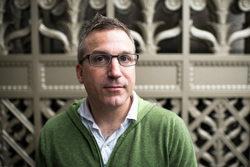 5) Name: Ivan Ramen
Address: 25 Clinton St., Lower East Side
Major Player: Ivan Orkin
The Story: A Lower East Side ramen parlor from noodle guru Ivan Orkin. The chef has been taking his time to perfect the dishes for his first American restaurant. The menu will include a lot more than just ramen.
Projected Opening: Ivan doesn't want to make a prediction about the opening date, but the first week in November sounds about right.
[All Coverage of Ivan Ramen][Krieger] 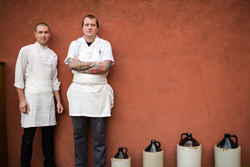 4) Name: New Restaurant From Joseph Ogrodnek and Walker Stern
Address: 412 Court St., Carroll Gardens
Major Players: Joseph Ogrodnek and Walker Stern
The Story: The boys from Smith Street critical darling Battersby take over the old Vinzee's Magic Fountain space. The new restaurant will have about 50 seats, and Ogrodnek and Stern will be working with a much larger kitchen this time.
Projected Opening: First week in November.
[All Coverage of Battersby][Krieger] 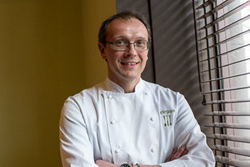 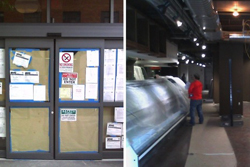 2) Name: Brooklyn Fare Manhattan
Address: 431 West 37th St., Clinton
Major Players: Moe Issa, César Ramirez, and Jared Sippel
The Story: The long-delayed Manhattan spinoff of Brooklyn's most acclaimed fine dining restaurant will feature a 65-seat dining room plus a 10-seat chef's counter. Although Ramirez is overseeing this project, the main chef at this new restaurant is Jared Sippel, who previously worked at Frasca Food and Wine in Boulder, Colorado. The a la carte menu will have French, Italian, and Japanese influences, with an emphasis on pasta.
Projected Opening: Late November.
[All Coverage of Brooklyn Fare Manhattan][Photo: Eater NY] 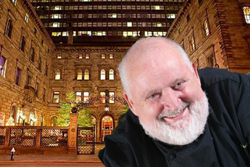