Am I the only one who gets flustered when he sees a massive line of food trucks at a summer outdoor festival? Sure there's something good in there somewhere, but so much of the food is mediocre — and depressingly familiar. Tweaked comfort food you might call it, with utterly predictable Asian, Mexican, and barbecue flourishes, all formulated for cheapness of ingredients, ease of preparation, and curb appeal in a cloud of diesel fumes. Bring on the weird tacos!

What's more, food trucks often seem expensive, more so than the same products at brick-and-mortar establishments. Why is that? You get none of the creature comforts associated with eating in a restaurant — in fact, you have to gobble standing up as you dribble sauce down your shirt. With these dark thoughts in mind, I set myself the task of ferreting out the best food from among the 33 trucks and carts, one doughnut counter, and four pop-up evocations of Brooklyn restaurants at this weekend's Afropunk Festival. The music, by the way, was excellent. 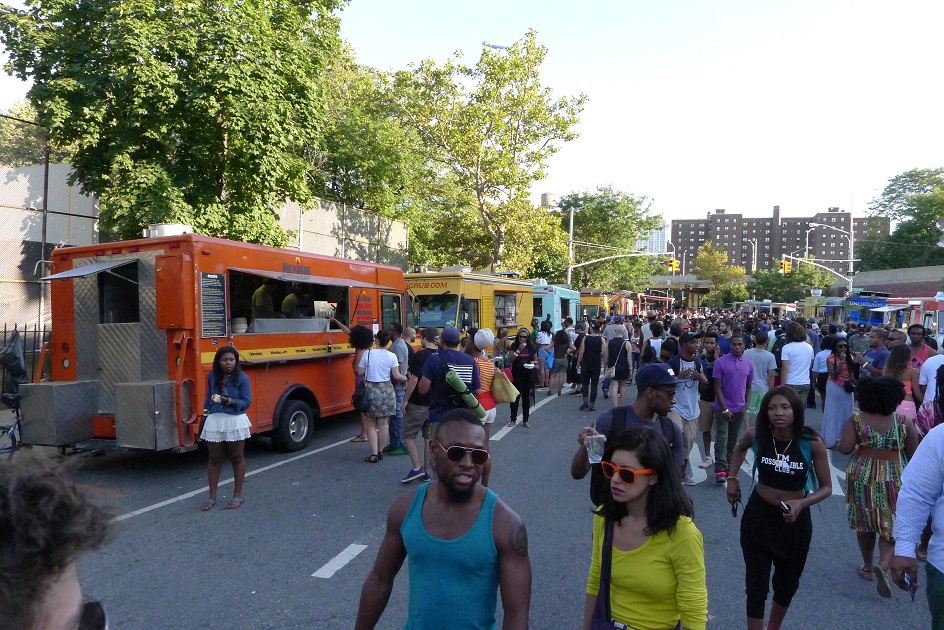 I limited myself to spending $50 in the discovery process, using my eyes, ears, and nose to see what other diners were picking and following them down the street to find out if they liked it or not. Yes, I made some mistakes, but I also unearthed at least one amazing and reasonably priced dish. Here's what I sampled in the order that I did so with the aid of a friend. Just for fun I used the New York Times star system to rate what I ate. 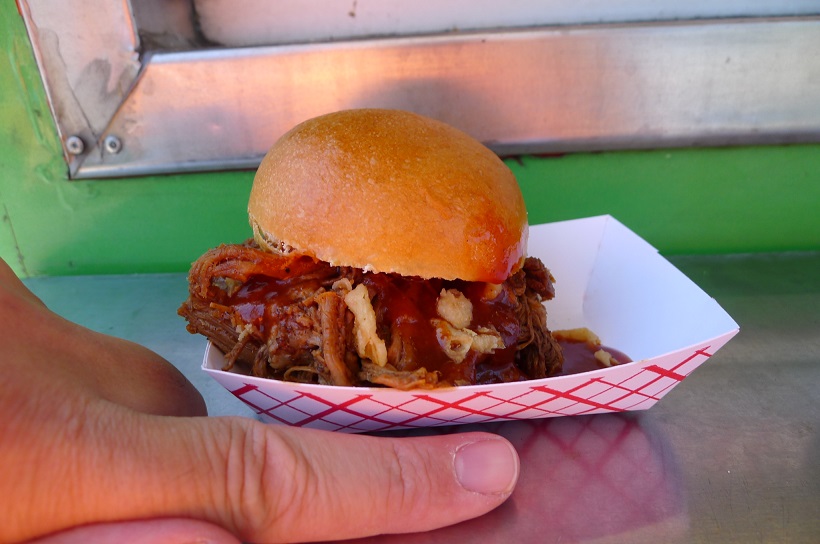 Big Bad Brisket Slider ($5)
Mike N' Willies
Zero Stars [Satisfactory]
The name of the dish says it all, except it should be "Small Bad Brisket Slider." The thing was tiny even for a slider, and the meat awash in cloying sauce. When I bit into it, the pulled brisket was stone cold, as if just yanked from the fridge. 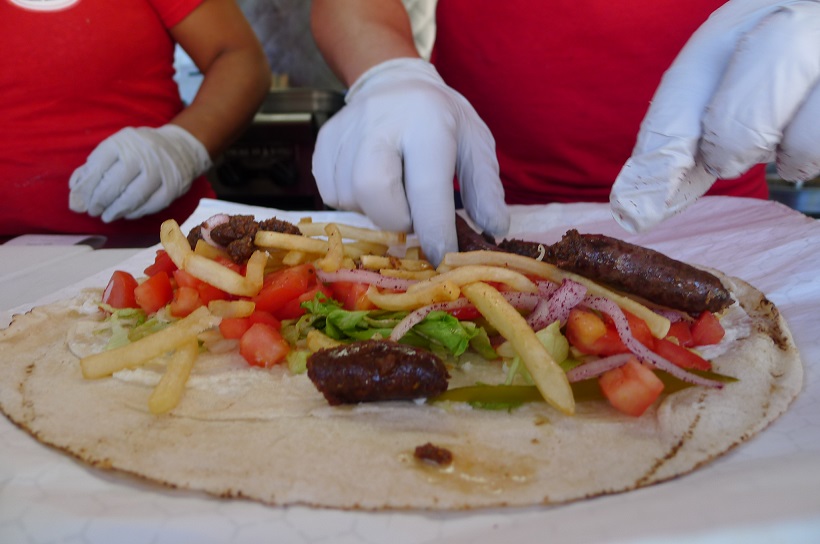 Makanek Sandwich ($8.50)
Toum
Four Stars
The name of this Staten Island-based Lebanese food truck refers to the thick garlic aioli smeared on the inside of every rolled pita sandwich, this one made with a handful of all-beef grilled sausages called makanek. The foot-long wrap is big enough for two, and – Bless them! – they put french fries right into the pita. 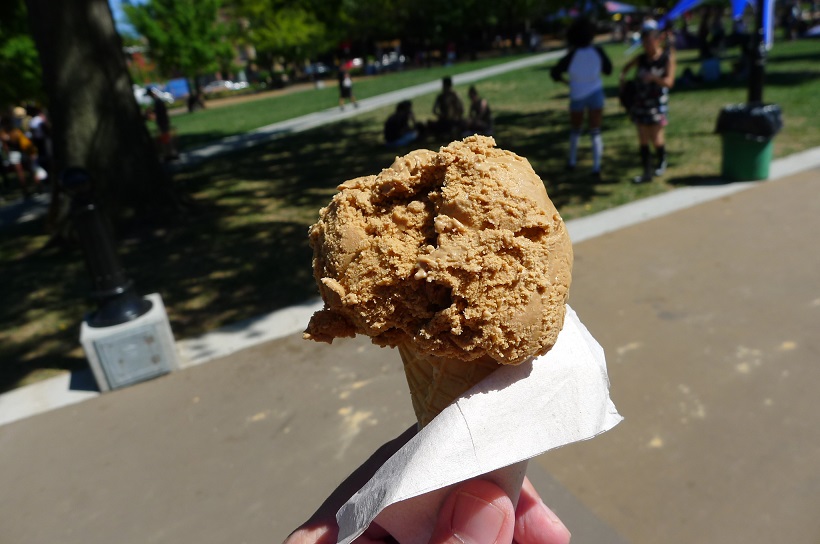 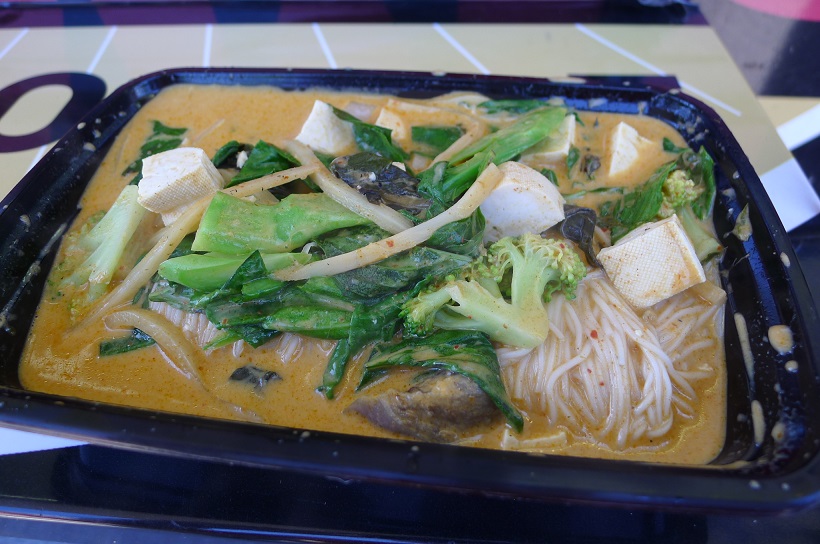 Red Curry ($10)
Mamu Thai Noodle
Zero Stars [Satisfactory]
Bland red curry paste, noodles so limp they were on the verge of disintegrating, and none of the spicy herbal kick one demands from Thai food. 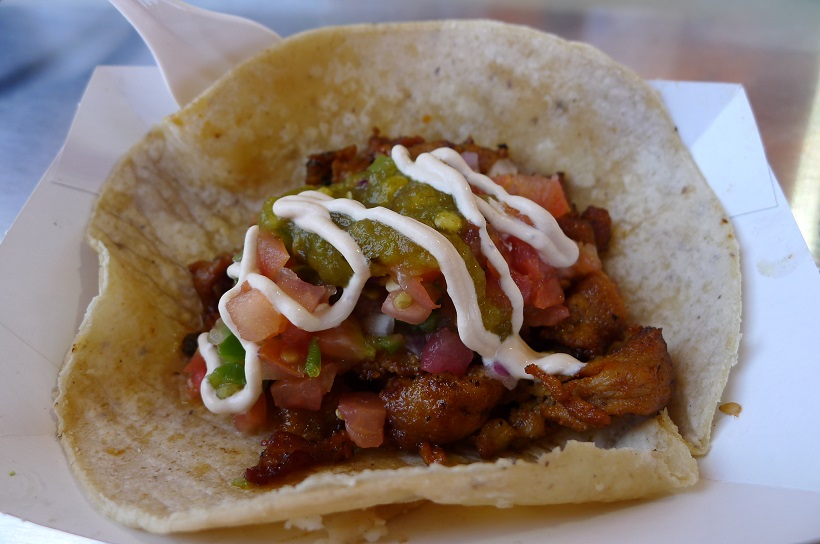 Drunken Afro Pork Taco ($4)
Kimchi Taco
One Star
This tiny taco created especially for Afropunk tastes better than it reads: "sliced seared pork marinated in Grolsch beer, cilantro, cumin, garlic, Spanish onions, and topped with our housemade pico de gallo and miso crema." Not enough zip or anything Korean about the flavor, but fortifying and tasty despite its diminutive size. (Why Grolsch?) 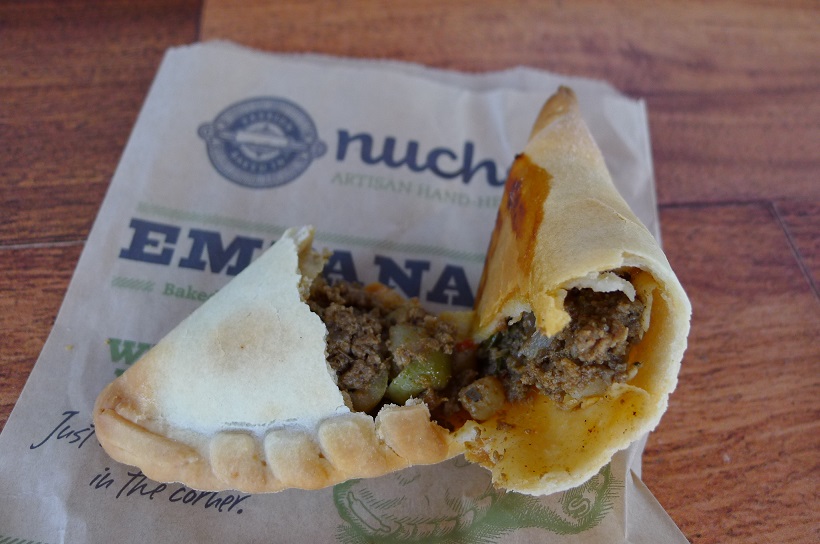 Beef Empanada ($4)
Nuchas
One Star
Damn, these empanadas are small! And they're baked, too, making the seemingly fatless crust dry as dust. But the fillings are enjoyable. The Pat LaFrieda ground beef in this one is ramped up with green olives, scallions, and potatoes. 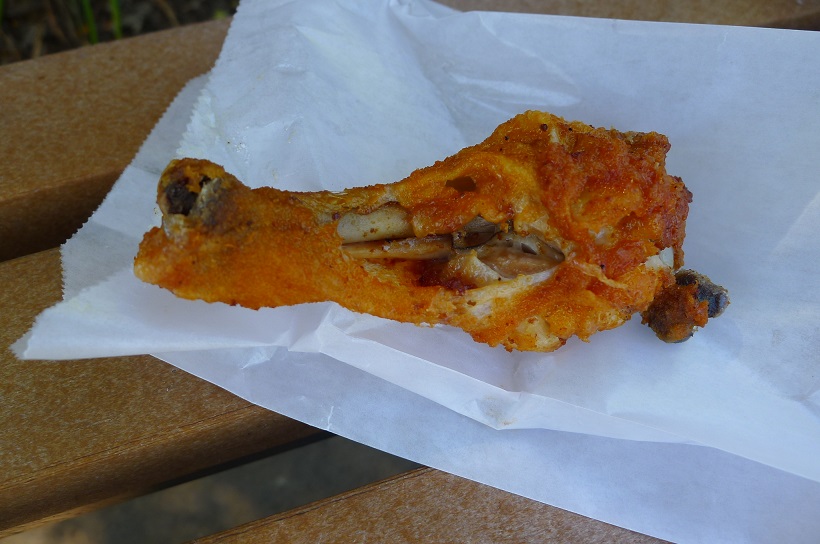 Drum Stick ($2.50)
Downtown Chicken Cart
Zero Stars [Satisfactory]
This tiny cart boasted some of the longest lines, yet the poultry pieces were small and the crust was gummy. And had they forgotten to salt the chicken? 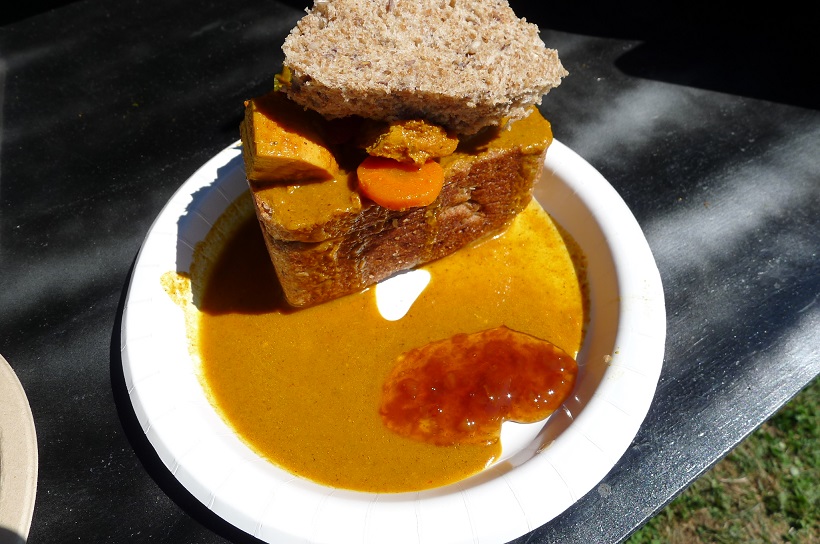 Chicken Curry ($10)
Madiba
Zero Stars [Satisfactory]
The curry is pallid, made with breast-meat chicken and carrots and packing almost no heat. Pouring the modest serving into a hollowed-out whole-grain loaf is only a distraction. The South African restaurant Madiba can do much better. 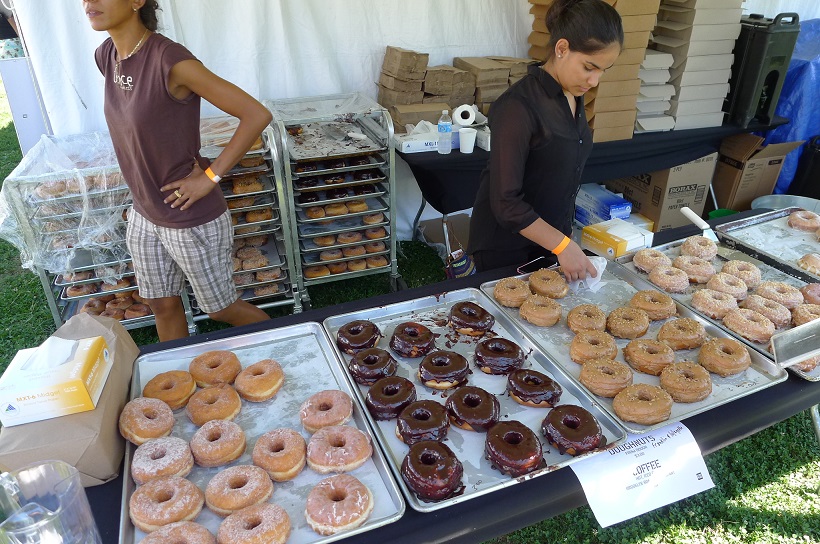 Chocolate-Frosted Doughnut ($3)
Dough
Three Stars
A fleecy crumb surmounted by a thick mantle of chocolate fudge, and doughnuts don't often get better than this, at a price barely more than at the bakery.
· All Posts by Sietsema [~ENY~]