All throughout Shitshow Week 2013, the Eater editors and friends of Eater have filed impressions of restaurants around the city. To wrap things up, an assessment of The General. 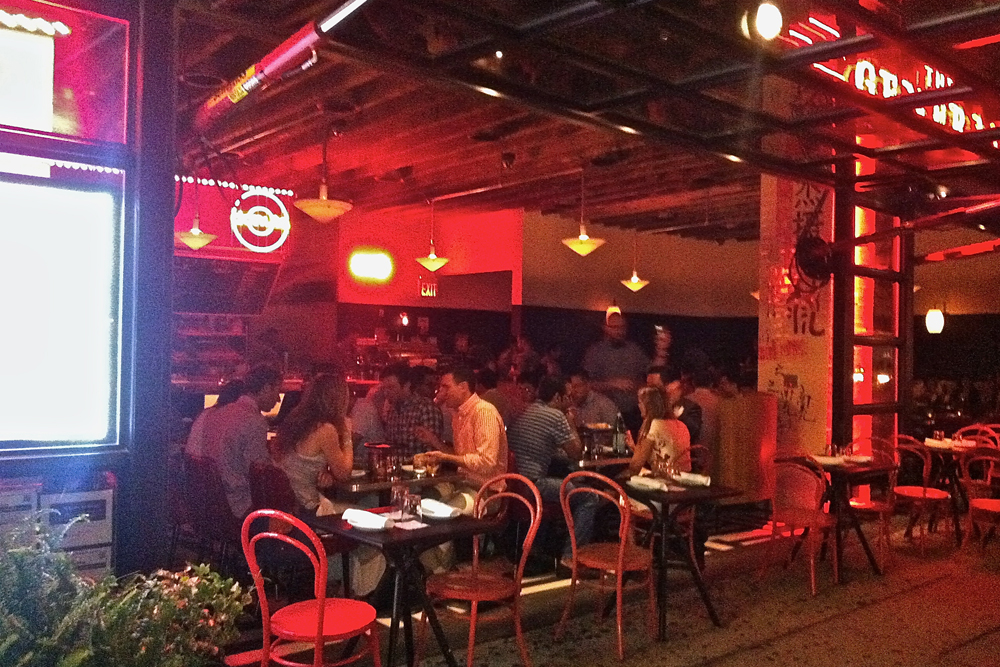 Back when I was working my first office job in New York almost 10 years ago, I took on a short-lived side gig as a mystery shopper at restaurants. Mystery shoppers are hired mostly by corporate entities to evaluate (spy on) their workers. In exchange for a free meal for two, this spy documents, in mind-numbing detail, everything from the cleanliness of the bathroom to the time elapsed between courses, the temperature of a dish, the friendliness of a bartender, the execution of an upsell, and on and on. In New York, clients included the expected chains but also B-level restaurants like Carmine's, Stanton Social, and The Diner, all of which I visited in this capacity before the tedium of the job drove me to quit.

I say that to say this: giant, multifaceted, clubby The General on the Bowery would probably score well with a mystery shopper (and it wouldn't be surprising for the sprawling EMM Group to employ undercover observers). The gaggle of lovely hostesses greeted us promptly during a recent visit, and while there was some significant hand-ringing over where to seat us in a half empty airplane hangar-sized restaurant (numerous large parties were expected for the preferred interior back room, you see), we were seated quickly at two hastily pushed together but ultimately comfortable two-tops near the street. Hand towels were doled out immediately and later collected. Our server introduced himself, said his lines ("our plates are meant for sharing and come out of the kitchen as they're ready"), suggested we order some edamame, and pointed out both his favorite and the restaurant's most popular dishes ("Everyone loves the Chinese chicken tacos!"). Water glasses were refilled as needed. The bathrooms were clean. The food was hot, the cocktails cold. The manager stopped in, offered her card, mentioned the chef's Top Chef lineage, and gave the hard sell on EMM Group's next restaurant La Cenita. Though there was a significant lag once our last courses were finished and fried rice arrived in the place of Buddhist Delight, robbing the restaurant of a perfect score, the meal was paced and coursed well.

Well oiled and smooth running, The General is not a shitshow. But that doesn't mean it's a restaurant worth going to. 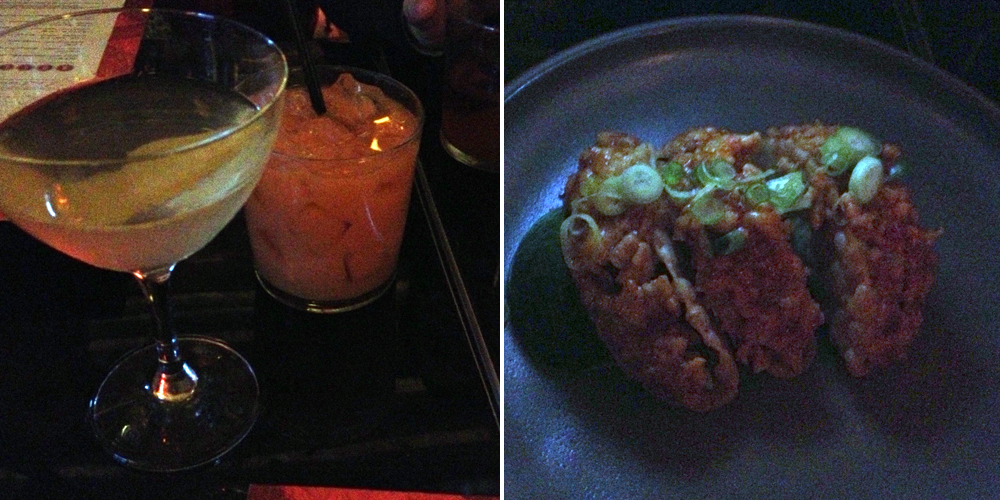 The three cocktails we had were unpalatable, and one, made with tequila and Sriracha, was undrinkable. The food that we tried was dumbed down and clubbed up. Sweetness dominated, from the mapo tofu to the grilled corn with truffle butter to the Buddhist Delight and the teensy tiny Chinese chicken tacos. Even a sushi roll received a touch of sweetness, courtesy of an unsettling though ultimately innocuous addition, mascarpone mayonnaise. The Rueben spring rolls made one yearn to be at Red Farm. Nothing was terrible, nothing was great. Portions were a tad small for the prices, with the exception of the large format dishes— $64 beef and broccoli, $74 Peking duck— which loomed large over almost all of the bigger tables.

Unlike The General's Meatpacking District sister restaurant Catch, which, as memory serves, teems with beautiful young things—in groups, on dates, in small gal clusters—The General on this night mostly attracted large groups of middle-aged men, giving the impression that many of the diners in that restaurant, especially in the front room, were out on client dinners. One group of 12 sat at a table meant for eight. A fashionable party of eight crammed into a booth that should seat no more than four.

Sure there were some glamorous ladies having birthday dinners in the back room, there were some Escalades idling on the sidewalk, and a bouncer was giving trouble to some schlub at the door as we left the now crowded restaurant at 9:30, but if a club vibe with solid club food is the goal, Catch is the better choice for both. Or Miss Lily's. Or, maybe next month, La Cenita. Akhtar can cook circles around those Chinese chicken tacos.
Verdict: Not a shitshow.
· All Shitshow Week Coverage [~ENY~]