1) Brooklyn Bridge Park: The newest outpost of Fornino opened recently in Brooklyn Bridge Park. It occupies a large restaurant space on Pier 6, with counter service and rows of picnic tables inside, and cafe tables overlooking the park and the water outside. This branch has more park-friendly foods like frozen yogurt, snacks, and sandwiches along with the same pizzas served at the other locations. Brownstoner reports that there will eventually be a rooftop garden with beer, but no word yet on how soon. Status: Certified Open. Pier 6, Brooklyn Bridge Park. 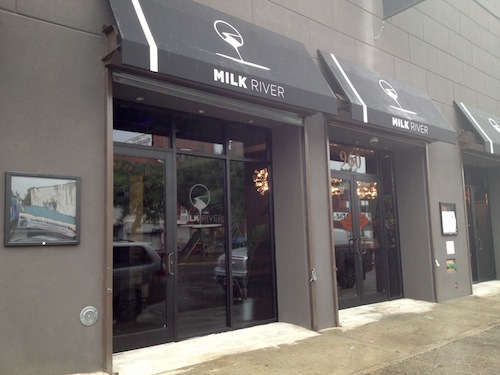 2) Crown Heights: Occupying a massive space in a former parking garage, Milk River opened yesterday on Atlantic Avenue. The chef and owner is La-Niece Lyew, a vet of Umi Nom and Kuma Inn with Chinese and Jamaican roots. The menu draws on both of those backgrounds, to include dishes that range from salt cod fritters to Chinese sausages. There will be live music several nights a week, and Zagat reports that the restaurant includes an upstairs sports lounge. Status: Certified Open. 960 Atlantic Ave., 718-636-8600. 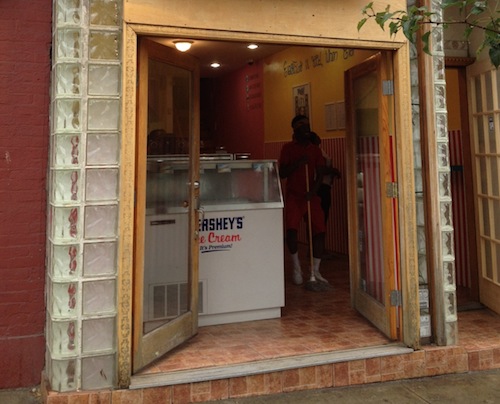 3) Fort Greene: Several former employees of Cake Man Raven recently opened their own red velvet cake shop, Piece of Velvet, in the same space that once held the well-loved original. The team emphasizes that they don't use the same recipes as Cake Man Raven, who closed up shop in November after 12 years in business. They also plan to offer a variety of different red velvet flavors, from caramel to pineapple, as well as red velvet versions of things like pancakes and waffles. Status: Certified Open. 708 Fulton St, (347) 689-4150. 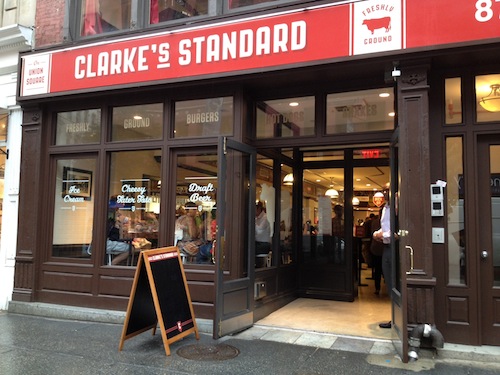 4) Union Square: Gothamist reports that a new outpost of the P.J. Clarke's burger joint offshoot Clarke's Standard opened last week in Union Square. This is the fourth location for the rapidly expanding mini chain, following closely on the heels of a couple of others in Midtown. It offers the same menu as all the other locations — burgers, hot dogs, and sandwiches, all under $9. Status: Certified Open. 870 Broadway, 212-529-9100. 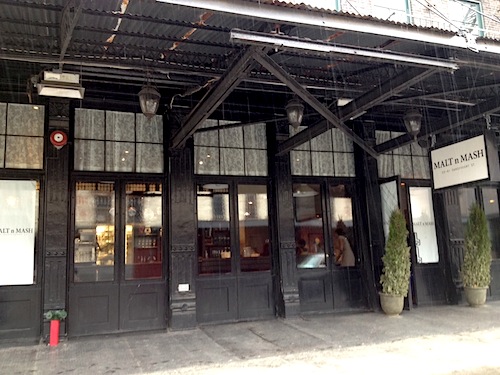 5) Meatpacking District: Malt n Mash, a pop-up restaurant that will be open through the rest of the year, opened this week on Gansevoort St. The chef, Nahid Ahmed, has worked under Gray Kunz, as well as at The French Laundry, The Fat Duck and El Bulli. His second in command, Arjuna Bull, comes to Malt n Mash from Pearl & Ash. The menu includes dishes like foie gras roulade with chipotle peanut butter and octopus with black garlic and cocoa. Status: Certified Open. 53-61 Gansevoort Street, 888-883-6054. 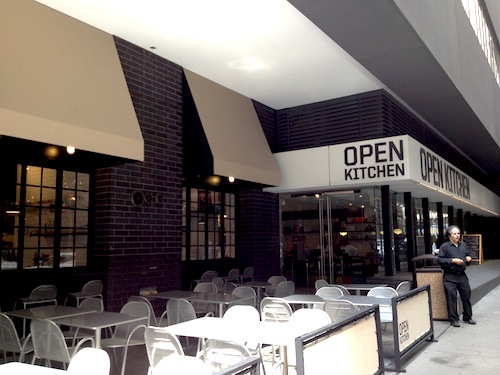 6) Financial District: A high-end version of a deli opened this week on the first floor of the William Beaver condo building. Open Kitchen has a number of different buffet stations, which offer plenty of the usual deli lunch fare, but also things like ramen, shawarma, porchetta, and Intelligentsia coffee. According to Midtown Lunch, the prices are also higher than the usual deli, getting up to $12 for a prime rib sandwich. Status: Certified Open. 15 William St., 212-785-5555.