And now, a Shitshow Week review from comedian Max Silvestri. 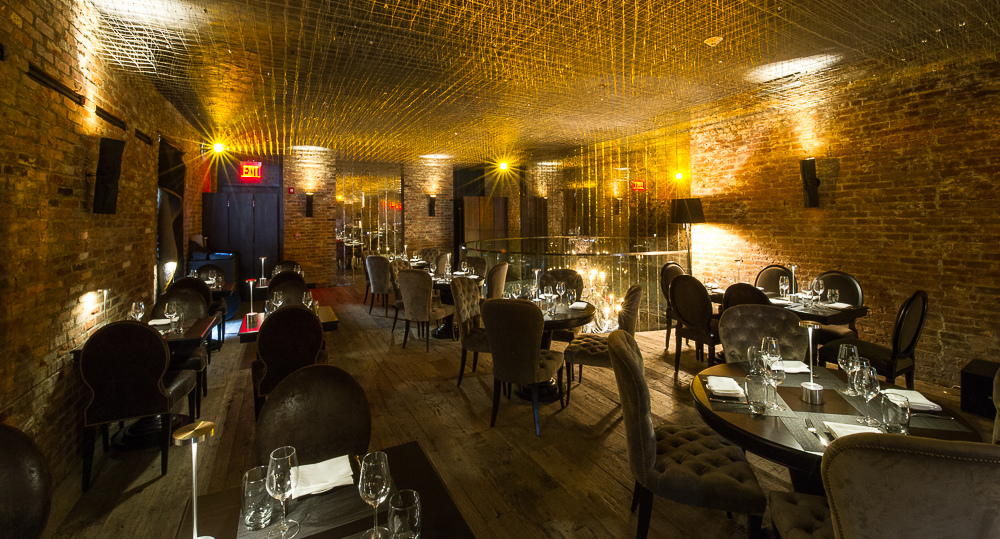 [Daniel Krieger]
There's been some back and forth online about whether restaurant reviewers should get expense accounts, and whether free meals obscure a reviewer's ability to reward or punish restaurants for the value in their pricing. I would hope professional critics can sort that out on their own. But I'm not a professional restaurant critic, and I'd be very bad at that. Whenever I eat a free meal it's usually the best meal I can remember having. Like, I enjoy how the food tastes but especially that I can have as much as I want and it doesn't cost me anything and I think I will have one more whiskey after dessert. If I wrote weekly reviews, I'd use a five-star scale, one star being I paid for this meal and five stars being I didn't, and every restaurant would get five stars. "Highly recommended if you are looking to eat at a place that is free." I'm sure if I ever get to the point in my life where money is no longer an object, I'll die not of a drug overdose but from dinner exploding out of my stomach, Spaceballs-style. (I saw Spaceballs before I saw Alien or Star Wars, so I consider both of the latter to be cheap, unfunny ripoffs of the former.)

I'd not heard of Manon when Eater asked me to write about it, but I said yes because I love free meals.

I looked Manon up and saw it was in the Meatpacking District, next door to Abe & Arthur's, a place I wrote about for this same feature a few years ago. I don't go to that neighborhood very often, mostly because it's inconvenient but also because everybody usually looks like they are on their way to prom and they all attend Our Lady of the Mortgage-Backed Securities. The interiors of Manon looked complicated, and the menu was expensive, so I figured that worst case scenario was that it'd be an annoying scene but a pretty solid meal. That had been my experience with even the worst of the shitshows I'd reviewed before. Just because a restaurant is not a place I'd ever want to visit on my own doesn't mean other people wouldn't. We are all beautiful snowflakes, and this city is filled with 69 million stories. Far be it from me to judge. I mean, I will judge, but that's fine. Maybe judging is my thing, and wearing an evening gown to a nightclub on a Tuesday so you can eat a $38 lobster roll is your thing. We each have our own things.

But despite a healthy appetite and an open mind, I left food on my plate at Manon. That's very unlike me. Usually I have a strict policy of finishing my food before everyone else at the table and then I shame my friends into stopping as well so I can clean the unfinished food off their plates and also maybe ask the busboy what he's working with that doesn't look too spat on. The meal at Manon started with Parker House rolls, which were incredible, and went steeply downhill from there. 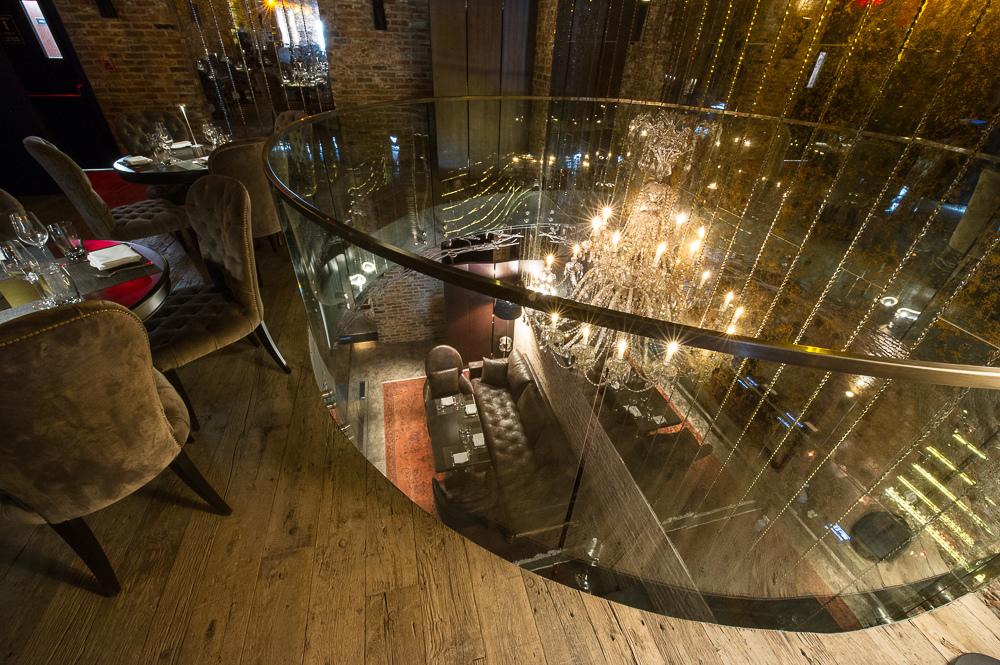 Actually, the meal started with a statuesque hostess walking my date and me to an elevator and pressing the up arrow. And then we waited in silence together for literally three minutes. Manon is two stories, with a bar and booths on the ground floor and seating upstairs, but there is no grand staircase that I could see, and it's part of their gimmick, I suppose, that you're forced to wait for the one elevator to take you 20 feet in the air. The hostess sensed our unease and said, "Is this your first time?" I said, "Yes." That was it. Great chat! Beginning, middle, and an end. First time doing what? Eating at Manon? Going to a restaurant together? Taking an elevator? The way she asked was a little ominous, and as we stepped into the dark elevator I felt like I was back at Sleep No More, the crazy interactive MacBeth at the McKittrick Hotel. I was prepared for the doors to open and a nude man covered in leaves to reach into the elevator and pull my girlfriend onto a "secret floor" as the doors closed between us. Instead, the doors opened and we were seated in an empty dining room at 8:30 on a Thursday night. 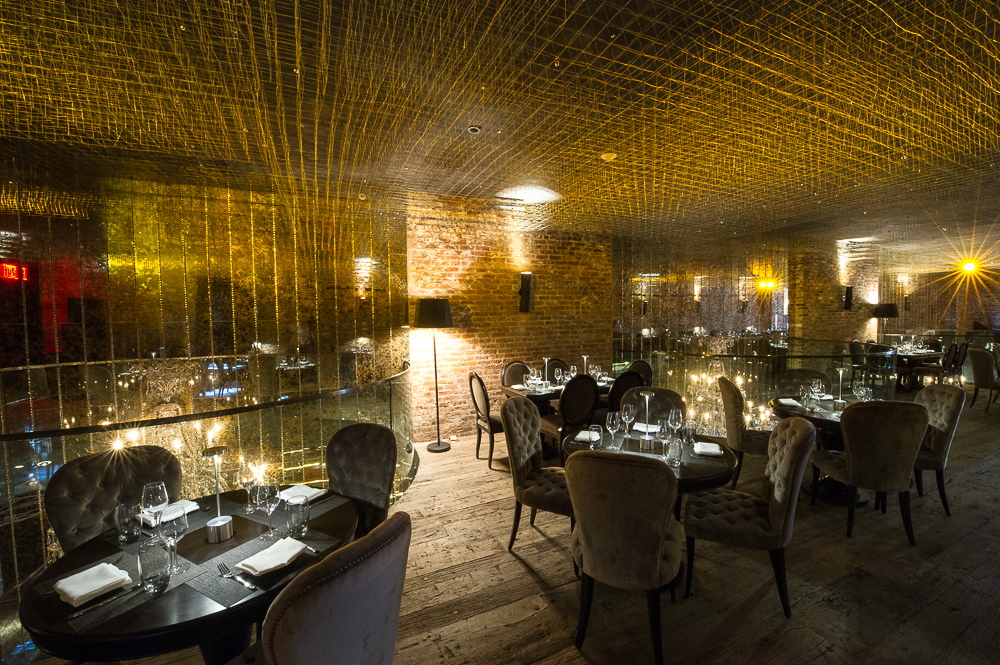 The best part of Manon's decor is that each table has a tiny lamp and a little switch, and you can adjust its brightness, or turn it off. This was briefly very entertaining, until we settled on the second-dimmest setting and then watched our new neighbors get seated and go through their own personal lamp discovery process. It's fun when you are playing with your own lights but sort of annoying when the people eight inches away are doing it too. Is Manon the first restaurant to offer bespoke luminescence? Congratulations! Speaking of innovation, one of the specialty cocktails is called "Do What Thou Wilt" and its only description on the menu is "Do not order this." I asked the waiter about it and he said, "Yeah, don't get it." Why not? "It's like, really intense. It's got Fernet in it, and like coffee." Then why do you have it on the menu? "Because it's really out there, and has strong flavors." Okay. I ended up getting it at the end of my meal, and though I like Fernet, he was right. I guess I appreciate the restaurant's frankness in putting something gross on the menu and then instructing people not to order it because of how gross it is.

Our waiter was young and very nice, and he stressed again and again how things at the restaurant were "local" and "seasonal" and from "farms." All that is well and good but there was a whiff of "Can you even fucking believe it?" coming from both him and the menu, as if Manon is the first restaurant to realize you should serve tomatoes in August. But maybe it is novel and impressive to the people that dine at Manon. The waiter's suspenders and the brick on the walls and the cheeky cocktail program and everything else gave Manon the feeling that it was a Brooklyn restaurant transferred far west through a long game of telephone, and the photocopy of the photocopy leaves you with "Amish chicken breast purple monkey dishwasher."

I did improv comedy in college, and one time during a show someone yelled out "Fellini!" as a suggestion during a game. I said something like, "A dwarf in a clown costume!" and then did a cartwheel across the stage. I had never even seen a trailer for a Fellini film, but I felt dumb enough to try and do this bit because of a Fellini joke I'd seen on The Simpsons or something, and the audience was dumb and drunk enough to agree, incorrectly, that I'd just done a funny Fellini joke. That sloppy, uninformed agreement between performer and spectator seems to be kind of what Manon is going for.

Our cocktails were bad, the lamb loin was raw, the beef tartare was loaded with gristle, and the Korean chile paste thrown on top of the pork chop and cabbage was kind of embarrassing. The squid ink tagliatelle and the carrot cake dessert were pretty good.
Verdict: This place is a shitshow.