The Airing of Grievances: Part 3

Share All sharing options for: The Airing of Grievances: Part 3

As a Shitshow Week special, Eater asked some of New York's best food writers to anonymously share their gripes and frustrations about the restaurant scene these days. What follows is a list of complaints, with no names or affiliations attached. Part 1 of the Airing of Grievances ran on Monday (grievances 1 - 26), and Part 2 ran yesterday (grievances 27 - 47). Here now is the third and final list of grievances from food writers (grievances 48 - 81). And stay tuned for the Airing of Grievances from chefs and restaurateurs tomorrow — they've got a lot of complaints, too.

48) Have you dined with us before? Yes? No? Well, let me explain the menu: All of the dishes are small plates that are meant for sharing, and they come out of the kitchen whenever they're ready because we can't be fucked to course your meal for you. Oh, and you might want to order about three to five plates per person. 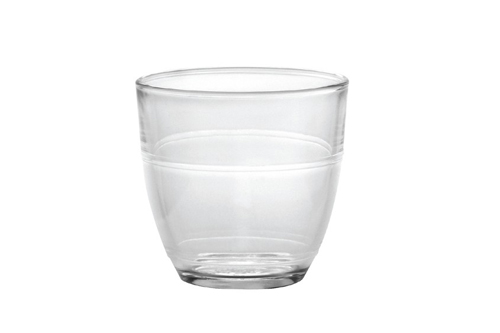 50) The bar rooms and host podiums at Jean-Georges restaurants. 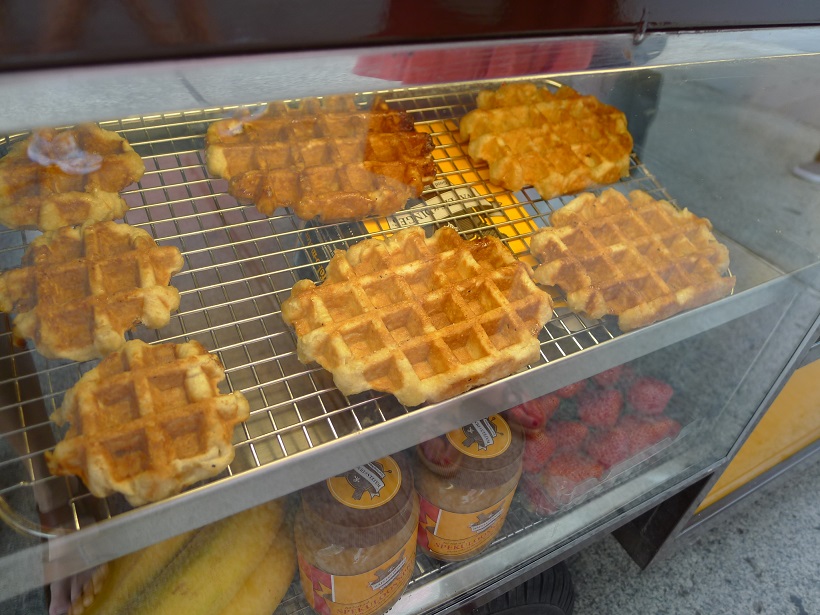 51) For God's sake, Wafles & Dingleberries, give me a whole waffle for a change! You do these timid pours into the waffle iron that don't quite reach the edge to save yourself the trouble of cleaning up a little batter and to save pennies, too, and my waffle comes out all ugly and misshapen. I want a perfect waffle for a change, and while you're at it give me a warm one, too, not the usual stone cold. I know you can do it.

52) Please, fellow diners, stop asking the waiter what his favorite entrée is. Unless he's your pal or you are a frequent customer, you have no idea where he's coming from when he recommends the sheep's liver in a rosemary glace. Maybe the chef has told him to push the dish this week because she's got too much liver in the walk-in; or maybe he thinks you're a low-tipping chump and wants to "thank" you in advance; or maybe he's got terrible taste and simply likes the dish. You're better off reading the menu descriptions and making the choice yourself. Be an adult!

51) When did $27 become an acceptable starting point for entrees at a non-fine-dining restaurant?

52) Dear Chef: I'm not interested in what kind of music you listen to. The conversation I'm having is more vital and interesting than your playlist. Turn down the volume.

53) Cocktail bars that aren't fun. Are the cocktails at Death + Co. lovely? Sure. Do I enjoy waiting two hours to get seated in a pitch-dark room, to wait 15 minutes for a surly cocktail waitress to take my order? I like bars I want to get drunk at.

54) Related: the total circle-jerk of the cocktail scene.

55) Any time the chef is referred to as "Chef" outside the context of the kitchen. I get it when it's just the staff, but find it so off-putting when servers are like "Chef says" or "Chef believes" or...

56) Incompetent PR that sends info about a restaurant's Father's Day specials and National Rum Day cocktails but not, say, a new chef or a total menu concept overhaul.

57) Reviews that make no attempt to acknowledge value. That chicken might be awesome but is it really $38 awesome?

58) Restaurants that won't seat you before your whole party is there, even if there are 50 unoccupied seats and it's a Monday night in Clinton Hill and you know those seats won't be occupied in the next 10 minutes.

59) Restaurants where no one greets you with a sense of authority — hostess, bartender, server, whoever, don't care — leaving you to look around awkwardly when you come in.

60) Any review that seems more concerned with its own prose than the goddamned restaurant. It's service journalism, guys, get over it. 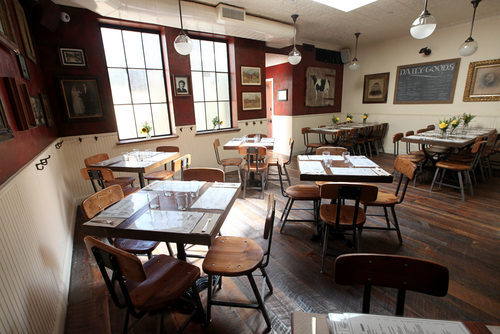 61) The Meatball Shop. They're not even the 10th best meatballs in the city. They were the only non-caviar food in the James Beard press room one year and whatever chicken meatball thing was happening — totally inedible.

63) Now that food has reached the same level of pop culture status as music, fashion and other types of art, it has been increasingly more commodified. You see a lot of restaurants opening up as ideas that people think they can make a lot of money off of. When these people talk about their restaurant, they only use preconceived talking points with absolutely no passion or soul. What's worse than that are the people who gravitate to those restaurants because they are super niche and think that they are doing something special & different, but are really just capitalizing on someone else's culture or hard work.

64) Hostile, byzantine reservation policies (e.g. two week book, never answering the phone) that make getting a table feel more like a particularly thorny item on a scavenger hunt. You are as much in the hospitality business as the food business.

66) The tired, affected use of the singular to list menu ingredients e.g. Linguine with Clam, Chili and Snow Pea. Just one pea?

68) Menus with egregious spelling mistakes. e.g. If you are bothering to serve a great cheese, at least spell its name correctly. This is stunningly common even at high end restaurants.

69) The relentless up sell. Whether it's water, drinks, dessert, coffee, sides (that should have been part of the main in the first place). Read the body (and verbal) language of your guest. A meal should never feel like a shakedown.

71) I hate walking into an empty restaurant and the host/ess asks if I have a reservation.

72) I hate it when a restaurant's wine list offers nothing by the glass for under $12.

73) I hate that you still can't get good Mexican food here.

75) I hate when restaurants I have a reservation at call me the day before and insist I re-confirm the reservation (or else lose said reservation). 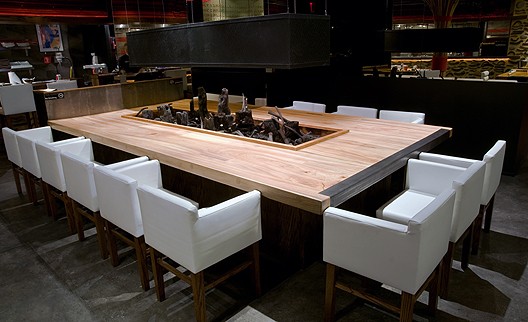 76) I don't mind no-reservations policies but I hate it when the restaurant won't take cell phone numbers so we can go to a bar and wait it out. Ippudo is the most egregious with an arbitrary-seeming policy that they will only do it for a party of three or more.

77) I think that Keith McNally is still a dick. 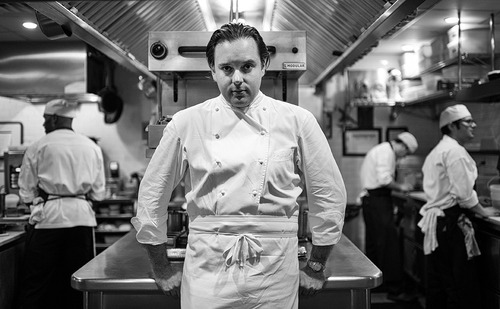 78) Paul Liebrandt's attempt to get with the program and go casual strikes me as disingenuous. For one thing, the food isn't remotely casual. It's haute cuisine food at haute cuisine prices. Another chef might have been able to pull off this high wire act, but from Paul — the guy who denounced Bruni for liking spaghetti and meatballs in A Matter of Taste — it all feels like a rather uncomfortable fit. Just because this stuff is served in big copper pots in a dining room that could be flipped to look like a set for the Saw franchise doesn't make it rustic. Paul seems to think these trappings are enough; like we won't notice it's fine dining if the plating is more primitive and there are mojitos on the beverage list along with $250 bottles of Chardo. He's hiding the peas in the mashed potatoes, and it all comes off a bit vulpine...

79) Lines. Yes, I would like to try a ramen burger. But I have absolutely no interest in spending my weekend standing in a line in Williamsburg. Nothing will taste good enough after that kind of wait.

80) Waiting for water. It's been a hot summer, and it should be served as soon as the table is seated. And please just leave a bottle on our table if you don't plan on regularly checking levels.

81) Out of date press photos. I don't want to use a photo of a chef from ten years ago or a picture of a dining room before a renovation. Keep it up to date.