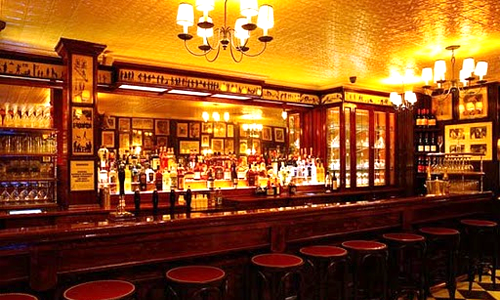 1) Chef Bill Brasile of Minetta Tavern: Patrick Martins, Heritage Radio Network founder and host of "The Main Course," talks to Bill Brasile, chef of Minetta Tavern, about how he learned the difference between French cooking and upscale American-French cuisine, and what he learned about himself from his time spent cooking at Morimoto, 360, Wallsé and Lespinasse. Here's Brasile on being dressed down by Wallsé's Kurt Gutenbrunner:

BB: Well, Kurt is everything you say, he is full of discipline, and he certainly took the wind out of my sails when he arrived, very quickly?he never had to say it, almost with a silent gesture he could show you that you didn't know much. I had been at a couple of places at that point, and I thought that I was pretty competent, and he showed me that I was still very much on my journey.
PM: Was he right?
BB: Absolutely. 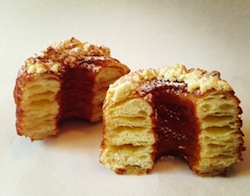 2) Thoughts About Cronuts: The guys from "Finger on the Pulse" sit down with Eater photographer Daniel Krieger, writer Jordana Rothman, and DJ Dieselboy to discuss 2013's summer food trends over a surprise box of Cronuts. As they devour the box, they aim to decipher the pastry's mysterious "je ne sais croissant" that is all the rage:

I feel like New Yorkers in particular, we love the one-off food stuff. We love the thing that we can eat that's not necessarily a meal. Think about when the Momofuku Bagel Bomb first came out or basically anything that you can eat at Smorgasburg. These little things that you can sneak in between your meal that are clever and are made responsibly I suppose, and are interesting and are sort of instagram-bait. 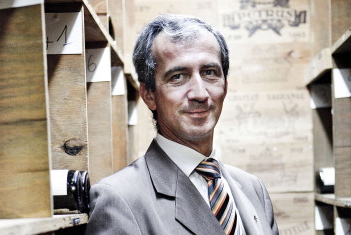 3) Andre Compeyre of Benoit: On this week's "In The Drink," Chef Sommelier of Benoit Andre Compeyre talks about the art of striking a balance on the wine list between super-rare, and expensive, reserve bottles from Alain Ducasse's personal collection and exceptional wines at more friendly prices. Compeyre on the casual atmosphere of Benoit:

As I'm getting older, I like to have fun, and being in a casual ambiance at Benoit allowed me to have fun, and to still have the same performance without being stiff or pretentious in my approach to the guests. And make sure that I pass that message, and the guests are having fun as well. 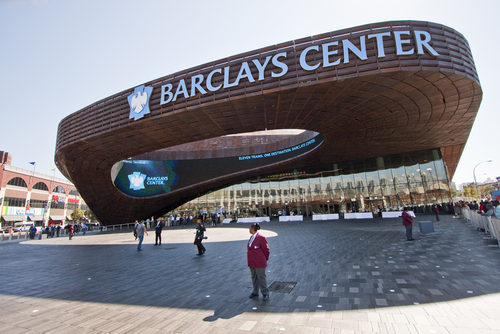 4) GrowNYC Greenmarket hits the Barclays Center: Caroline Hiteshew of GrowNYC introduces Erin Fairbanks of HRN to the city's newest greenmarket, now open every Wednesday at the Barclay's Center in Brooklyn:

One of the greatest assets of this market is the fresh, wild-caught fish and shellfish that's being caught and brought in by American Seafood. It's great to have a mid-week seafood source in such a central location in Brooklyn. Warren, the fisherman himself is on hand, and he is just a wealth of information on everything from fishing practices that they use to what's in season to how to cook and prepare what you end up buying. 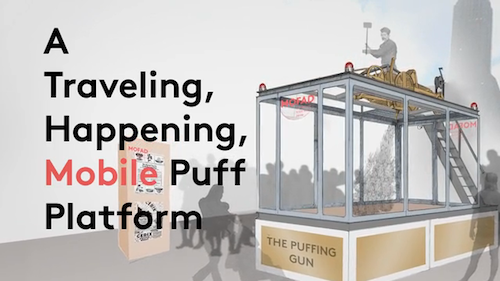 5) MOFAD with Dave Arnold: On Wednesday's Episode of "The Daily Bite," HRN's Jack Inslee gives a quick rundown on the current state of The Museum of Food and Drink, which Dave Arnold eventually hopes to grow from it's first exhibit--a traveling industrial cereal puffer on a truck--into a fully-realized brick and mortar museum. Here's Arnold on the successful funding so far:

Well, now that we've fully funded the puffing gun on Kickstarter, the city of New York really has to take note of the fact that we're really here, we're going to do it. And we're going to do more and bigger stuff in the future.