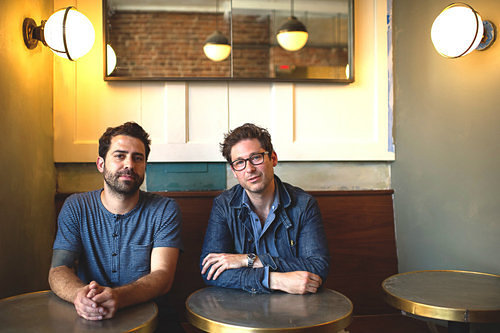 1) On Opening Estela: Thomas Carter and Ignacio Mattos of the newly opened Estela on East Houston Street, talk to Greg and Darin Bresnitz on this week's episode of "Snacky Tunes." Here's Carter, the former wine director of Blue Hill at Stone Barns, on going from somm to owner:

I thought to myself, why have another cush somm job where I get to drink really expensive wine, when I could completely complicate my life and open a restaurant??It was time to create something. I'd been a critic for so long—that's what you do with wine, you're always shaking a stick at it, which is not the best way to go. A lot of times you look at things in a vacuum, and I thought it was time to create something and put your money where your mouth is. 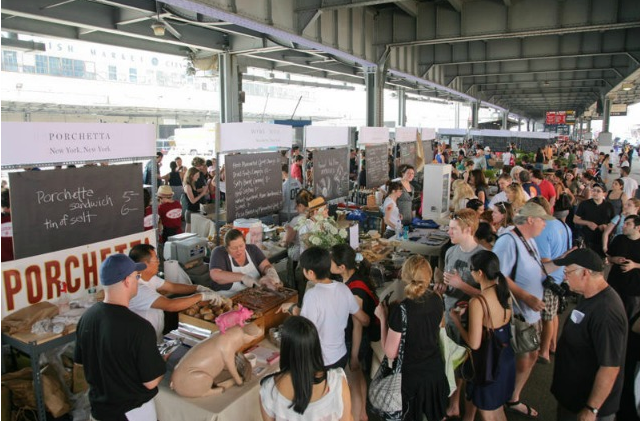 2) HRN at the New Amsterdam Market: Heritage Radio Network was out in force at the first and only New Amsterdam Market of the summer, talking to chefs, farmers, manufacturers, and sustainable food advocates about the market's future after a disappointing loss to the Howard Hughes Corporation regarding the redevelopment plan for the Seaport area. Here's what New Amsterdam Market founder Robert LaValva has to say about his fight to keep and expand the market:

Even independently of us and this market, it is such an iconic, historic site, and that's not something a city should get rid of; that's what brings people to a city. All the more so because there's a need for these kind of markets, there's such a growth in the food movement, such a need to have space—warehousing, distribution—this was a wholesale market as well as a retail destination. We could make it back into something like that again, that would serve the city as well as preserve a very valuable part of its character. 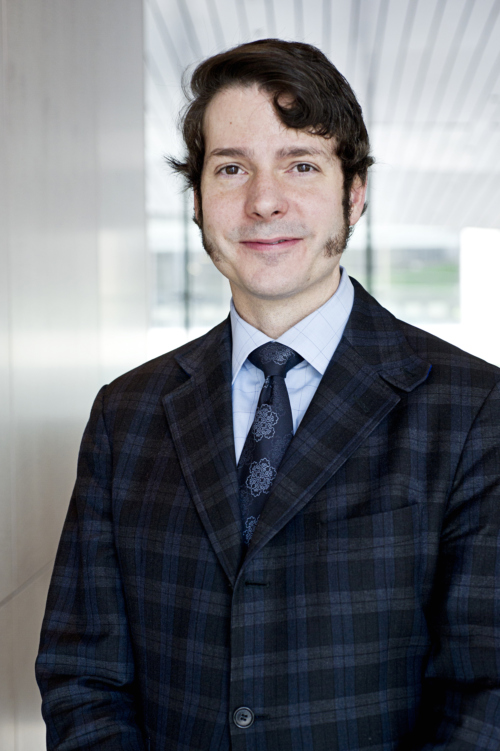 We see a lot of Americans dining in season, it's something I've watched, through my years in the business, really turn up over and over again. So drinking in season seems to be a natural follow up, too. We're bringing seasonal fruits and pureeing them for the prosecco bar. It's more like "create-your-own-bellini," but we're using different types of sparkling wine to add another edge to it too. 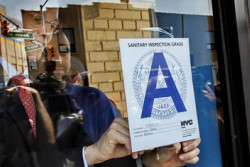 4) How to Behave When The DOH Comes Around: This week on "How to Behave," Brian Keyser, owner of Casellula Cheese & Wine Cafe, and Hannah Howard host a discussion about the inconsistencies and trepidation restaurant owners face during a visit from the DOH Inspector. Keyser talks to Serious Eats writer Lauren Rothman about the trouble in getting people in the restaurant industry to speak out against the DOH letter grade system:

They were making pretty well-documented points about how the system works and why it doesn't always function in the best way for restaurants. And it was not like they were saying anything super inflammatory, but they were really, really hesitant about using their names or places of employment. So, early on in my research, I was able to tell how contentious this subject was. 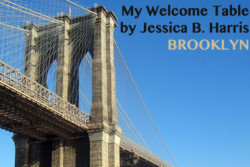 5) Jessica Harris' Brooklyn: In the latest episode of "My Welcome Table," Jessica Harris reminiscences about living and eating in Crown Heights in the 1980s. Harris, having lived in the West Village as a cookbook author prior to her move to Brooklyn, reflects on the relative lack of available goods in Crown Heights at the time:

Long before the term 'food justice' became common currency, African Americans, and indeed all who shop in ghettoized areas outside of the mainstream, are offered second-rate comestibles and second or third-rate produce.