Zimmern on the Hamptons; Where to Watch Fireworks

Share All sharing options for: Zimmern on the Hamptons; Where to Watch Fireworks

With the the long Fourth of July weekend kicking off the summer season, things are getting busy in the Hamptons. With weekend getaways in mind, here's a roundup of all the food news from Eater's sister site Curbed Hamptons this week. 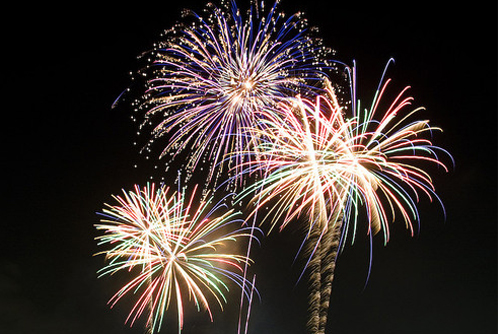 Fireworks! In the Hamptons, fireworks don't just happen for the Fourth of July, they happen all summer long. So here's a map of where they'll be happening starting tomorrow and going through Labor Day.

Curbed Interviews: Here's Andrew Zimmern, who grew up in the Hamptons, on whether he would film an episode of Bizarre Foods there: "I've been fighting an uphill battle to film a show out east for a while now. The Hamptons sometimes gets a bad rap with everyone hating on the glitz and glamour. ... This place has a fantastic history, and I'd like to showcase the cultural touchpoints of the area. I could really showcase the uniqueness of the South Fork through food."

South Fork: Speaking of the South Fork, Bruce Buschel of Southfork Kitchen blogged about closing his restaurant, writing in the Times: "At one point, someone asked, 'Are you going to miss the place?' and my restaurant life passed before my eyes: the late nights, the daily dramas, the joyous weddings, the miscalculations, the staff D.W.I.'s, the noble essentialness of the dishwasher, the antisocial social media, the lost treasure, the dizzy flirtations, the gas leaks and bright lights and kitchen fires and superstorms and a lot of spilled milk."

Amagansett: Bobby Flay opens up on his Amangansett home and its indoor and outdoor kitchens in the latest Elle Decor, saying things like, "I've spent my life working a grill, and I never had one at home until now. It took 30 years." Unsurprisingly, both kitchens are very pretty.
· Curbed Hamptons [Curbed]