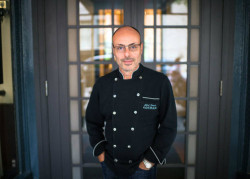 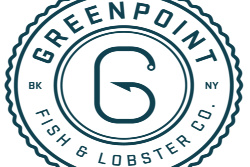 2) North Brooklyn Seafood: Vincent Milburn and Adam Geringer-Dunn talk to HRN about their new fish market and cafe Greenpoint Fish & Lobster Co., how they're filling a void, and the demand in the North Brooklyn market for sustainable, traceable fresh seafood:

We felt ourselves as a consumer with out an option, and we really wanted a place where you can come in and you know, everything that's being offered is sustainably sourced, harvested-fished, and you could feel good about buying it. And you're contributing to a sustainable movement for the longevity of these fisheries. 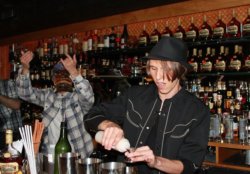 It's like punch, but you get this beautiful texture, and it's frozen. And you can do things that maybe you wouldn't do in cocktails. Like you wouldn't put banana puree or cucumber water in a cocktail, but in a frozen drink it would work. 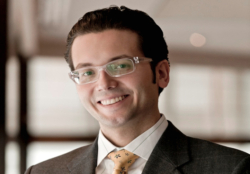 4) Hristo Zisovski on Wine: Joe Campanale talks to Hristo Zisovski, beverage director of the Altamarea Group, about his career in the wine world. Zisovksi talks about how he got his start working the grill at his father's greek restaurants in Chicago. Here he discusses how he's using technology to make buying and managing wine for seven different restaurants easier:

I'm definitely a systems-driven person. On top of wanting to try all this wine, I think you need to have balance in a program to be able to do it all. [binwise] is a cloud-based system that lets me have everything on the touch of my finger via my laptop, computer, iPad, and helps me grow the empire that we're starting to grow here. 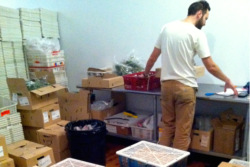 5) Foraged Mushrooms for NYC: On the first ever episode of "Mic-ology," the new HRN show about all things fungus, mycologist Gary Lincoff gives the lowdown on a familiar looking edible mushroom that can be found growing wild in New York's parks:

There are a number of different stinkhorn mushrooms. The genus is phallus, the appearance is usually one that is phallic in shape. You can now find some of them being served in Chinese restaurants, because it is called bamboo fungus. The Chinese have been growing it for decades?Around the second to third week in June, all the way through September, in every [NYC] park, stinkhorns shoot up. Tourists will stop at these clusters, when they see them, they giggle over this phallic eminence sticking up out of the ground in Central Park. Smell the air, and you will know that the stinkhorns are out.