The Early Word on Paul Liebrandt's The Elm

Share All sharing options for: The Early Word on Paul Liebrandt's The Elm

Paul Liebrandt's week-old Williamsburg restaurant The Elm is tracking through the roof. Liebrandt originally pitched this as a casual place, but The Elm is most definitely a fine dining restaurant, albeit one with a relaxed dining room and an a la carte menu. Here's a look at what early diners are saying about Liebrandt's Brooklyn baby, The Elm:

The Great News: One Yelper thinks that The Elm is a Brooklyn game-changer: "The Elm is fantastic. It's rare to see service this crisp and food this good right out of the gate, let alone in Williamsburg. A restaurant usually needs a solid two or three months to catch its stride. Surprisingly, The Elm has found its close-to-perfect balance with less than a week under its belt. Eat at The Elm, then compare it to any/every other high-end restaurant in Brooklyn. It outperforms at every angle, especially when compared to overpriced places like Colonie, Allswell and Gwynnett Street." [Yelp]

The "Go Now" News: Mouthfuls user Daisy recommends checking out The Elm ASAP: "Go. Go now, while Liebrandt is at the pass vetting every plate that comes out, while a delicious meal including amuse, mignardises and a $55 bottle of a 2001 white Rioja from Lopez de Heredia comes to about $120 a person, while the exquisite strawberries in the worlds most refined Eton Mess are still in season. There is nothing remotely casual about The Elm, from its coolly understated decor to the luxe minimalist table appointments to its formal (yet cordial) if slightly nervous service...The foie gras dish is a stunner — a disc of smooth pâté topped with an intense strawberry gelee pointed with ginger — and it reminded me so very much of the foie and beet dish at Gilt. And the Rioja was the ideal partner to it." [Mouthfuls]

The Sweet News: The blogger from Food & Femininity praises the desserts: "Roasted Peaches and this gorgeous take on an Eton Mess, typically a simple English dessert of layered meringue, strawberries and cream. Pastry chef, Jeff Sytsma's, portrayal resembled a deconstructed macaron with candied rose petals and other delicious elements that have slipped my mind. Buttermilk was involved. Damn it, it was tasty! I didn't share? So disregarding the Eton Mess, The Elm's menu is ideal for sharing...go with friends! Just be prepared to splurge a little." [Food and Femininity]

The Nervous News: One Yelper is finds that the service has a nervous energy: "[T]here were some good things — the food was good, the servers were all very friendly. However, at this price point, you expect them to be more than friendly — you expect them to be experienced and attentive... Much of the staff seemed off and nervous. So much so that we could feel the anxious vibe in the room right away — immediately realized this was not going to be relaxing, and tried to order drinks so we could laugh it off." [Yelp]

The Too-Good-to-Be-True News: The Pink Pig concludes his review: "I emerged rubbing my eyes. Could Paul Liebrandt really be cooking in a open kitchen, in a relatively (only relatively) casual hotel restaurant? Could he be cooking at his best, with super ingredients, at these prices? The answer to those two questions is 'Yes.' Go right now, because the answer to the next question—'How long can this go on?—has yet to be determined." [At the Sign of the Pink Pig]

The Indescribably Delicious News: A Foursquare user gives it a rave review: "Are you kidding me with the Bouillabaisse?! By far one of the most incredible fish dishes I've ever had. Perfectly cooked halibut resting in seaweed butter and orange tomato sauce. Ommmmggg." [Foursquare] 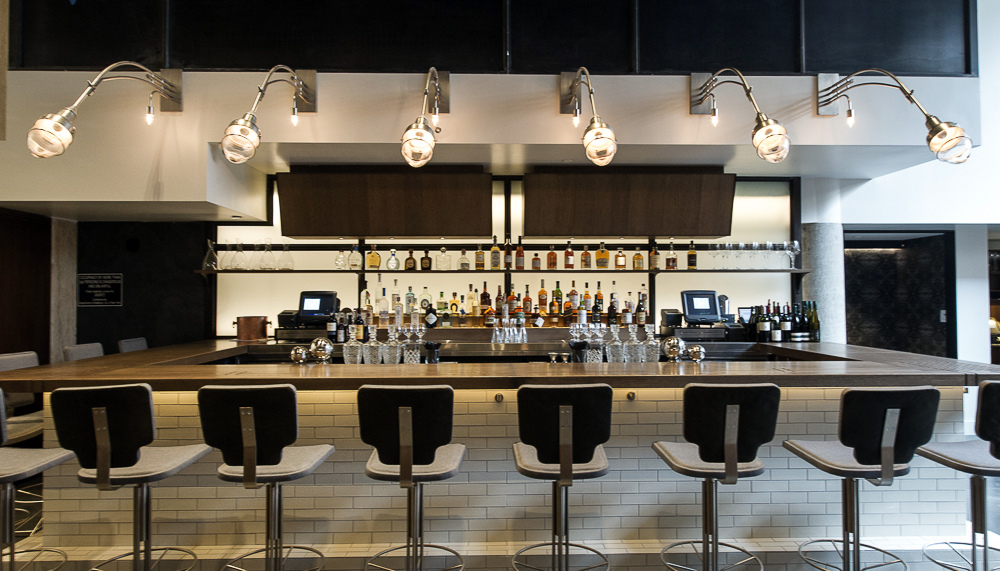 The Kid-Friendly News: Another Yelper loves the service and the overall dining room experience: "The Elm is awesome. Brought my daughter, who is 21 months old, and they couldn't have been more accommodating. Paul, the chef, came out and talked to her as did all the staff, who were fantastic. Been waiting for the restaurant to open and was more than surprised." [Yelp]

The Out of Place News: Another Yelper is enamored by the food and confused by the location: "Not only was the food delicious, but it was thoughtful, interesting and beautifully plated. The fois, angolotti, and bouillabaisse were delicious and the duck might have been the best I've ever had. If this review was based solely on the food, it would have received four or five stars. That all being said, I couldn't shake the feeling that The Elm was out of place, but I couldn't decide if it was because it was in Williamsburg or because it was a hotel restaurant." [Yelp]

The Impressive News: Mouthfuls user Liquid NY files a detailed recap of an early meal: "'Crudités,' with baby lettuces, summer vegetables, and green olive-tuna crème?. This course was very nice, but contained the only technical flaw of the night — the greens were sandy. *sigh* I swear, it seems like even the finest restaurants occasionally make this error. Otherwise, an impressive start?Foie gras with spiced strawberry gelée, pickled strawberry, Thai long pepper, and brioche. Now we're talking. Fabulous — easily one of the best foie gras courses in the city?.The best course of the night, and easily one of the top things I've had this year or any year: Swiss chard agnolotti, lobster, corn, shishito pepper, with fve-year gouda shaved tableside. A must-order?. Very impressed with The Elm. Corton was is better of course, but the gulf isn't that wide. If Corton never reopens, at least we have The Elm." [Mouthfuls]