Share All sharing options for: Eater's 24-Hour Westway Liveblog Is Officially Over

And Eater's 24-hour diner liveblog has officially come to an end. A big thanks to Alex, Jose, Sergio, Jack, Cecilio, and the rest of the crew at the Westway diner in Hell's Kitchen, as well as the chefs, restaurateurs, food writers, and readers that stopped in for coffee since yesterday afternoon. Check out scenes from this morning above, take a peek at more coverage below, and stay tuned for more Greasy Spoons Week action later this afternoon.

11:50: Overheard at Westway: "Okay, I have like a severe food allergy, so can I just get like eggs and toast? I don't want to get food poisoning."

11:45: The one and only Ms. Kate Krader stopped in for a latte. Her favorite diner: "I don't have enough diners in my life. My local diner is on the corner of Bergen and Wyckoff. It's called Classic Diner. No matter what time I'm there, I order French fries, even for breakfast. And they're pretty good, they're super crispy."

11:30: Final order placed. Since it's the baker's favorite, trying the tiramisu. Not a classic version, but plenty of whipped cream.

11:15: And, just like that, the place is just about empty again. One waitress is counting tips at a corner table. 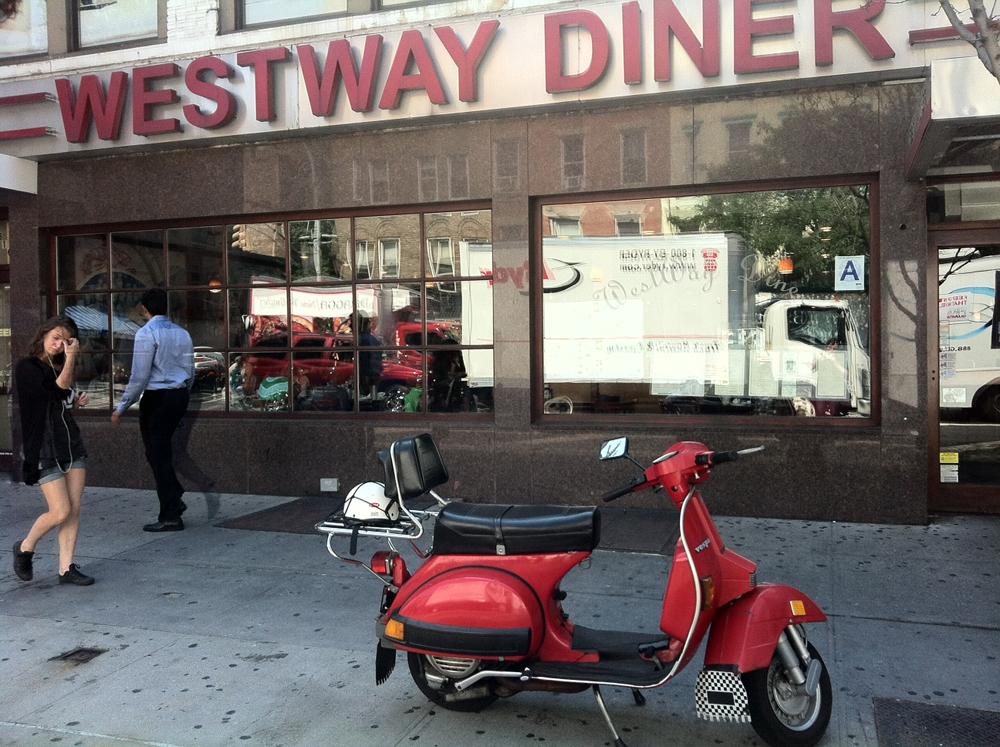 10:30: BrisketTown's Daniel Delaney rolled up on his bright red 1985 Vespa. Here's Daniel on his favorite diner:

My favorite diner is probably a diner called Midtown III, which is in Philadelphia. It's my favorite diner because it's rich with memory for me. When I went to art college, there was no spirit of, "Let's get drunk and have fun." It was just work, so it was not uncommon for us to pull all-nighters. It was my go-to diner to get food and go back and do more work. I had a close friend who I don't really speak with anymore, and it was pretty religious that we could just go to that diner and talk, and that's probably my favorite. Diners to me are places to go and talk. 10:35: Raphael and Paula from Eater National have arrived at the Westway. Four laptops here now.

10:20: The place is still pretty packed. Here's a look at the dining room right now:

10:00: Very interesting process happening over in the corner. A man used the vinegar on the table to wash off a lime, then pulled out a pocket knife, cut it in half, and squeezed it into his glass of water. Stirred the whole thing up with a fork.

8:55: Cecilio worked the grill by himself this morning:

Food came out five minutes after we ordered it. The Westway omelette is a strong choice.

8:32: Waiter Jose says that breakfast is usually slow in the summer. Business picks up around 10:30, and is usually busy for lunch.

8:25: Hostess that greeted Team Eater at noon yesterday just punched in for work.

8:15: There are three cops in the restaurant right now.

7:38: Nick Solares stops in for some breakfast. His verdict on the egg, well done hash browns, and toast: "Oh, this is so good. You know it's good when it all tastes like bacon. That's exactly what a diner breakfast should taste like: salty, a little soapiness." Some more color from the neighborhood: on the way here Nick saw a man get maced by police, tackled, hit by a car, and finally arrested. 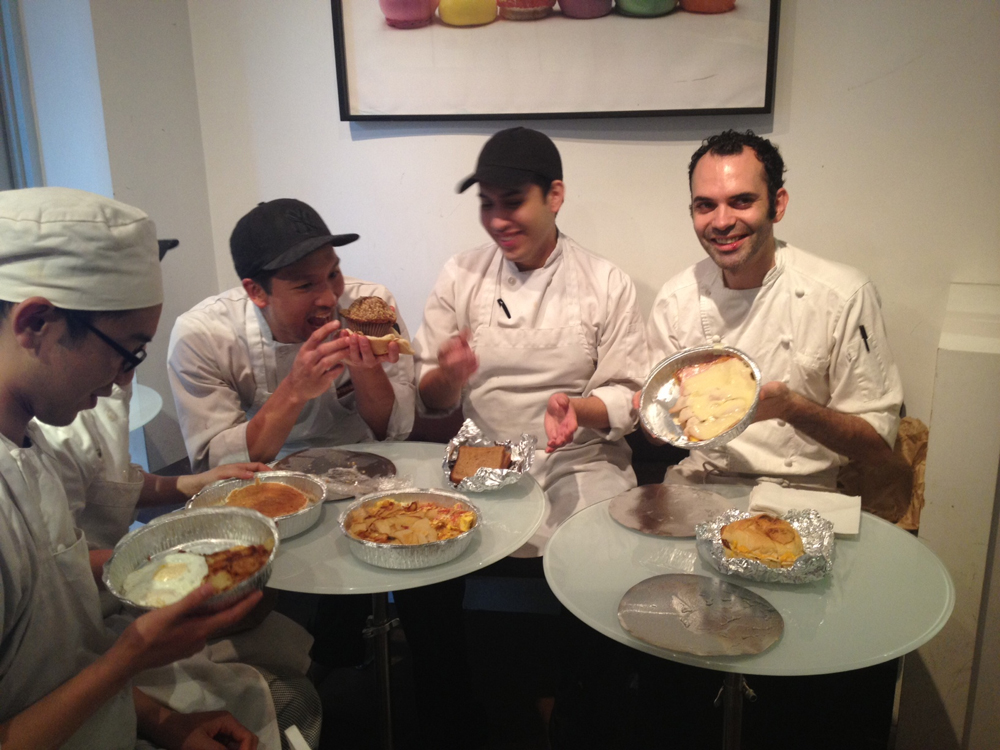 We got bum rushed by some drunk (?) guy waiting for Cronuts when Dominique tried to let me in. He was yelling, "They're open! They're open!" He tried to get in the door, trays of Cronuts covering every surface. They clearly did not want to take a lot of time off from working! But they were all super sweet.6:58: Here's that special delivery. More details soon: 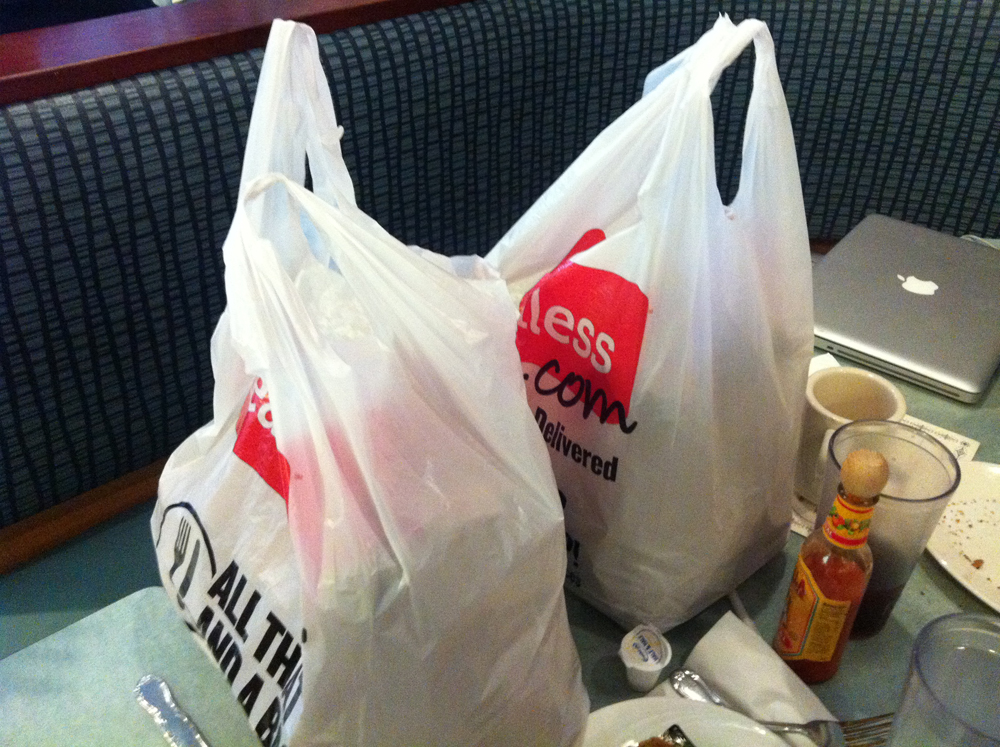 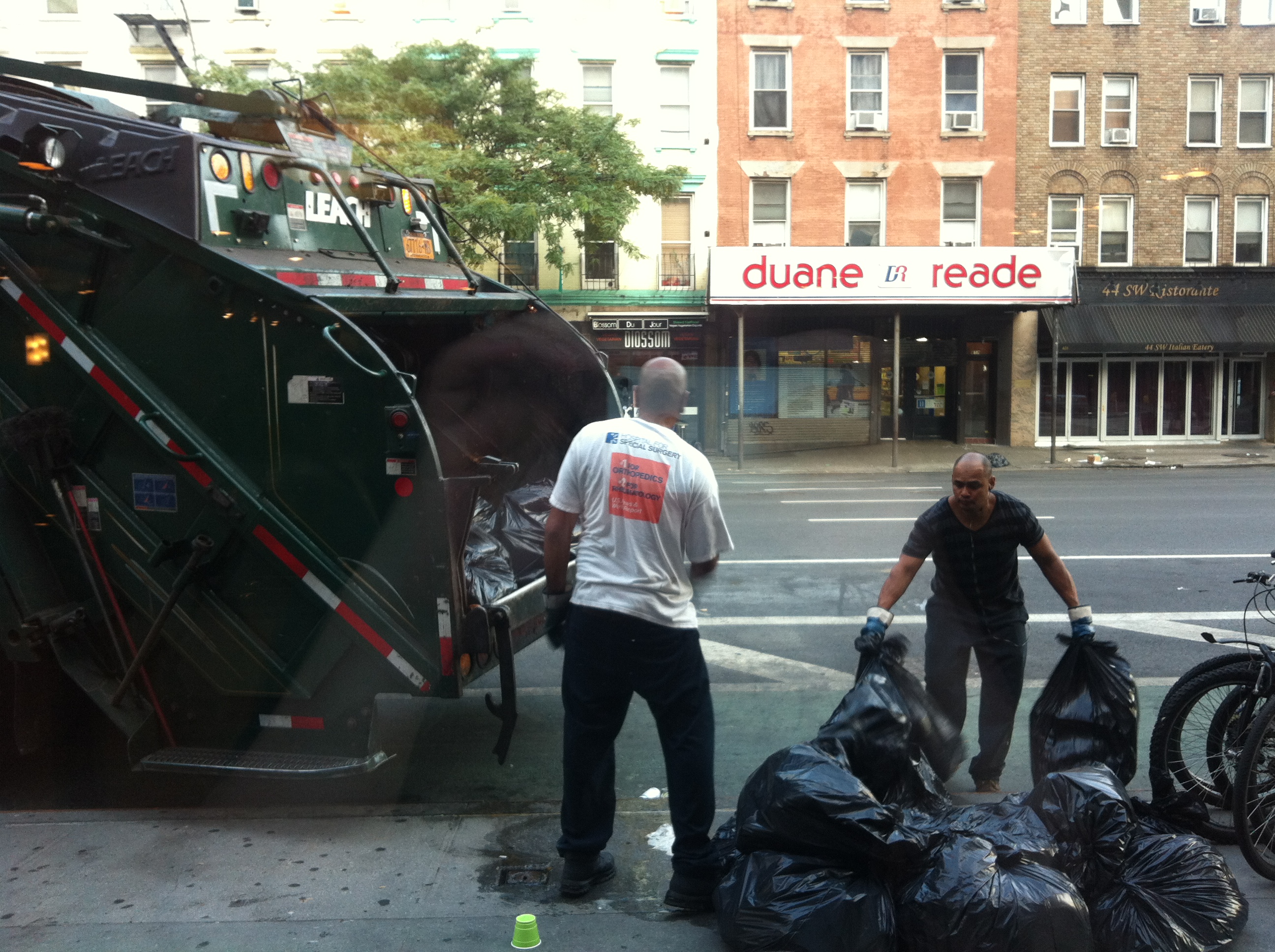 6:35: Overheard at the Westway: "Could be a loose wire too. When they're loose, they heat up. I think the best thing, like you said, is to have Con Ed take a peek." 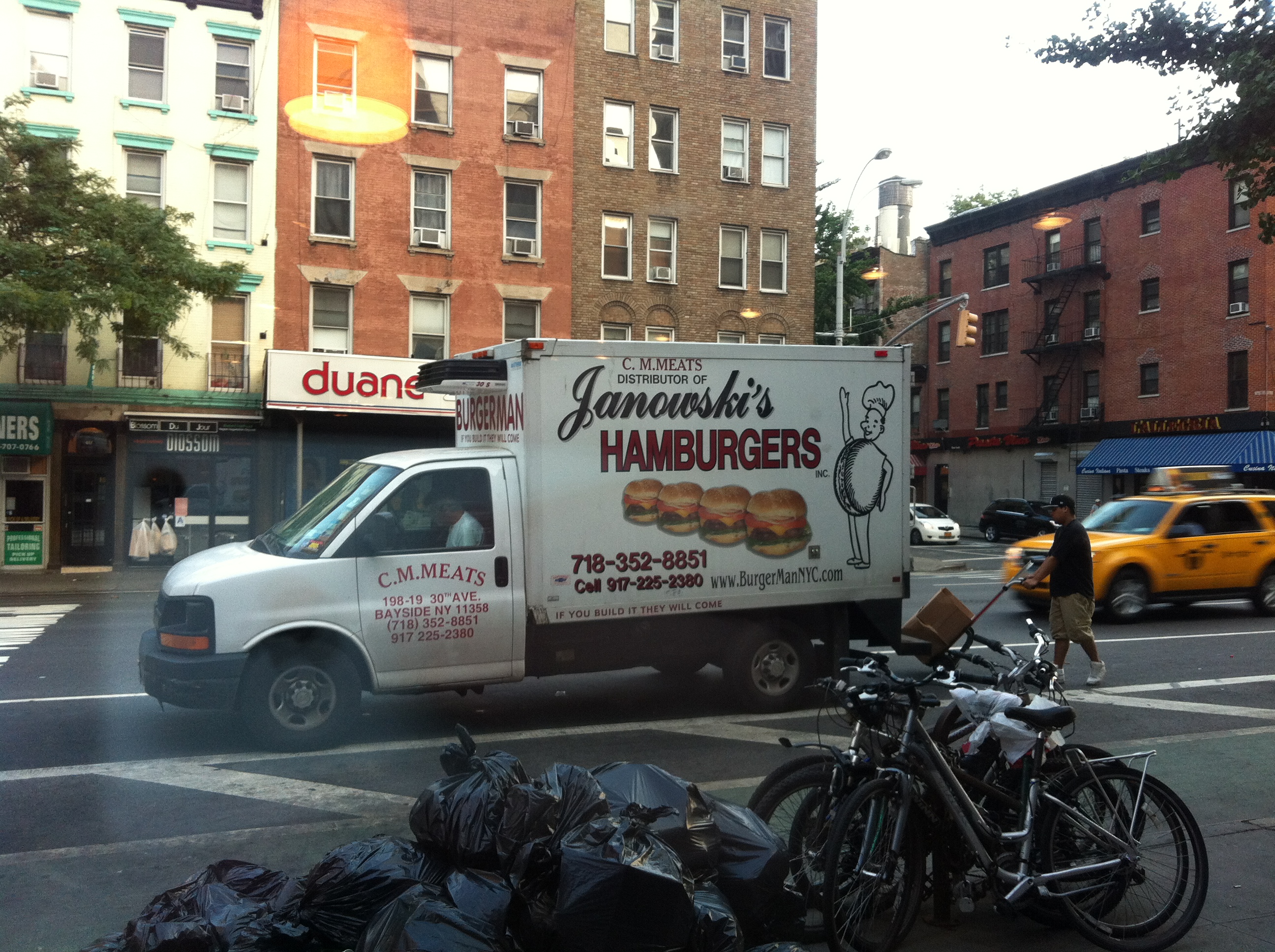