All throughout Greasy Spoons Week, food writers and friends of Eater will write about their favorite diners. Up now: author, Toqueland blogger, and cookbook collaborator extraordinaire Andrew Friedman. 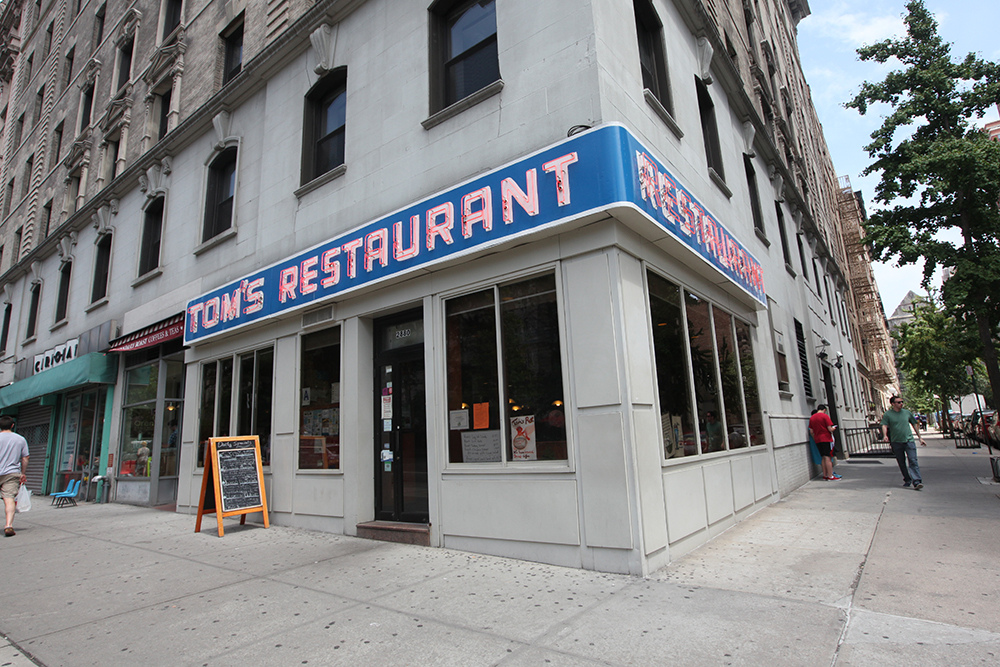 My first memories of diners aren't my own; they belong to the movies.

I think the first time I was aware of diners was when I saw Annie Hall. After Annie (Diane Keaton) makes her singing debut, she and Alvy (Woody Allen) hit a diner, although in hindsight I guess it was more of a deli. En route, in a move that would never work in real life, he gets her to kiss him under the pretense of getting "it out of the way." Then they go eat, she famously orders pastrami on white bread with mayonnaise, and he charms her with his easy wit.

I was a kid in Coral Gables, Florida, when that movie came out, and that scene, as it did for millions of bespectacled little boys around America, offered a beacon of romantic hope, and the diner provided a window onto a sliver of the irresistible life that awaited in New York City: the foot-soldier mentality that led Manhattanites to seek momentary asylum in eateries; the effortless blending of sophisticates and everymen in said eateries; the 24-hourness of the city.

Even from a distance, it seemed to me that diners filled a different function than restaurants: They weren't where you went to have a proper meal or commemorate a special occasion or milestone. They were punctuation in the life of urban dwellers, a place to take a breather and underscore life's little moments.

Diners were where John Travolta stumbled through his failed courtship of Karen Lynn Gorney in Saturday Night Fever. Where Dustin Hoffman scoured the classified ads in Kramer Versus Kramer. (When Martin Scorsese made Alice Doesn't Live Here Anymore, cinephiles were perplexed at the Eisenstein of the East Village taking on a southwestern comedy, but it always made sense to me: Marty's a New Yorker and much of the movie unspools in a diner.)

There were also two non-New York diners that loomed large in my teenage imagination: the one in Michael Mann's Thief where James Caan tells Tuesday Weld about his rough prison days (some of the best acting you'll ever see is in those few minutes), and the titular setting of Barry Levinson's Diner, where nerdy dudes like Steve Guttenberg and Paul Riser hung out with the likes of Mickey Rourke's Boogie. (More movie magic and hope for a young Andrew Friedman: In the movie, nebbishy Daniel Stern, named Shrieve no less, was married to human supernova Ellen Barkin.)

I came to New York City in 1985 to attend Columbia University, and it wasn't long before I had staked out a diner, although it was hardly my own. It was the same one that generations of Columbia students had flocked to before me: Tom's Restaurant, at the corner of 112th Street and Broadway. Tom's was where I learned to hang my vintage car coat with aplomb, to divide my attentions between a book and a cup of coffee, to hold theatrical production meetings in public, and to fumble through my own urban mating rituals, thank you very much. In service of that last objective, Tom's was also where I developed my "lean," that distinct posture, permissible exclusively in diners, where you sit, back against the side of a banquette, so as to allow a leg cross under the table. This is, I believed, how one was meant to sit in a diner and talk to a girl, and mastering it was a crucial rite of passage. (For the ultimate, animalistic execution of the lean, see that scene in Thief.)

The food hardly mattered: I usually had a burger deluxe (even before my culinary enlightenment, I knew it wasn't very good), occasionally tuna salad on rye toast, sometimes corned beef hash. Always a vanilla shake, although the house specialty was a Broadway shake that combined chocolate and coffee.

There were other places with better or more memorable food in Morningside Heights: the long-departed Mama Joy's deli, Koronet Pizza with its obscenely large slices that we called "slabs," and Columbia Hot Bagels. But those were all takeaway joints, with food that we ate on the steps of various buildings around campus, or in the hallways of our dorms. Tom's was, first and foremost, a setting, a place to be and to hone our budding adult selves.

Having first been turned onto diners by the movies, I guess I shouldn't complain that Tom's has been subsumed by popular culture. Suzanne Vega wrote about it in her song "Tom's Diner." More iconically, Tom's provided the exterior of Monk's Cafe, where television's Fab Four of Jerry, Elaine, George, and Kramer, hung out on Seinfeld, never mind that Monk's was as sterile and phony a diner as you will ever see. (Not that there's anything wrong with that.)

As I say, I shouldn't complain, but Tom's has a website now, and merchandise, and is featured on the brochure of the real Kramer's New York Seinfeld tour, and all of that makes me a little sad. Diners are not meant to be destinations and they are not supposed to be the star of the show. From their laminated menus to their leaden ceramic plates to their counters with accompanying stools bolted to the floor like parking meters, the sameness of diners makes them stages on which we can shine for a moment before getting on with our lives. That's what Tom's was to me and I prefer to remember it that way. It's just a subway ride away, but I haven't been back in more than 20 years; I'm pretty sure this is one case where there's no going home again.