A Greasy Spoon Primer From Sietsema

Share All sharing options for: A Greasy Spoon Primer From Sietsema

What is a greasy spoon anyway? Merriam-Webster's online dictionary defines it pejoratively, and without benefit of punctuation, as "a dingy small cheap restaurant." It further defines dingy as "dirty, unclean, shabby, squalid," proving that the dictionary editor must hate greasy spoons! Because most people I know use the term — first coined in 1902 — admiringly. But other than by heaping abuse on the entire dining category, how would contemporary New Yorkers define it?

All photos by Robert Sietsema. 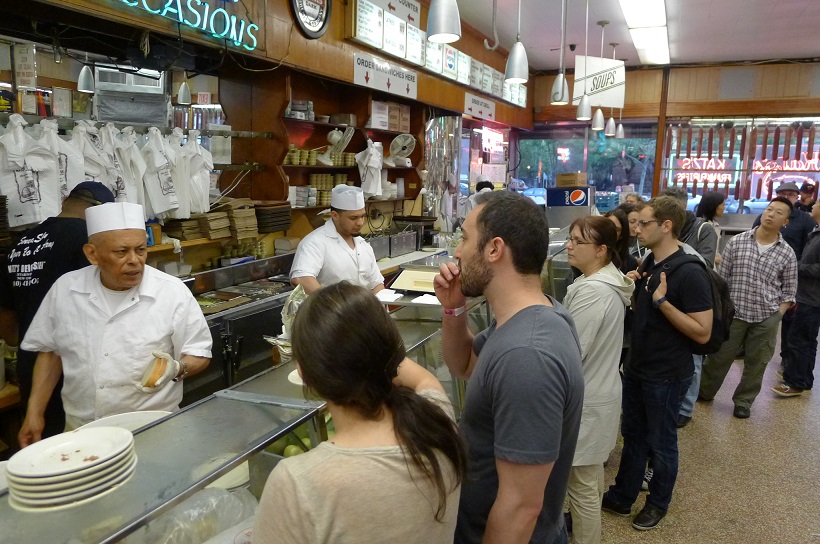 [Katz's]
Well, a greasy spoon is indeed often small, though large ones can readily be found. Katz's Deli, for example, is a greasy spoon, and so is Albert's Mofongo House, a sprawling place up in Inwood that specializes in pig-skin-laced mashed plantains drenched in a rich pork gravy — and "rich" here is code for "greasy." So, yes, though a greasy spoon need not be small, it must at least offer food that is unabashedly fat-laden.

More important is the "cheap" part of the definition. When a friend excitedly whispers about a new greasy spoon she's found in the eastern reaches of Astoria, you can be sure that one of the most important things about the place — say, Cedar's Meat House, a Lebanese barbecue and grocery store with delicious grilled lamb and beef — is that you can depend on eating well for less than $10.

So it is with Lali Guras, a Nepalese spot in Jackson Heights that is greasy, cheap, and incredibly small, offering only two tables for eager patrons who can't resist their steamed breads and "rich" curries, all very modestly priced. You can also get Southern fried chicken, in case the Himalayan food isn't greasy enough for you. People in cold climates demand grease to survive.

Located in a former Chinese carryout and barely changed since those days, Lali Guras' premises can also be said to be shabby — through no fault of the owners, I'm sure. Besides, there are plenty of wildly expensive restaurants that may be regarded as shabby — Peter Luger, for one. Why should they renovate when shabbiness is synonymous with charm? But Peter Luger is decidedly not a greasy spoon, unless you're only including the hamburger. One thing a real greasy spoon doesn't mess with is luxury ingredients, or anything that smacks of farm-to-market.

The term greasy spoon is often applied to Greek diners, due to their cheapness and also perhaps because a greasy film can usually be found on their silverware. The prevalence of French fries on the menu alone would qualify these places as greasy spoons — and note the not-accidental association here of "French" and "greasy." 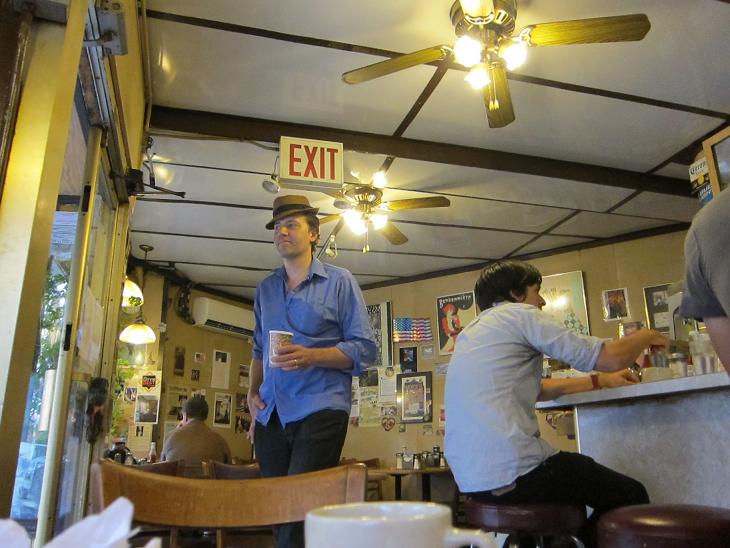 [La Bonbonniere]
Indeed, my favorite greasy spoon boasts a French name — the West Village's Le Bonbonniere, which means "The Candy Box" in French. It handily fulfills most of the greasy spoon definition, being shabby, small, and offering lots of fatty food. But one part of the definition doesn't apply. When I eat my standard diner breakfast of two eggs, buttered whole wheat toast, home fries, and sausage, all oozing lipids, the tab comes to around $15 with tax and tip. Nobody would call that cheap for breakfast, even movie stars like Ethan Hawke and Julianne Moore who are sometimes seen hanging there.

But a diner doesn't have to be Greek to qualify as a greasy spoon. Favorite Times Square Cuban lunch counter Margon easily qualifies as a greasy spoon, from its mayo-slathered media noche sandwiches to its famed pernil pork-shoulder roast and its unctuous garlicky punch. Chelsea Latin holdout La Taza de Oro ("Cup of Gold") serves a similar menu, and it's totally a grease pit, too. Long-running ex-pat lunchroom Sapporo, another example near Times Square, proves that even the fastidious Japanese can turn out a great greasy spoon. What kind of a place but a greasy spoon would throw deep-fried shrimp in soup? 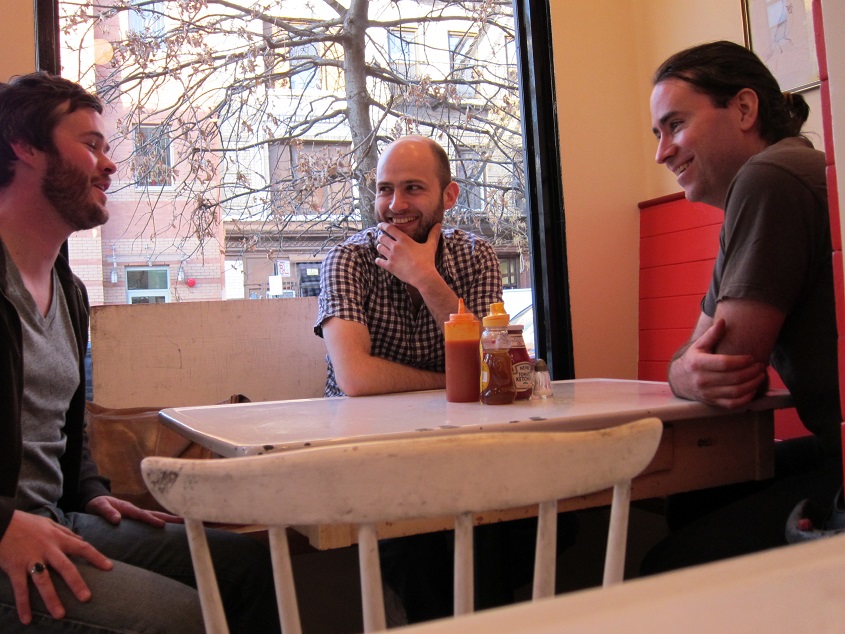 Brooklyn is rich in greasy spoons, not all of them are old and decrepit. Take one bite of the chicken biscuit sandwich at Pies-N-Thighs and realize how a hipster café in Williamsburg can be created as a greasy spoon, even without decades of grime and shortening to fall back on, and trace the roots of that grease all the way to the city's ancient and venerable African-American fried chicken joints like Mitchell's Soul Food in Prospect Heights and Margie's Red Rose in Harlem. Though greasy spoons may have a specialty, we depend on them for a full menu, which rules out fried chicken franchises and most other chains.

Indeed, franchises themselves are disqualified, because one thing we demand in our greasy spoons is comparative uniqueness. That's in addition to size, cheapness, dirt, all-around dinginess, and a very free hand with the cooking oil.
· All Posts by Sietsema [~ENY~]
· All Coverage of Greasy Spoon Week [~ENY~]