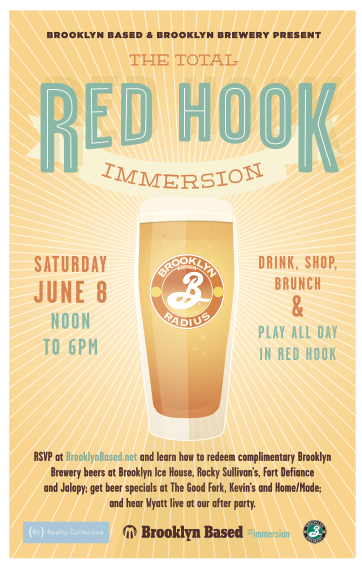 1) Total Red Hook Immersion
When: Today, 12 p.m. to 6 p.m.
Where: Brooklyn Ice House or Rocky Sullivan's
What: The Total Immersion series from Brooklyn Based and Brooklyn Brewery is back for its fourth year of neighborhood exploration. To kick of the season, they're heading to Red Hook to support the community post-Sandy. To get in on all the deals, you'll need a golden ticket, which will be distributed at both Brooklyn Ice House and Rocky Sullivan's starting at noon today. The cards are good for complimentary brews at bars like Fort Defiance and Jalopy Tavern, brunch drinks at The Good Fork and Home/Made, discounted lobster rolls from Red Hook Lobster Pound, and more. Check out the full map of participating vendors here. 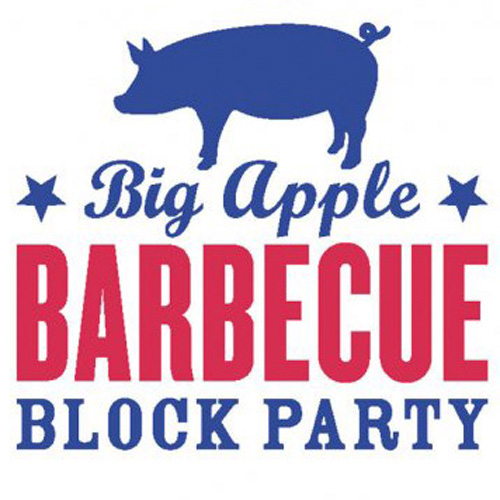 2) Big Apple Barbecue Block Party
When: Today and Tomorrow, 11 a.m. to 6 p.m.
Where: Madison Square Park
What: New York's premiere barbecue festival returns to Madison Square Park this weekend. The 11th annual Big Apple Barbecue Block Party boasts an impressive lineup of pitmasters from across the country, including New York's own Dinosaur Bar-B-Que, Blue Smoke, and Hill Country, among others. Entry into the event is free, but bring lots of cash for food and drink (most dishes cost about $9). Also, new this year's block party are $30 grilling classes courtesy of Weber Grill and a "No Bone Zone," where, for just $40, guests will get champagne, 13 Alabama Gulf oysters, and a seafood martini. 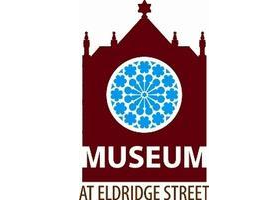 3) Egg Rolls & Egg Creams
When: Sunday, 12 p.m. to 4 p.m.
Where: Museum at Eldridge Street
What: Another block party is happening down on Eldridge Street tomorrow afternoon, and this one is of the Chinese-Jewish variety. The Museum at Eldridge Street is hosting the Egg Rolls and Egg Creams festival in celebration of the communities that make up the Lower East Side. There will be everything from Chinese acrobatics to Yiddish language lessons, as well as opportunities to learn how to braid challah and taste kosher vegetarian egg rolls from Shalom Chai. The event is free, but RSVP here to get all updates.

4) Tour del Taco
When: Sunday, 11 a.m. to 4 p.m.
Where: Grand Army Plaza
What: The fourth annual Tour del Taco, a bicycle-based taco tour, is going down tomorrow. The ride starts at Grand Army Plaza and winds through Brooklyn and Queens in search of the boroughs' best tacos. The ride is free, but donations go to supporting the Youth Farm at HSPS. Tacos are pay as you go. If you can't make it for the whole ride, be sure to follow Brooklyn by Bike on Twitter for location updates. 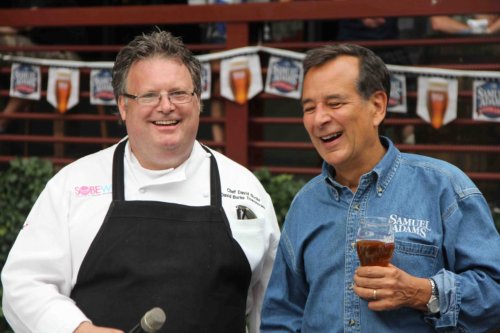 5) Summer Spit BBQ
When: Today, 1 p.m. to 5 p.m.
Where: Studio Square Events
What: This afternoon, David Burke is hosting the Third Annual Summer Spit BBQ out in LIC. The all-you-can-eat-and-drink event will feature food by Burke, including whole spit-roasted hogs, chicken dumplings, angry pigs in blankets, pulled pork sandwiches, peach donuts, and various sides. There will also be tastings of Sam Adams beers and Jim Beam spirits, and brewing demos by Boston Beer Company. Tickets are $85, or $60 for those under 21. [Photo]

Also of Note: Smorgasburg is open for business this weekend from 10 a.m. to 5 p.m., with vendors like Dough, Red Hook Lobster Pound, and Pizza Moto. The Hester Street Fair is on for this weekend as well. Looking to try a new restaurant this weekend? Cool down with some ice cream from OddFellows Ice Cream Co., head to Midtown and check out the Refinery Hotel's new restaurant and Prohibition era-inspired cocktail bar, or try Saxon & Parole vet Matt Lambert's new "modern New Zealand" cuisine at The Musket Room. If it's one of New York's hottest restaurants you're after, do consult Eater's recently updated Manhattan heatmap. And for those heading to Queens this weekend, be sure to check out Robert Sietsema's Himalayan Jackson Heights guide before you go.