Jim Chu on Auctioning Off Jo's, Piece by Piece

Share All sharing options for: Jim Chu on Auctioning Off Jo's, Piece by Piece

Over the last four years, restaurateur Jim Chu has written for Eater about things like the hell of DOH hearings, and staying open during Hurricane Sandy. And now, Jim files one last report for Eater, about the closing of his Nolita bistro Jo's. Take it away Jim: 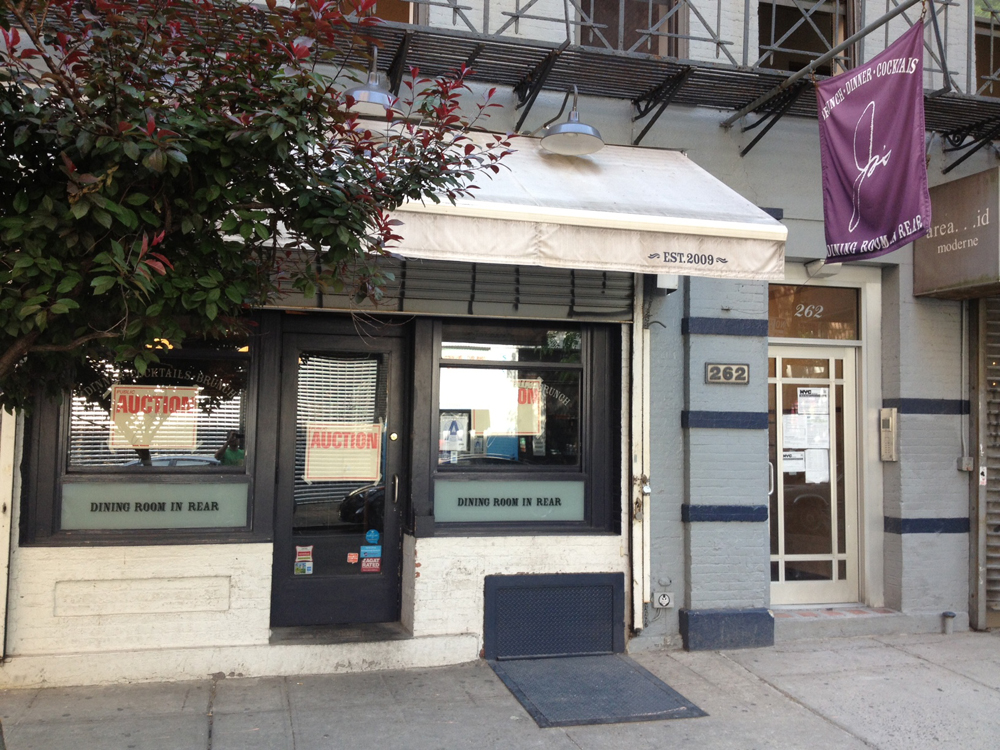 I am writing to you from the basement of Jo's. As I am writing I can hear the pounding and scratching around me of the various workers taking apart our equipment and furnishings sold off to the highest bidder, for pennies on the dollar.

A majority of what is written about restaurants is about the excitement that surrounds them — the openings, the press, the buzz. We sometimes also gather around when there are changes in the kitchen, or some unfortunate drama shuts a place down or changes hands. Very little is written about the last days, and what happens afterwards. It's a lonely place to be.

I got on the phone to let a few people know about the closing personally. I wished I could have called everyone, but honestly it got to be too much. The call went something like this: "I didn't want you to find out from an email, but we are closing Jo's after four years. I want to thank you for being there for us, and without you we could have never made it this far." As I was flipping through my phone looking for the next person to call, I got choked up. The reality was sinking in as I was calling. That's when fate intervened. I received a call from a friend who was expressing much of the same sentiment. Except he was telling me about a major change in his life: his wife was losing her battle with cancer. There is nothing like that to give a person perspective about what's important.

Our restaurant closed for business on May 31. There have never been so many people at Jo's in a night. Friends stopped by who couldn't stay, emails and calls came in from Australia to the UK.

It's been a process to get the vendors paid (not all yet, but soon), ensure that the staff gets their final checks, and return the equipment we rented and leased. We have had the luxury of saying goodbye to the place with the staff alone, and snuck in a late night drink or two while in the process of getting things moved out that we didn't want sold.

At some point, when a restaurant isn't sold, and the landlord isn't interested in keeping it, there is an auction. It's a sale that goes to the walls, with everything going for pennies on the dollar to the highest bidder. Valuable items like All-Clads go piece by piece, but groups of odds and ends go in lots called a "Klondike," deriving its name from the Yukon gold rush. Ours had coat hangers, a first aid kit, and Le Creuset. It's not for the faint of heart. There is something about this that is different from any other form of closing or losing a business. If a movie deal falls through, you don't go back and disassemble what you've made. Many of the restaurateurs were asking why we closed, which also got tiring. After a while I was just telling people, "We are closing because we made too much money and we are moving to Tahiti." This is a grueling, all day process. 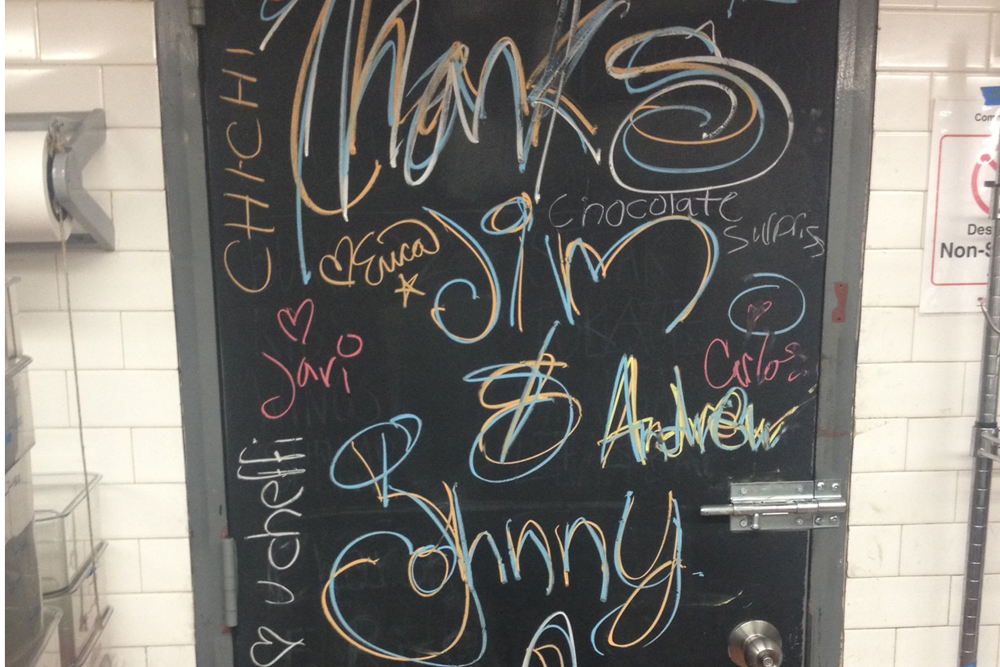 [The last message on the specials board]

Like the restaurant business itself, an auction is populated by a cast of characters. The range of people went from established operators with 10 places, to a young coupIe shopping for items to put in their Basque tapas bar. I realized after talking to a few of them that they, of course, have everything in common with me. These are my people. Those that are not my people are taking anything that is not nailed down.

These are moments that are fraught with reflection. The very evidence of our life here was being removed. A former staffer who came to help out was beside himself as the place was being stripped bare today. "It's like a circle — this place looks like it did when I came for an interview four years ago." I thought, "What's left to say we were ever here?" Well, we didn't run as long as we would have liked, we lasted longer than other restaurants, a glimpse of hope that we were doing okay. In four years many things happened — a young man who came from London picked up the keys to his apartment from me, started a business, met his a lovely young lady sitting on the bench in front of our restaurant, and proposed to her in our dining room years later (we gave them the bench they met on as an engagement gift). A kid who was an intern in our kitchen went from being a curious teenager to working at Bar Boulud and now at Costata.

Even as equipment was getting auctioned off for a fraction of its purchase price, I also remembered that the very first auction I went to was 22 years ago, where I bought my first bar for a song. It was a beautiful solid cherry bar from an Italian restaurant in Tribeca. It helped a lot to have gotten a break on the things I needed most. At Jo's, for every piece of equipment that went for a few bucks, the operator that bought it might have a bit more of a fighting chance. We are part of a cycle here, and it ebbs and it flows, but it never really ends.