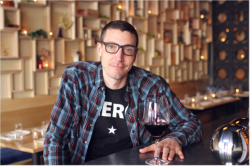 1) Patrick Capiello of Pearl & Ash: Patrick Capiello, the beverage director and partner of Pearl & Ash, joins Joe Campanale, host of "In The Drink," for a somm-to-somm chat on opening a new place. Capiello explains why he prefers to sit down to talk to guests about the list, and offers some insight on his preferred work uniform: his collection of rock shirts. On weathering the critics:

Going through the critical part of it was probably the roughest. We had highs and lows during the review process, and quicker than most people, from what I understand, within a few short weeks we already had people filing reviews on us. There was an immediate buzz?many people have said 'you started with so much internet buzz,' and I think starting off with having a bunch of sommeliers come to friends and family, that was it. 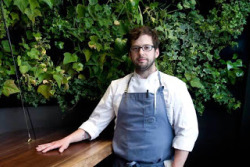 Noma uses a lot of acid; they're all into their vinegars, their acids, their fermentations, their beers and stuff like that. [At Mugaritz] it's more about oils and textures of fish like bacalao, ham, the fat, how it covers your mouth. It's more in that vein and you don't see a lot of acid all over food in Spain. There are a lot of vegetables, but you don't see vegetable cookery as was seen up in Copenhagen, where carrots were the main part of a dish but beef glaze was a small part of it. 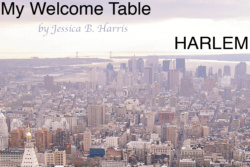 3) Harlem Through the Ages: Jessica Harris of "My Welcome Table" takes listeners on a trip into Harlem as she remembers it. She shares her stories of venturing into the city as a kid from Queens in the 50s and 60s, and heading up for food and rent parties as a student living in the west village in the 70s:

It was a time of progress, but also a time of homesickness and uprootedness, when a trotter and a taste of home-brew could bring relief from the travails of the Northern world that was not the promised Nirvana. Both groups found sustenance and light company in the small eateries that were being formed in the newly nascent black neighborhood. Often run by women who sold plate dinners out of their rooming houses or apartments, these spots grew into small mom and pop restaurants known to those in the neighborhood for providing the fried chicken and stewed okra, the smothered pork chops, hog maws and collard greens--in short, the comfort food the displaced black southerners craved. 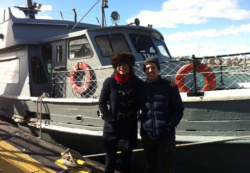 4) Dinner Cruising in the East River: On this episode of "The Morning After," the team behind The Water Table, Brooklyn's first and only New England-style tavern on the water stops by for a chat. Master Captain Kelli Farwell and First Mate Sue Walsh are the duo behind the fully-functional, full-service passenger boat/restaurant, and will start hosting three-hour dinner cruises this summer. On their unique approach to putting together the crew:

We want to create this hybrid position. With all my training experience in restaurants, I know that people want to learn new skills and tools, to move on and do something else if they want. The idea is to get deckhands who get not a lot per hour, and train them in hospitality. So they would get their hourly they would get as a deck hand, they get tipped out, and they learn a new skill. And it gives them incentive to show up, because you definitely can't leave without them. 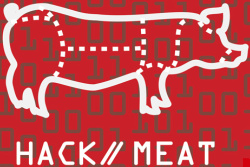 5) Bridging Tech and Meat: HRN reporter Mariana Cotlear talks to Danielle Gould of Hack//Meat: Silicon Valley, a conference of techies, meat men and women, and food industry professionals hoping to reduce waste and spark tech-based innovation that will change the way the country produces and consumes meat. Past events run by Gould and her company Food+Tech Connect have led to projects like Carv, a wifi-enabled meat scale that helps processors better keep track of their product and keep farmers more in touch with processors. On the marvel of generating food industry ideas at a hackathon:

Developers come together and rapidly prototype new products of features, so they'll tackle a problem and over 24 to 48 hours, they'll have a solution...For an industry that takes very long, research and development in food can take a very long time, so to be able to come up with a website or a product in a weekend and then go out and test it is pretty remarkable.