Share All sharing options for: This Month in New York City Dining, 1997

Occasionally, we like to look back on other periods of New York dining. Here now is a rundown of what was abuzz in the city 16 years ago, in June of 1997: 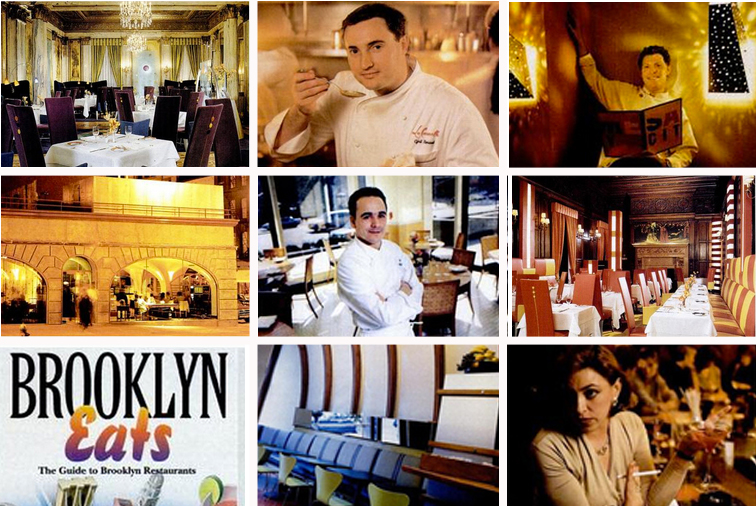 Dining News: Ansonia Goes Green, Renaud at La Caravelle, Bouley's New Bakery
Ansonia closes its cigar lounge, and launches a one-week-only $55 greenmarket menu. Chef Bill Telepan notes: "The Upper East Side has a million places to smoke cigars late at night." This month, a version of the Union Square Greenmarket opens in Verdi Square, thanks in part to support from Telepan. In chain restaurant news, Restaurant Associates decides to unload its faded franchises Charlie Brown's and The Office. 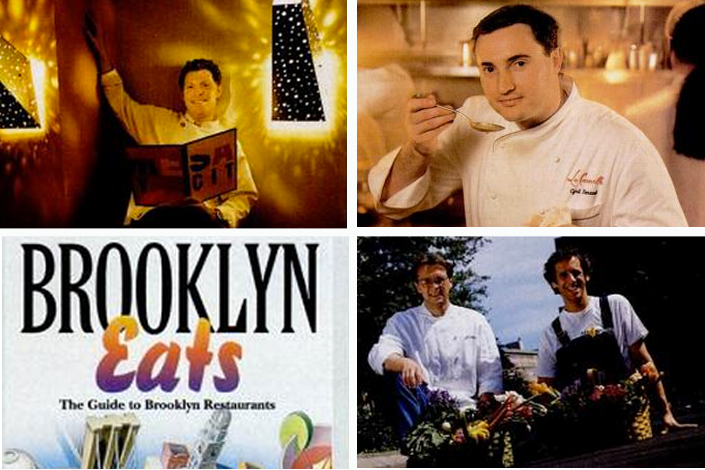 Gael Greene reports that Bobby Flay's white-hot Mesa Grill now takes reservations, so it's easier than ever to sample his "sophisticated cowboy food" like molasses-chili-painted spare ribs and mushroom & goat cheese quesadillas. In an effort to draw attention to the Brooklyn food scene, the Brooklyn Chamber of Commerce publishes a guide to dining in the borough called Brooklyn Eats. And over in Midtown, a Bouley alum by the name of Cyril Renaud takes over the kitchen at La Caravelle. His menu includes things like lobster salad with avocado, and nut-crusted monkfish — French fare with a light touch. 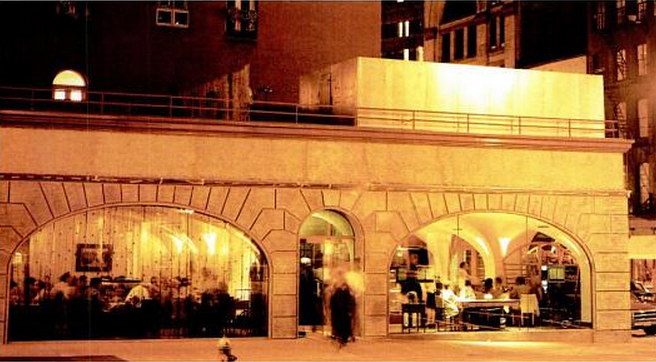 Skate is steamed with fresh chamomile; the taste of the herb is fresh and surprising, and it complements the bright green garlic and spring onion dressing. Duck is served with kohlrabi, Swiss chard and excellent wild rice. Diners are offered what seems like a dozen kinds of bread from a rolling cart. Desserts are delicious. The wonderful wine list has good wines at affordable prices. There is, of course, one very big problem.

Last week the restaurant was accepting walk-in diners, but now the word is out. Reservations will be even harder to get than they were at the old Bouley. This one has just 34 seats.

[It's a Wrap, Russian Vodka Room, Bel-Air]
Openings: It's a Wrap, Russian Vodka Room, Bel-Air
In an attempt to capitalize on a popular food craze, a new Upper West Side restaurant called It's a Wrap opens with a menu full of international wraps. Options include the Elvis Wrap (peanut butter and banana), Thrilla The Gorilla (flank steak with chipotle corn relish), and The Chauncey Gardner (low-fat goat cheese and veggies). On 52nd Street, an ex-Russian Samovar waiter opens the Russian Vodka Room right across the street from his former employer. And in the Village, two former employees of Jean-Claude and a chef from Bouley open Bel-Air, a moderately priced French restaurant on St. Marks Place (filet mignon is $14.50). 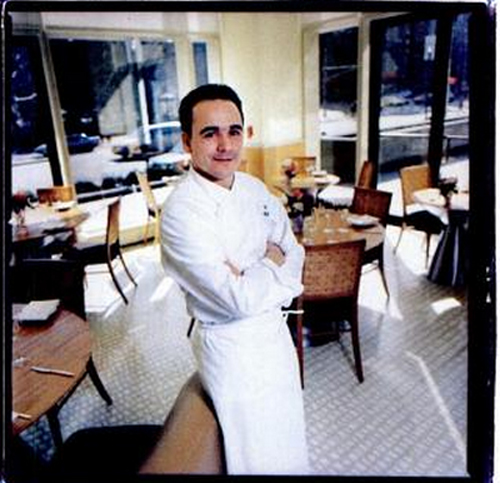 Ms. Ruth awards two stars to Il Valentino on the Upper East Side, and two stars as well to De Rosa on 53rd Street. Reichl also files on one of the most anticipated restaurants of the year: Jean Georges. Ruth writes:

While some restaurants are more concerned with who is in the room than what is on the plate, the people at Jean Georges neither fawn nor intimidate. This is no celebrity restaurant; all over the dining room, waiters bend over the food, carving Muscovy duck steaks dusted with Chinese spices or pouring peppery caramel sauce over poached foie gras, intent on nothing more than their guests' pleasure. Ask for wine advice and the excellent sommelier uncondescendingly recommends reasonably priced bottles. And Mr. Vongerichten has hired both women and blacks, which is worth noting because it is so rare in fancy French restaurants.

The restaurant gets four stars from the New York Times. [Photo: Jean-Georges before the opening of Jean Georges]

Gael visits the recently relocated Le Cirque, which now bears the name Le Cirque 2000. Adam Tihany's flashy dining room is a shock to many of the new guests — those tall chairs make it hard to scope out the famous faces — and Ms. Gael is not completely won over by all of the food coming out of Sottha Khunn's kitchen. On visit six, something clicks:

Both risottos — fragrant porcini and a toss of white and green asparagus with Parmesan — are first-rate, and sole with wild baby asparagus is perfection. The crisped truffled pig's feet still haunt me. But why is this marvelous tripe confined to the bar menu and only on Sunday? I cannot tell yet whether the chef has the stuff of genius. So far there's a sameness to many dishes, too much that's familiar. Hell, I want to feel the earth move...Once the madness simmers down and Sirio has time to taste again, he may spur his team to take greater risks. As he is likely to remind you, "Daniel Boulud wasn't a star when he arrived. He took time to settle in."

Touching Base With Jonathan Waxman 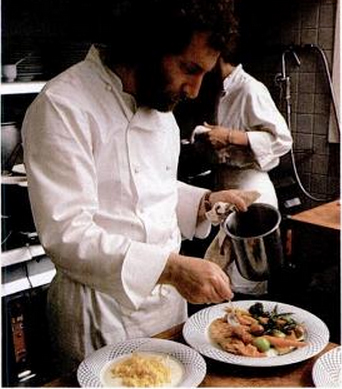 Marian Burros checks in with some of the big-deal chefs of the '80s, including Jonathan Waxman, Barry Wine, Brendan Walsh, Karen Hubert Allison, and Len Allison. After opening four restaurants and closing them, Waxman tells the Times:

I consulted on five other restaurants. I said yes to every charity. I was being indulgent rather than being a businessman. I walked away with nothing...It doesn't kill me not to be part of the restaurant scene...I'd do something if I'd found a space that was real special, but I need a really good business partner. Being a consultant isn't fun, but you can make a living. It's kind of like being a mercenary.

In 2013, Waxman still does some consulting work and some cooking for charity, but his wandering days are over: Barbuto is his home base, and it has been for the last 10 years.
[Photo: Waxman during the heyday of Jams]

· All Coverage of Flashbacks [~ENY~]